Hundreds of thousands of residents took to the streets of Hong Kong Sunday in a largely peaceful protest against a bill that would allow residents to be tried in mainland China. Protesters march on a street during a rally against a controversial extradition law proposal on June 9, 2019 in Hong Kong. Organizers say more than a million protesters marched in Hong Kong on Sunday against a bill that would allow suspected criminals to be sent to mainland China for trial as tensions have escalated in recent weeks. (Photo by Anthony Kwan/Getty Images)

Critics of the extradition bill say residents would face China's less transparent legal system. Beijing had previously allowed Hong Kong to keep its own legal system after the British left the colonised region in 1997.

Here's the history behind why Hong Kong residents staged a mass protest on Sunday.

Hong Kong residents staged a massive protest on Sunday over a bill that would allow courts to extradite Hong Kong residents to mainland China for trial. Protest organisers say 1 million people walked the streets, while the police put the number at 240,000.

The extradition bill would allow officials to send suspected criminals to mainland China to be tried. Critics of the bill argue Hong Kong residents would be subjected to unfair trials and worse legal protections in the mainland.

Hong Kong is a semiautonomous territory in China. The British colonised the area for 150 years. Since handing back the territory to China in 1997, the two governments agreed to allow Hong Kong to retain its own legal systems until 2047. 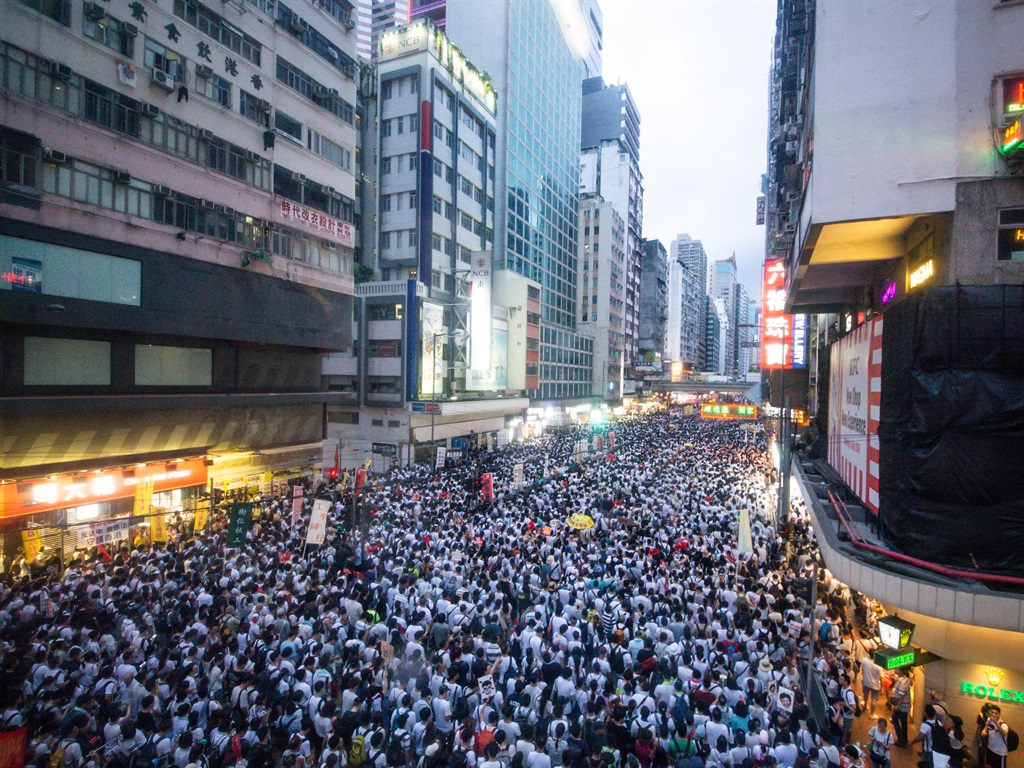 Yet Beijing has tried to undermine Hong Kong's sovereignty, resulting in various protests over the last decade. Another major protest happened in 2014 during the 'Umbrella Revolution,' when residents rallied against mainland plans to pre-screen Hong Kong leaders. Human rights groups have expressed concern about China's use of torture, capital punishment, and arbitrary detention within the legal system. Critics of the extradition law also call out Hong Kong's chief executive, Carrie Lam, for a lack of leadership over the unpopular legislation. Lam introduced the bill in February after a Hong Kong resident murdered his girlfriend in Taipei before fleeing back to his home city, and since tweaked the bill after pressure from the opposition.

Some critics from Hong Kong worry China has already begun overstepping on the city's legal system. A Hong Kong billionaire mysteriously disappeared in January after being into custody in mainland China. A bookseller connected with publications that criticise the communist regime also went missing, before revealing he was taken into Chinese custody.

“I needed to let my voice be heard,” protestor Kitty Wong told the Wall Street Journal. “We need to defend our home for the next generation.”