HIIT myth: Why we've been sold a lie about high intensity interval training - What you should be doing 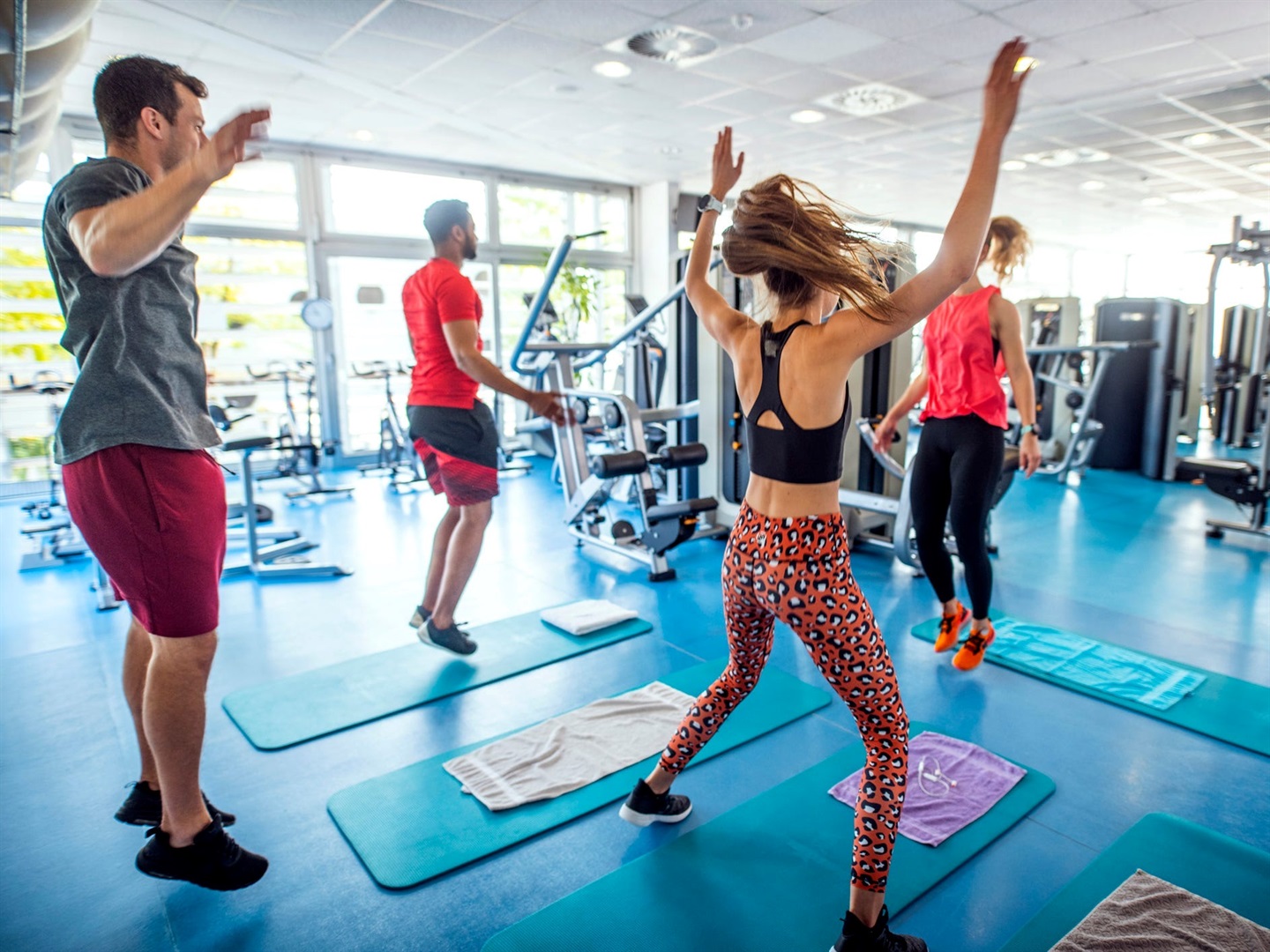 If you don't enjoy HIIT classes, you don't have to do them.
Getty/Azman Jaka

High-intensity interval training, commonly known as HIIT, is hugely popular the world over.

It involves working at a high intensity for short intervals with rest periods in between, and is often marketed as the most effective way to get fit, improve your strength, and lose weight.

However, the commonly lauded benefits of HIIT are in fact inaccurate, as two sports scientists and personal trainers explained to Insider.

The claims we so often hear stem from a misinterpreted 1990s study conducted with elite athletes, but the results should never have been applied to the average person.

When people think they are performing HIIT, it isn't actually high intensity, but the workout is easy to sell.

If you actively enjoy HIIT, it's fine to do it (although not too much). But if you don't, whether your goal is fat loss, strength, or stamina, there are far more effective ways to get there.

The problem began with a misunderstood study

The HIIT myth goes back to a study by Dr. Izumi Tabata conducted in 1996.

Dr. Tabata conducted the study with elite athletes — half of them pedaled on an ergometer at a moderate intensity (measured as 70% of their VO2 max, a measure of the maximum amount of oxygen your body can use during intense exercise) for 60 minutes.

The other half cycled for 20 seconds at an extremely high intensity (170% VO2 max) followed by 10 seconds of rest, for seven or eight rounds, so up to four minutes in total. They also cycled for 30 minutes at 70% VO2 max one day a week.

Both groups trained like this five days a week for six weeks, and by the end of the study, the high-intensity group were found to have burned more calories.

The trouble is, however, that the average person can't even reach 170% VO2 max, so the results of the study cannot be extrapolated to the general public, human movement specialist and elite personal trainer Luke Worthington explained to Insider.

"The intensity at which they worked, 170% of VO2 max, is essentially impossible for anyone but an elite athlete," Worthington explained to Insider.

According to Worthington, reaching 100% of your VO2 max is "complete exhaustion."

"This is when people can no longer continue," he explained. "They're often throwing up and it's a very hard thing to achieve."

In the study, the athletes went up to 70% beyond that. 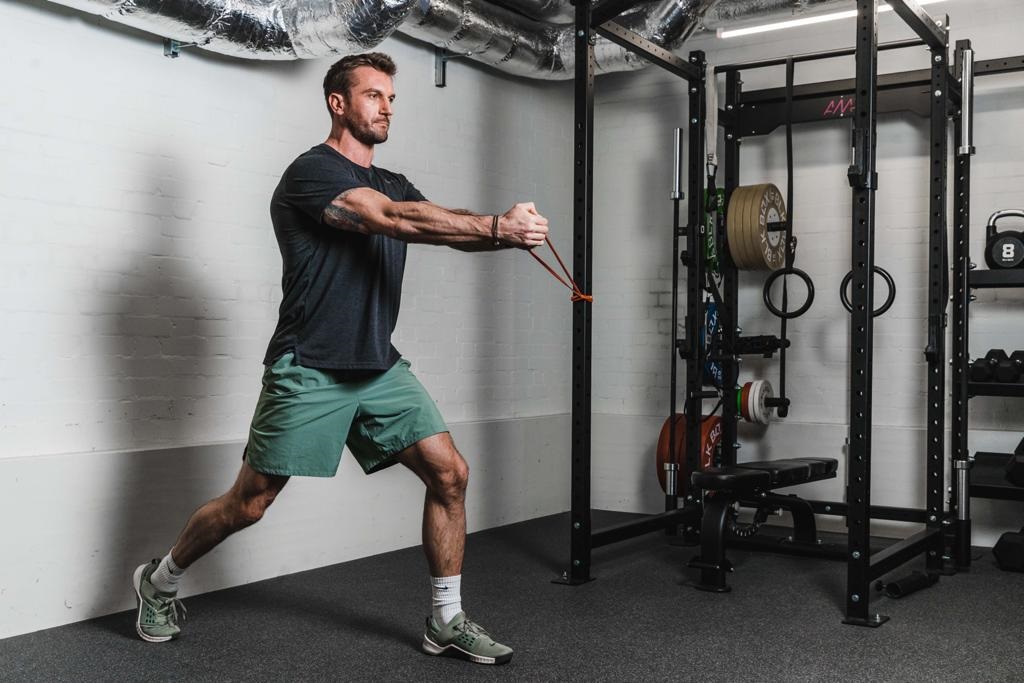 While it's theoretically possible, there aren't many people alive who can reach the required intensity, he explained.

The participants in the study worked for 3.5-4 minutes, and then they could not continue. So if your HIIT class is, say, 45 minutes long, you're not performing real HIIT like in the study.

Christina Montalvo, a certified personal trainer and strength and conditioning coach, agrees that the biggest myth about HIIT classes is that participants are working at high intensities for the duration. "You're not! A true high-intensity interval session cannot be performed non-stop for an entire class," she told Insider.

"As duration increases, intensity drops. Therefore, you may very well be doing intervals, but they're probably not as high intensity as you think.

"Most people do not have the anaerobic or aerobic capacity to be able to sustain a high heart rate long enough to actually sustain the high intensity. What's being called 'HIIT' is oftentimes a long-winded cardio class, which is fine, but not actually HIIT."

HIIT became popular because it's easy to market and deliver

HIIT became popular for various reasons — the promise of incredible results from just a seven-minute workout was easy to sell, but there's also the fact that it's an incredibly easy concept to do on a large scale, whether via Instagram Live or in studios across the world.

"A HIIT class is very easy to deliver, so lots of trainers deliver them," said Worthington.

However, he said that the barrier to entry in the fitness industry is low, so some instructors don't have the sports science knowledge to understand what HIIT really is.

Montalvo agreed, suggesting that the HIIT concept allows trainers to be "lazy" with their programming.

"A trainer will group together a bunch of random movements with a certain work-to-rest ratio, and as long as the participants find it challenging, it's considered a good workout," she said.

"Do you know how easy it is to make people tired during their workouts? So easy!"

HIIT is widely presented as the ultimate calorie-burning, fat-blasting approach to fitness, which has helped it become so popular.

"You leave a fitness class or a workout session and you're exhausted. You're dripping in sweat, you were out of breath the entire time, every muscle in your body is tired — it must have been a great and super effective session, right?

All in favour of personal trainers having to become board certified by a unified governing body- join me in screaming into a pillow! . Until that happens (it may never) rest assured I’ll just be taking the time to make sure you (the client) have enough free information to begin to make empowered hiring/buying decisions. . Idk how much overthrowing of the patriarchy & shit “fitness professionals” little old me can do- but, here’s to trying my little heart out between pillow screams ??????????

"Not really. It's not that simple and there's so much more to fitness than just chasing sensations like soreness and sweat."

She believes another problem is that HIIT is sold as a one size fits all solution.

"It's often presented as the end-all-be-all way for the general population to get fit, when in fact the majority of the population needs an exercise protocol that is more well-rounded by training within a variety of different energy systems," Montalvo said.

To improve body composition, it comes down to diet and strength training

If fat loss is your goal, HIIT isn't a prerequisite.

"You need to be at a slight energy deficit and strength training to maintain muscle mass while losing body fat," Worthington said.

"Going to a HIIT class will not improve your body composition. It might get you exercising, but it doesn't do anything else.

"If you want to lose some weight, look at your diet."

If you want to get stronger or improve your stamina, there are much better ways

As a largely cardio-based workout, many people presume HIIT classes are improving their fitness, and if you started from zero exercise, that may be true.

But if you're looking to improve your stamina and endurance, feeling exhausted at the end of every workout doesn't mean you're getting closer to those goals.

"You may feel beaten up but you're not getting aerobically fitter," said Worthington, who has just launched a progressive workout plan which requires just one set of dumbbells. Taking up running is a better way to get fit than HIIT, according to Worthington.
Luke Worthington

Similarly, it's not the best way to improve strength.

Both Worthington and Montalvo said that just because you go to a class and use dumbbells, that doesn't make it strength training.

"True strength training is methodical and typically much slower in pace than people are used to," Montalvo said.

"If your trainer isn't prescribing sets, reps, and rest times that progress over time, you're not strength training."

Too much HIIT can be dangerous

Even when not being performed anywhere near the intensity of the original HIIT study, doing four or five classes a week can place a lot of stress on the body and make you more susceptible to injury if you're not careful, according to Worthington.

"There's rarely attention to mobility and motor control, so there's a risk of injury and longevity there," he said.

Balance is a fitness industry buzzword right now (and a hashtag of course) - but do we really know what that means? ? ? I often suggest to clients to think of exercise in the same way as diet. We know that broccoli is good for us, but we also know that if we only ever ate broccoli and nothing else we’d become very unwell. ? ? We also know that a few sugary snacks here and there isn’t really going to do any harm, (so long as the rest of are diet has our nutritional bases covered). But if we start replacing our regular meals with chocolate bars then we probably all understand that’s not a smart move.? ? Exercise choices are much the same.? ? No one particular mode of exercise is inherently ‘bad’, so long as we’re covering the fundamentals elsewhere. ? ? Just the same as only ever performing one particular exercise mode because we know it to be ‘good’ means we neglect others and often wind up hurt.? ? A balanced exercise regime should address all five forms of measurable wellness:? ? Muscular strength ? Work capacity ?(cardio fitness) Movement quality ? Body composition ? Emotional wellbeing ? ? The proportions of time spent on each of these depends of course upon an individual’s starting point, and particular goals, wants, and needs.? ? But - every persons regime should be consistently addressing all five in some form or other . . ?? @skosh23

And when people start to chase the endorphin rush of having completed a HIIT class, they ultimately have to push themselves harder and harder, which can increase the injury risk.

"Many people are far more stressed than they even realise, so adding HIIT as their primary (or only!) exercise option to the mix has the potential to be a disaster," Montalvo said.

"We're looking at an increased risk of injury, excess cortisol production, burn-out, excess fatigue, and so on.

"That's not to say that everyone will experience these things as bio-individuality needs to be considered, but it could be a matter of time for any given individual to experience the adverse effects of a high-intensity-only protocol."

While there's nothing wrong with doing the occasional HIIT class if you enjoy them, people shouldn't be under any illusion that it's required to reach their fitness or fat loss goals.

"If you enjoy being yelled at and doing star jumps and burpees, that's fine, but HIIT is not a silver bullet," Worthington said.

"You're just moving around and getting sweaty, which is a completely valid thing to do, but if someone is trying to improve their body composition, they need to be looking at energy balance and strength training basically."

It's not hard to create a workout that leaves people sweaty, sore, and tired, but that's all HIIT does really, and it's not going to give people the benefits most of us are after.

"It cannot be 'balls to wall' every single workout for weeks, months, and years on end," Montalvo said.

"If your trainer, your coach, or your gym is only able to make you tired, sweaty, sore, and out of breath, you're missing out on a lot of key benefits to training from things like improved mobility for joint health and improved strength for quality of life, and so much more."