6 weird things your cat does, explained by experts Cats do a lot of things that humans just don't understand.
iStock

Whether they're acting on instinct or trying to achieve a goal, cats sometimes behave in mysterious ways that can be tough for humans to understand.

INSIDER spoke with Richard Gowan, senior veterinarian at The Cat Clinic and Nikki Johnson, animal behaviorist at RSPCA Victoria to better understand the weird things your cat does and why exactly they do them.

Here are the explanations behind some seemingly strange cat behaviors.

When a cat chatters, they could be trying to mimic the chirping sounds that birds make. When a cat is looking out the window and spots a nearby bird, you might hear them begin to chatter, making noises that sound quite similar to a bird's chirp.

"Lots of people think chattering is an expression of frustration that the cat can't reach the bird," explained Johnson. "But recent studies of wild cats in the Amazon rainforest shows that [may not] be the case."

Johnson said that researchers found that wild cats sometimes mimic the noise of monkeys, their prey, while in the rainforest. So a popular theory is that when domestic cats chatter they're actually trying to imitate birds so the winged creatures will come closer.

But a cat's chattering could also just mean they are just very excited about seeing birds, per Cat Health.

When cats knead or "make biscuits" with their paws, it's not exactly a sign of affection. When a cat kneads their paws, they are moving their paws up and down and it appears as though they are handling imaginary dough or "making biscuits."

"Domestic and wild cats knead," said Gowan. "This action could be a marking instinct as the cat releases hormones through their feet. [They] might do it on your bed to mark it as theirs."

Although kneading might primarily be an instinctual marking behavior, it could also be something cats find comfort in doing.

"When cats are young they will knead their mothers to stimulate milk production," Johnson told INSIDER. "We think adult cats knead because it's connected with the soothing and comfortable practice from when they were kittens. It's the same reason some cats drool. They are both little behaviors left over from kittenhood."

Even though it doesn't look comfortable, your cat probably feels pretty secure in tiny containers and small boxes. "You will see tigers exhibit the same behavior in zoos when given access to boxes," Johnson told INSIDER. "We think it's linked with a feeling of safety and security. If you have your back against the wall you can see everywhere."

When your cat brings you something they've hunted, they're just following their instincts. 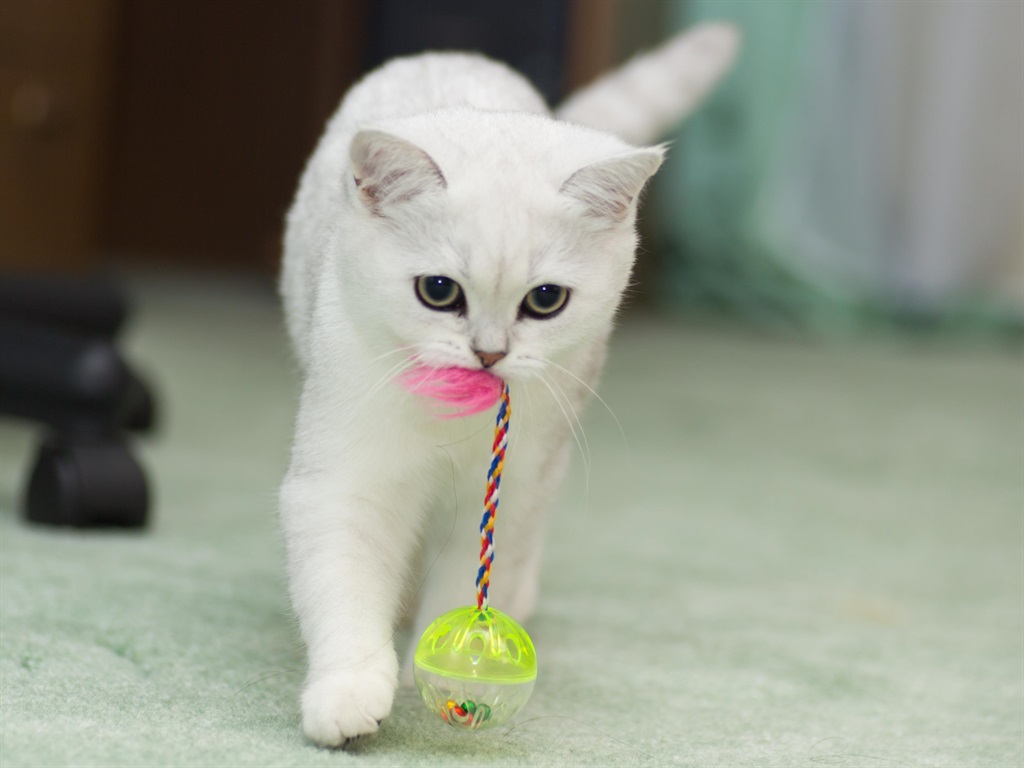 Cats are natural-born hunters, so if they catch something such as a lizard, bird, or mouse, they will typically bring it back to their place of safety. In most cases, that happens to be your home.

And when a cat brings you something it's hunted, it's not exactly a present - it's dinner. In many cases, they bring you something that they feel you probably couldn't have caught yourself, per Live Science.

If a cat nudges or headbutts your leg, it's probably not asking for pets. If a cat saunters toward you and butts their head against your leg, you may think they want you to pet them. This isn't always the case.

"We, as humans, perceive headbutting as a sign of affection but the cat may not tolerate you bending down to pat it," Gowan told INSIDER. He said when a cat headbutts your leg, they may just be marking you with their scent glands.

"Cats have limited scent glands around their body," explained Gowan. "They have these glands around their feet, face, and bum. So generally, when cats do things like kneading, scratching, or headbutting, they're actually marking you with their glands."

When your cat refuses to use their litter box, they may be trying to tell you that it's not up to their standards. Per Web MD, your cat might avoid the litter box if it's not clean enough for them, there's too much or not enough kitty litter in the box, or if they don't like the type of box or the location it is in.

"From a human perspective, you think, 'Bad cat, you peed on the floor!' But the cat might be thinking, 'No, your litter-box management isn't up to my standards,'" added Gowan.

Keep in mind that if your cat isn't urinating or defecating at all, they may actually have a medical issue, so you may want to see a vet if this seems to be the case.