Several young doctors in China have died of the coronavirus. Medical workers are far more vulnerable 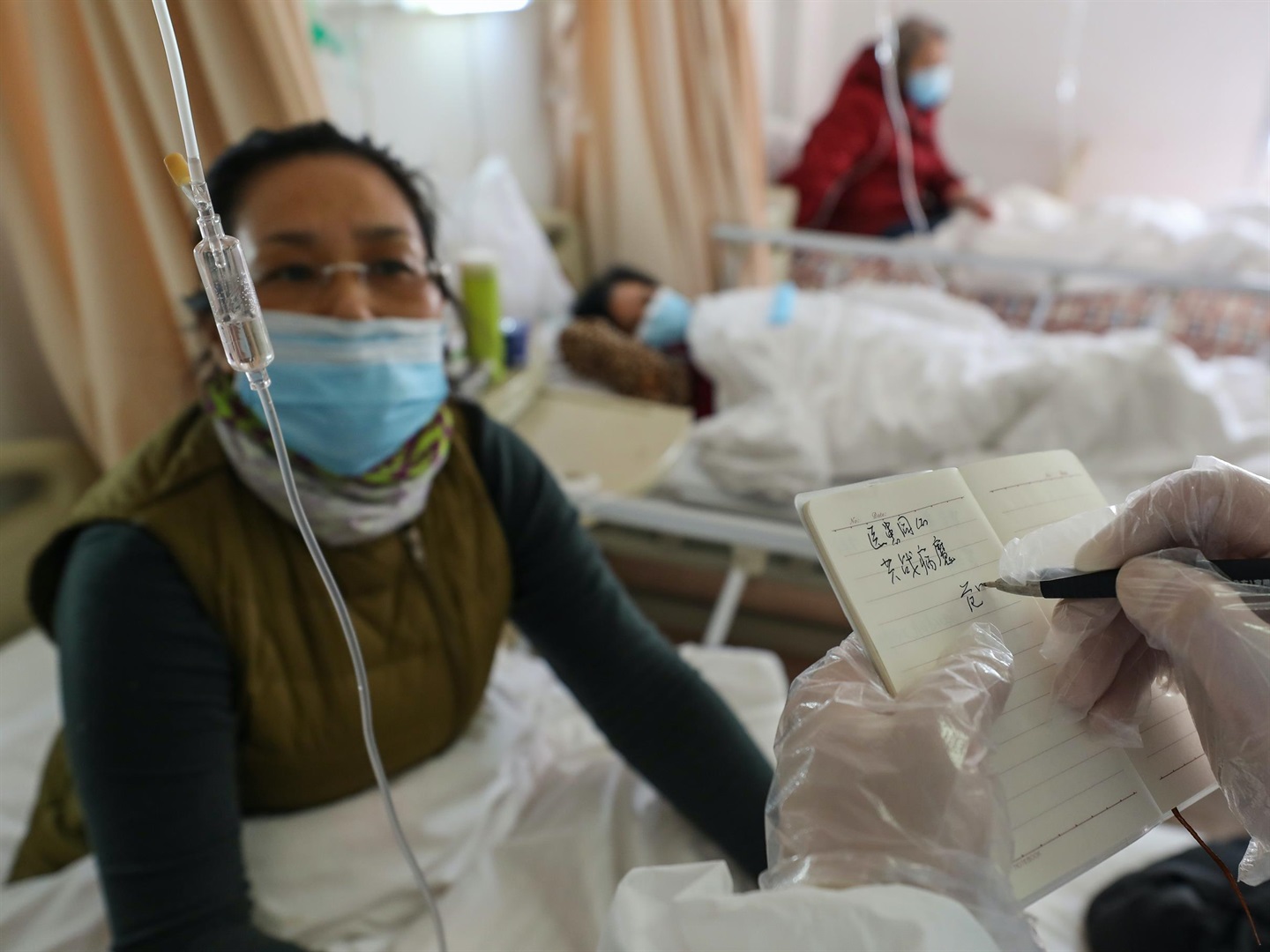 Fan Zhongjie, a respiratory doctor in charge of about 30 critical COVID-19 patients in a Wuhan hospital, writes encouraging words for a patient on February 25, 2020.
Feature China/Barcroft Media via Getty Images

Peng Yinhua, a 29-year-old Chinese doctor, planned to marry his fiancée on February 1. But as the coronavirus outbreak grew, Peng postponed his wedding to help treat patients in Wuhan. He died of the disease on February 21.

Peng was one of at least eight healthcare workers who have died of the virus. Another young doctor, Li Wenliang, died February 7, leaving behind a son and pregnant wife. Li, who was 34, had been censored after sounding the alarm about the coronavirus to fellow medical-school alumni.

Another doctor who worked with Li, died from the virus as well. Mei Zhongming, a 57-year-old ophthalmologist, caught the virus while he was working at the Wuhan Central Hospital, according to the South China Morning Post.

He is the third doctor from that hospital to die from the virus, SCMP reported. Jiang Xueqing, the 55-year-old head of thyroid and breast surgery, died from COVID-19 as well.

As of last month, more than 3,300 healthcare workers in China had been infected with the coronavirus, the LA Times reported. About 90% of those cases are in the Hubei province, where the outbreak began two months ago.

The deaths of doctors in their 20s and 30s naturally sparks concern about the coronavirus' risk to younger people, but according to China's National Health Commission, about 80% of people who have died from COVID-19 were over the age of 60.

Rather, the doctors' deaths highlight an unfortunate reality of any new and evolving outbreak: Healthcare workers on the front lines face a higher risk of contracting the disease.

Why healthcare workers are especially at risk

Healthcare workers are particularly vulnerable to COVID-19 for a handful of reasons. First, the coronavirus is highly contagious, and medical staff members are exposed to more viral particles than the general public because they interact with so many sick people.

Research published earlier this month found that of 138 patients studied at one Wuhan hospital, 29% were healthcare workers. One coronavirus patient was initially sent to the wrong because they displayed atypical symptoms, so went on to infect at least 10 medical workers.

Second, healthcare workers in China have dealt with a shortage of supplies like masks, suits, and protective gear. That makes staff even more susceptible to the virus while treating patients.

Third, China's medical staff is overworked. At the end of January, the Washington Post reported that hospital staff in Wuhan were wearing adult diapers because they didn't have time to use the bathroom in between treating coronavirus patients.

China has less than two physicians for every 10,000 residents, according to the WHO.

When medical staff get sick, these problems compound.

"Just a very rough estimate, 100 nurses and doctors can look after 100 ordinary beds and 16 ICU beds," a Chinese hospital doctor - who was kept anonymous due to fears about losing his job - told the South China Morning Post earlier this month. "If they are sick, not only do they occupy 100 beds, but the staff taking care of 100 beds are gone. That means a hospital loses the capacity of 200 beds. That is why the authorities have to keep sending medics over to Wuhan, not only because there are not enough beds, but because of a lack of health doctors and nurses to take care of the sick beds."

The Ebola virus killed more than 11,000 people in west Africa between 2013 and 2016. According to the World Health Organization (WHO), healthcare workers were between 21 and 32 times more likely to be infected with Ebola than people in the general adult population. The risk of acquiring Ebola was 100 times higher for healthcare workers in Sierra Leone than the general population, a 2014 study revealed.

Around 20% of people who got SARS during that outbreak in 2002 and 2003 were medical workers. One highly contagious patient - a "super-spreader" - infected 50 healthcare workers.

The coronavirus has killed almost 2,900 people and infected more than 83,000 since December. The vast majority of cases and deaths, about 95%, have been in China, though ases have been reported in at least 56 other countries. (Read Business Insider's latest updates here.)

So far, research suggests older people with pre-existing health conditions are most likely to die. About 80% of people who died in China were older than 60, and 75% had other medical issues, according to a recent report from China's National Health Commission. A study of 17 patients who died from coronavirus complications reported that their median age was around 75. Many had health problems like high blood pressure and Parkinson's disease.

Tragedy on the front lines of the coronavirus epidemic

Chinese authorities announced on February 23 that medical workers across the country will get salary bumps.

"For those working at the frontline in Hubei province, the temporary subsidies and one-time paycheck for extra work should be doubled and tripled, respectively," a statement from China's State Council said.

Council members also confirmed that healthcare workers' living expenses would be taken care of and doctors would get days off. Those changes, however, came after the eight healthcare workers died.

Li died a month after he sent out the warning message describing patients in Wuhan with a worrisome pneumonia-like illness. Wuhan police had forced him sign a letter saying he was "making false comments.

Neurosurgeon Liu Zhiming, a 51-year-old director at the Wuchang hospital in Wuhan, died of the coronavirus on February 18.

Peng, who worked in respiratory and critical care at the First People's Hospital in Wuhan, had planned to marry his pregnant fiancée during the Lunar New Year holiday, according to China's Xinhua news agency.

Aria Bendix and Holly Secon contributed reporting to this story.