Elon Musk joked that McDonald's should accept Dogecoin. Here's why that doesn't make any sense. Billionaire Tesla CEO Elon Musk is willing to put his money where his mouth is: "I will eat a happy meal on TV if McDonald's accepts dogecoin," he said on Tuesday morning.

His proposal appeared to be a subtle, joking reference to a tweet from McDonald's. "how are you doing people who run crypto twitter accounts," the account said on Monday afternoon amid volatility on the stock market and in cryptocurrencies like bitcoin, which hit a six-month low on Monday afternoon that was nearly half its November 2021 all-time high of $69,000.

Joke or not, Musk incidentally highlighted just how ridiculous it would be to pay for McDonald's with crypto.

McDonald's, of course, doesn't accept any form of cryptocurrency as payment. You can't buy a Big Mac with bitcoin, nor a double cheeseburger with dogecoin.

That's because enabling customers to pay with cryptocurrencies would be expensive, extremely niche, and significantly slower than the current payment options.

We don't need to look very hard to find a prime example of the problem with paying for goods with cryptocurrency.

Take these two "The Works" pizzas from Papa John's, for instance. 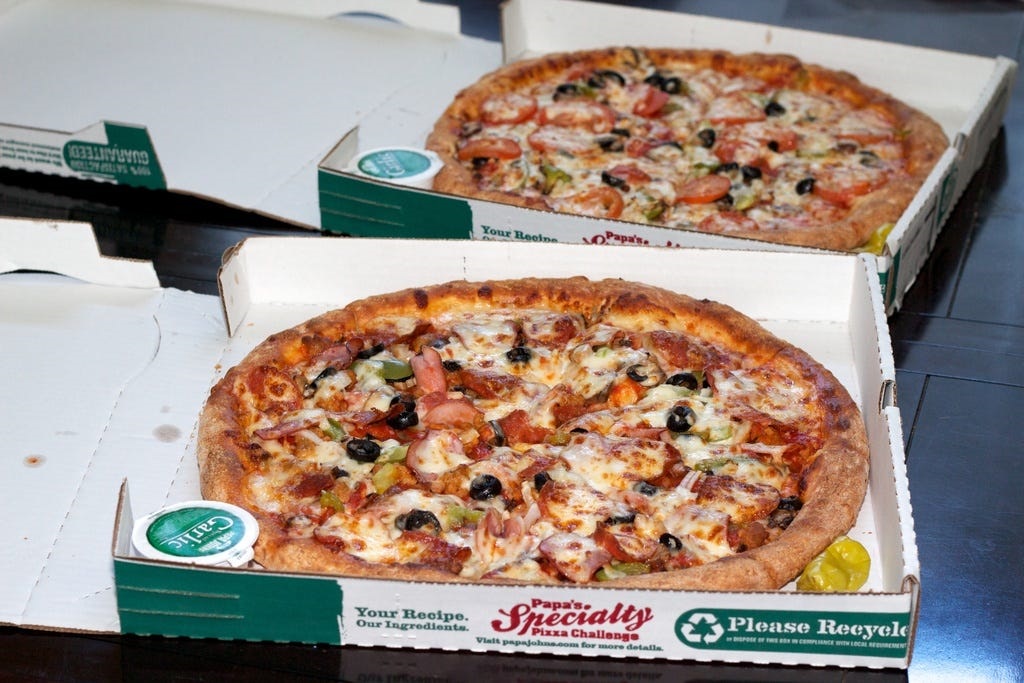 Over 10 years ago, in May 2010, Jacksonville resident Laszlo Hanyecz paid 10,000 bitcoin for the two pizzas seen above.

At the time, 10,000 bitcoin was worth about $25 — a reasonable price to pay for two fully-loaded pizzas.

Would you pay $379 million for two Papa John's pizzas?

The issue goes in both directions — look no further than the last five days of bitcoin value fluctuation for an idea of just how volatile it is: For McDonald's, this would mean that the price of its goods would be in constant fluctuation to match the fluctuation in value of crypto. The price of a double cheeseburger would vary wildly, making it impossible to operate a business.

But price volatility is just one aspect of why using cryptocurrency to pay for goods is such a boondoggle.

The cost of doing business

Like stocks, cryptocurrency exists on exchanges where fiat currency (like the US dollar) can be exchanged for crypto.

More critically, these gas fees are variable, and, like the value of crypto itself, change constantly. There are entire websites dedicated to tracking gas fees across different crypto platforms.

For a business like McDonald's, the number of variables involved to simply sell a hamburger to a customer paying with crypto renders the idea ridiculous on its face.

Unfortunately, it sounds like we're not going to see Musk eat that Happy Meal on TV anytime soon.