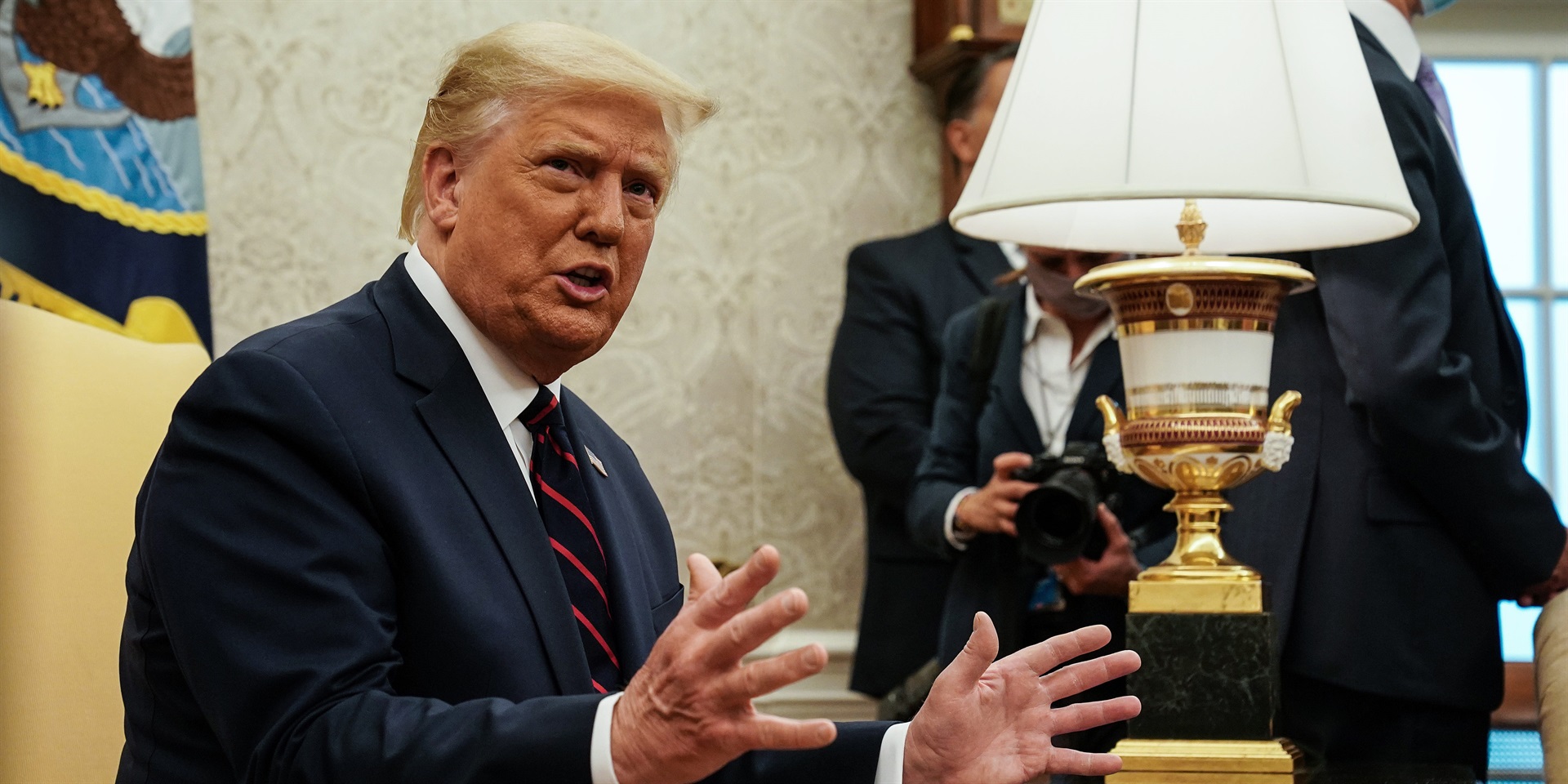 President Donald Trump talks to reporters during a meeting with Iraqi Prime Minister Mustafa Al-Kadhimi in the Oval Office at the White House on August 20, 2020.
Anna Moneymaker-Pool/Getty Images

US President Donald Trump is prepared to present news of a "major therapeutic breakthrough" for treating the coronavirus, White House Press Secretary Kayleigh McEnany claimed in a tweet.

"News conference with President @realDonaldTrump at 6 pm tomorrow concerning a major therapeutic breakthrough on the China Virus," McEnany said in a tweet, adding that Secretary of Health and Human Services Alex Azar and Food and Drug Administration commissioner Dr. Stephen Hahn were both expected to join the president later Sunday.

According to a Sunday tally from the Centers for Disease Control and Prevention, there have so far been more than 5.6 million cases of Covid-19 in the United States and at least 174,645 deaths from the disease caused by the novel coronavirus.

As the race for a vaccine continues in the US and around the globe, Trump has grown frustrated with the FDA, claiming in a Saturday tweet the agency was part of a "deep state" conspiracy and was "making it very difficult for drug companies to get people in order to test the vaccines and therapeutics."

"Obviously, they are hoping to delay the answer until after November 3rd," he said in the Saturday tweet.

"We're not going to cut corners in any kind of research we can do, but what we will do is cut the red tape," he said, as reported by Axios. "And what the president was specifically addressing was something that I've been involved with over the last three or four weeks, is a real frustration with some of the bureaucrats to think that they can just do this the way they normally do it."

While there has been no vaccine or COVID-19 cure, doctors have found varying degrees of success in recent months using Remdesivir, which is currently the only FDA-approved drug to treat COVID-19. Trump for months has touted hydroxychloroquine as both a treatment and preventative measure for the novel coronavirus, despite a lack of scientific evidence to support his claims.