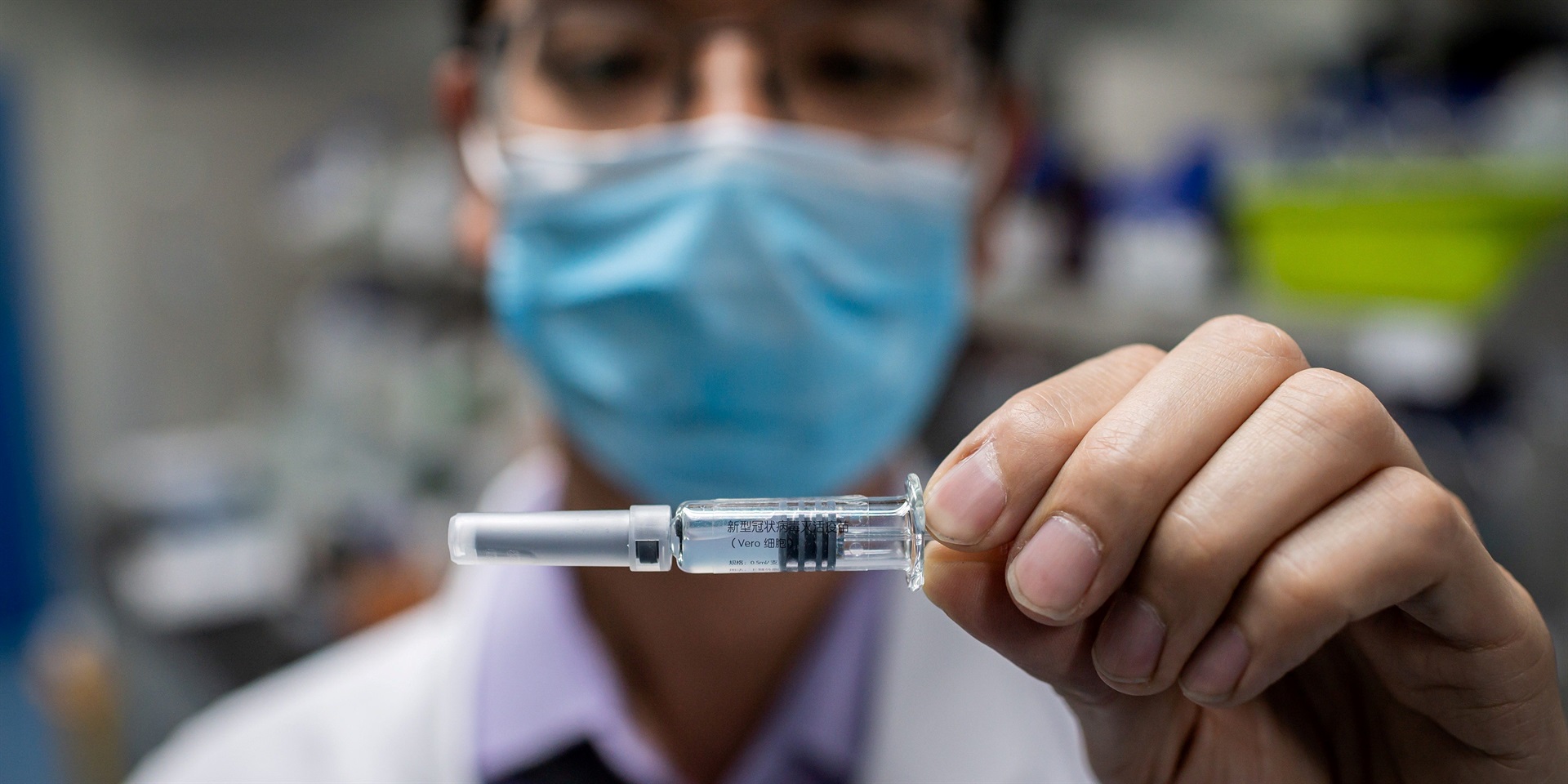 Experts who have been studying viruses and vaccines for decades don't agree on when they'll get a vaccine.

The drugmakers behind the leading Covid-19 vaccine candidates expect conclusive results by the end of this year, potentially as soon as October, that demonstrate whether the shots prevent disease. These final studies, called phase-three trials, are enrolling tens of thousands of volunteers to determine whether or not these experimental vaccines outperform a placebo group.

But it's unclear how comprehensive that data will be. In interviews with five experts in vaccines and virology, Business Insider asked experts how they plan to assess the data and ultimately decide for themselves if they'd get the shot.

Some were confident they'd get vaccinated if US regulators determined it was safe and effective and recommended it for their age group. While they generally hope a vaccine will be highly effective, they'd also settle for a shot that's less effective, more in line with the seasonal influenza vaccine that can be around 50% effective some years.

Others want more specific data, either that represents their specific demographic group or long-term follow-up results for safety and effectiveness.

Here's what it would take for five infectious-disease experts to feel confident getting a COVID-19 vaccine.

Richard Condit has been studying viruses for several decades in the lab.

While he's well-versed in virology and infectious diseases, his primary expertise isn't vaccine development. That leads him to trust the scientists most closely involved with these shots, he said. "I'm going to trust the people running the trials," he said. "If they say we have enough disease in the control group, so that we can say statistically this is a certain acceptable level of efficacy, and we haven't seen significant adverse effects, I'm probably going to go for it."

The 72-year-old retired virologist said he's closely watching for signs of political pressure on vaccine decisions. Condit said he trusts the pharmaceutical companies along with the scientists at the Centers for Disease Control and Prevention and the Food and Drug Administration, but he does not trust the Trump administration. "I trust what [Trump] would call the 'deep state,'" he said.

"I don't say I'll go ahead and get the vaccine without reservation," Condit said. "There's a little bit of nervousness associated with that, but I'm 72 years old. I'm very healthy, but age-wise, I'm in a group that has sufficiently high risk ... There's significant probability that the benefit of being vaccinated exceeds the risk of that crappy outcome from getting the disease."

Condit said ideally a coronavirus vaccine would be 80% or 90% effective. But he'd also still take one that was less effective but still helpful, such as one that reduces the chance of getting COVID-19 by 50%.

"If I can get a vaccine that reduces my chances of getting this crappy disease by 50%, I'll take it," he said, adding a 50% effective vaccine "is probably a stopgap measure that makes us safer but not completely safe."

Microbiologist Deborah Fuller thinks about getting a vaccine as a societal decision, not an individual one

Deborah Fuller, a microbiologist at the University of Washington, said she thinks about getting a vaccine differently than most.

As a vaccine developer herself, she often thinks about getting shots for the the benefit it'll have to the population as a whole, rather than if getting the vaccine will benefit her. An effective vaccine will help build herd immunity and ultimately protect a society against a disease.While she'd love a shot to be highly effective at preventing disease, she'd also still get a shot that was modestly effective.

"I'd be okay with a vaccine that is 50% effective, and I would get it if it was available," Fuller said.

She added that a vaccine can still be a major benefit if it can reduce the severity of disease, even if that means vaccinated people may still wind up getting infected and getting sick to some degree.

"People think of it as a black-and-white thing, that if I take a vaccine I won't get sick at all," Fuller said, adding the reality is mor nuanced.

While people may be mad if they get vaccinated and still wind up experiencing illness, Fuller said they may not get as sick as they would've gotten without the vaccine.

Dr. Jesse Goodman, former top scientist at the FDA, wants to 'look at the real data and make a decision'

Dr. Jesse Goodman, the former chief scientist at the FDA, said he wants to review the actual data before making a final decision, wanting evidence that it clearly works.

"If I saw a vaccine that was clearly effective in a large phase-three trial, and I thought that evidence was convincing and there weren't safety signals that bothered me, I would likely go ahead," said Goodman, now the director of the Center on Medical Product Access, Safety and Stewardship at Georgetown University.

Goodman emphasized the importance of seeing the actual trial results in peer-reviewed journal publications and being presented at public meetings like the FDA's advisory committee meetings. He said drug companies oftentimes will highlight positive results and diminish any negative findings in press releases.

"As an infectious-disease and vaccine expert, I'm going to want to look at the real data and make a decision," he added.

Vaccine inventor Dr. Paul Offit: 'I want to make sure my group is represented'

Study results will have to show how safe and effective an experimental vaccine is for people in his age group for Dr. Paul Offit to feel comfortable getting the shot. "I want to make sure my group is represented in the study," said Offit, director of the Vaccine Education Center at Children's Hospital of Philadelphia. "I'm over 65. Has my group been adequately studied, and how effective is it, and what we do we know about safety?"

Offit said he hopes a Covid-19 vaccine can slash the chances of getting moderate or severe disease by 70%. But "anything greater than 50% is a value," he added.

Offit is the co-inventor of the rotavirus vaccine and a pediatrician at Children's Hospital of Philadelphia. He emphasized the choice isn't between getting a vaccine and doing nothing.

A vaccine could be another valuable weapon against the virus, in addition to ones we already know like social distancing and mask-wearing.

"If you gave me the choice of a 75% effective vaccine, or you can wear a mask as you're walking through the hospital, I choose the mask," Offit said.

Longtime biotech executive William Haseltine has a significantly more cautious perspective on a new vaccine than other experts.

He wants to see long-term safety and durability data before getting a shot himself, or recommending one to his family.

"When people ask me, 'Are you going to take that vaccine Bill,' my answer is I'm going to wait a couple years, me and my family" he said. "In the meantime, I'm going to continue my life in the country." Haseltine is a former Harvard medical professor, where he founded two research centers focused on HIV/AIDS and cancer. The virology and infectious-disease expert is now chair and president of ACCESS Health International, a nonprofit healthcare think tank. He also founded and led several biotech companies, including Human Genome Sciences, which was eventually bought by GlaxoSmithKline for $3 billion.

His primary concern is theoretical. He is worried that long-term follow-up data will show protection from these vaccines waning. In particular, he is worried that could leave people more vulnerable to infection, and potentially make the resulting disease more severe after getting the vaccine.

While this risk, known generally as antibody-dependent enhancement, has been seen in other experimental vaccines, recently against the Dengue virus, no data has yet to flag that as an issue for this novel coronavirus.

Still, Haseltine said he wants to see the long-term data before getting the shot to assuage his concerns.

Related Links
Fauci says no one in the US administration has seen vaccine data despite Trump's boasts that the...
Engagement on anti-vaxx Facebook pages more than tripled from July to August, analysis shows
China says it could have a coronavirus vaccine ready to use as early as November
Next on Business Insider
Malcolm Gladwell works remotely and starts his day on the sofa, says working from home is not ideal