We messed up on WhatsApp. Here’s what our readers suggested as punishment.

It took just a moment of thoughtlessness for a colleague at a sister publication to accidentally send a message to the entire Business Insider South Africa subscriber base on WhatsApp this weekend. On a Sunday morning. In Afrikaans. Without the context, for even those who can understand the language, to figure out what the hell was going on.

Sorry again about that. 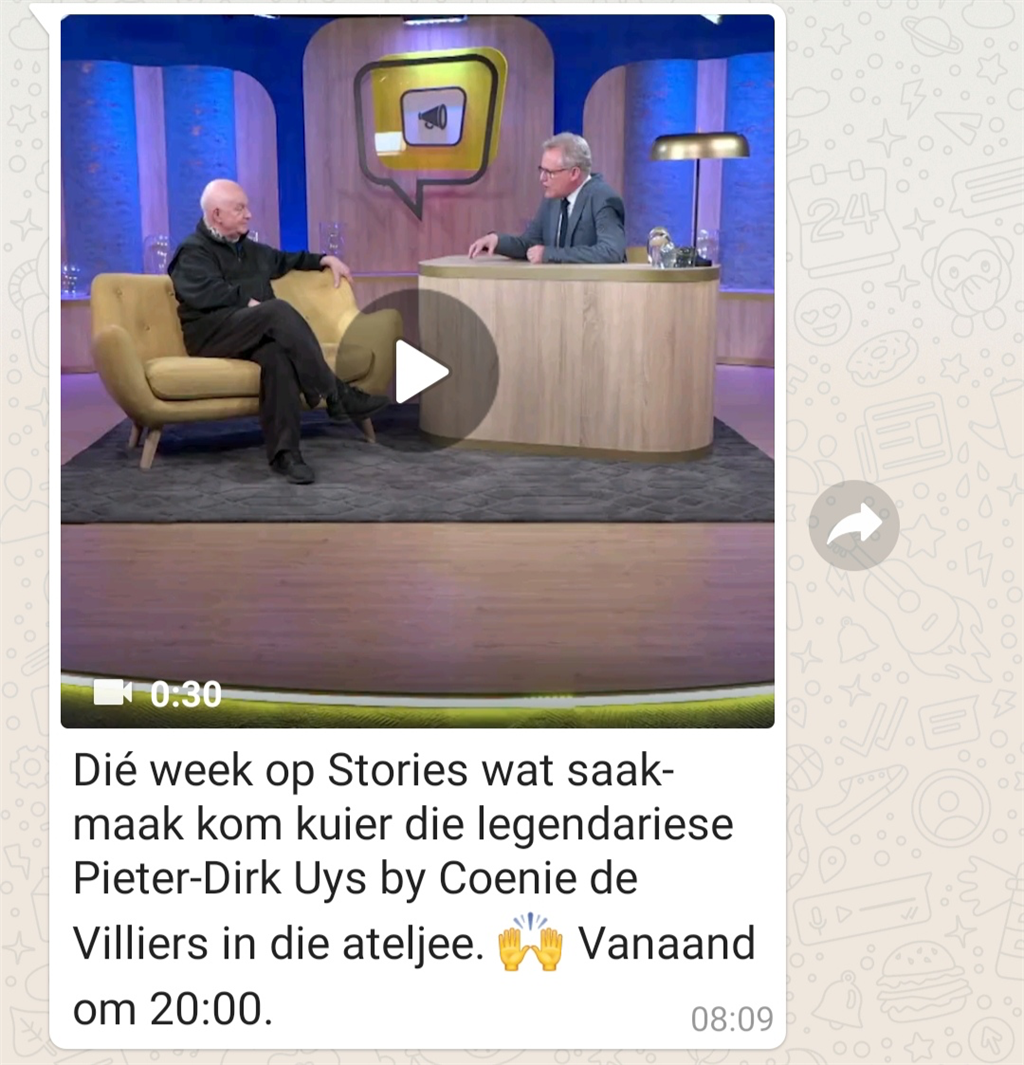 Because of the nature of the technical infrastructure behind our WhatsApp broadcasts, there was nothing we could do, no way to stop the message from going out, no way to recall it, and no way to delete it.

All we could do was apologise – and start plotting our vengeance, in conjunction with the readers whose time we had wasted.

We asked for "any ideas" to help us dream up a suitable punishment for the person who pushed the wrong button, sending out an unwanted WhatsApp message to tens of thousands of people. Here's what you suggested.

(We understand that pesky labour legislation and human resources regulations – and laws to prevent war crimes – may get in the way of a few of these ideas, so we can't promise anything just yet, but we'll see what we can do.)

Cutting bits off, and other forms of maiming.

A disturbingly large number of people thought that removing small portions of the offender would be appropriate, mostly a finger, or fingers, which is at least somewhat apt considering the crime.

One person suggested a tattoo – specifically a "really bad" one.

Other forms of permanent damage suggested often involved inserting things not meant to be inside people into various places, including a spring.

Corporal punishment was a popular suggestion, though with very little consensus on the required severity of the beating. One reader suggested 5 lashes, another suggested 40 lashes. There was also a proposal of 100 lashes – with a wet celery stick – and 50 lashes with a string of spaghetti.

We checked, and that is cooked spaghetti.

One step down from a spanking, some of our readers felt that forcing the consumption of seriously spicy food would be appropriate, even though it sounded rather like they were proposing giving someone a nice lunch for making a mistake.

Other things we were supposed to give the person we were hoping to torture also included tequila, and a Bells, the number one alcohol-related suggestion.

A couple of people thought they, or our team, were owed a nice breakfast at 8AM on a Sunday. Some suggested that the perpetrator should offer lunches or sandwiches at the office in recompense. A couple suggested cake or donuts instead.

But by a very large margin, the one free thing most readers thought should be offered in recompense was coffee, either made for everyone at the office or brought in from a fancy coffee merchant every morning for some set period of time.

Internet deprivation – as well as an actual holiday.

The idea of giving the guilty party a holiday from the internet, for a duration ranging from a couple of hours to much longer, came up a lot – phrased as though this would be a punishment instead of a rather nice break.

Others directly suggested that anyone who makes such a mistake should be given the rest of the day off, or a week of leave, or a holiday in the Maldives or Plettenberg Bay.

The video we sent out by mistake features legendary performer Pieter-Dirk Uys. A large group of people each individually suggested that the button-masher should be made to dress up as Uys' alter ego, Tannie Evita Bezuidenhout, and some wanted to see this ersatz Evita do menial things like wash windows.

In a different costume suggestion that will haunt our nightmares for some time to come, a reader also wanted to see our accused dressed up as a giant baby, while dancing to 2012 smash hit Gangnam Style.

Asked to help us come up with a punishment, an outright majority of of readers said we should, instead, forgive. Some said Sunday was a day when forgiveness should be uppermost, others pointed out that it was Spring Day and that a fresh start would be appropriate.

"Mistakes happen", some said, or "we all do wrong once in while".

And this is true. On the other hand, it would be such a pity to miss out on the idea of giant bucket of ice water, so we're going to have to give that some thought.

If you want to receive our daily WhatsApp email - only on weekday mornings, unless we mess up – click here.