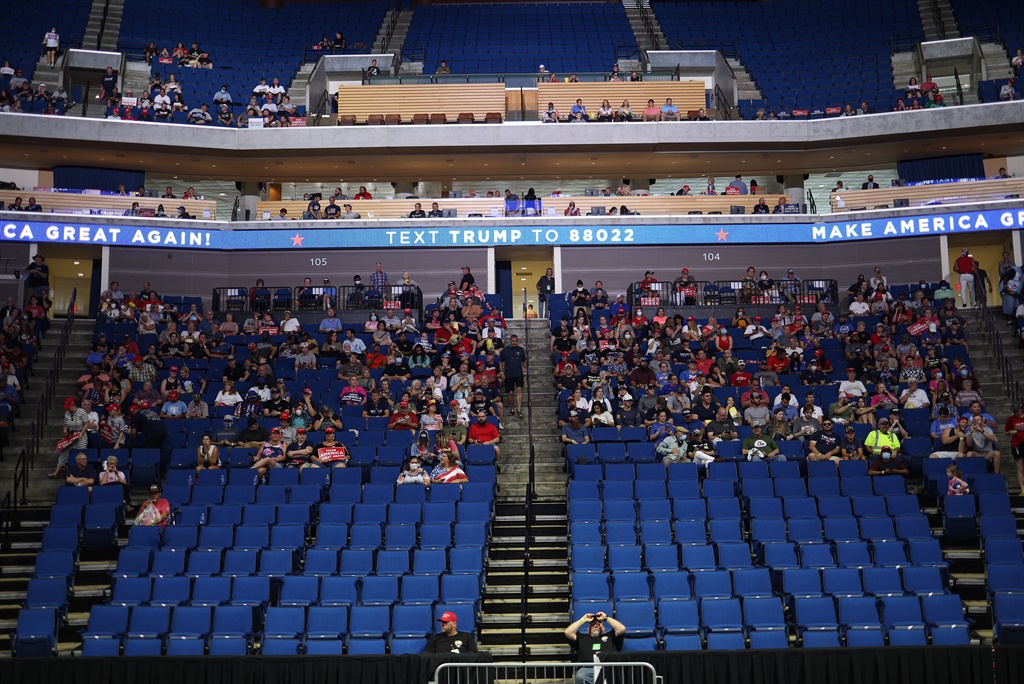 President Donald Trump seemed confused about the origin of the '19' in Covid-19 during his rally in Phoenix, Arizona, as he riffed on various names for the virus on Tuesday.

"I could give you 19 or 20 names for that, right," said Trump to the student crowd, who were gathered for a rally organised by Students for Trump.

He went on to give several examples, including "the China Flu," and "Kung Flu," terms widely considered racist. They prompted a massive cheer from the crowd.

Speaking to an audience in Phoenix, Arizona, Trump expressed some confusion over what the '19' in COVID-19 stood for pic.twitter.com/q8x3PbjKOZ

Trump appeared without a mask, breaking a Phoenix rule that came into force less than 72 hours earlier.

Coronavirus cases in Arizona are at an all-time high. In total nearly 1,300 people have died of the virus since the beginning of the pandemic, according to local news outlet the Arizona Mirror.

Starting Saturday, Phoenix residents must wear a mask anywhere indoors or outdoors where physical distancing can't be maintained. There is a $250 (R4,000) fine for repeat non-compliance according to local news outlet AZ Central.

Mayor Kate Gallego, a Democrat, said she would not be enforcing the rule at the Trump rally, the Arizona Mirror reported.

The president has long resisted wearing a mask in public despite public health advice to do so.

At the event, most of the attendees at the packed event also ignored mask rule, according to Politico. Around 3,000 students showed up to watch the president.

The rally is the second on a campaign trail that started up on Saturday in Tulsa, Oklahoma, where a Trump faced a venue at around one-third capacity that was widely seen as a flop.

Touting the event's online viewership - which his campaign says was around 4 million viewers - Trump told the Arizona crowd that it had been the "number one show in Fox history for a Saturday night," according to Politico.