Here’s what you need to know about the new coronavirus variant, now confirmed in SA A new variant of the coronavirus has been detected in South Africa, health minister Zweli Mkhize announced on Friday.

The variant was identified by South African genomics scientists from across the country, led by the Kwazulu-Natal Research Innovation and Sequencing Platform (KRISP). They have been analysing coronavirus genetic samples from different parts of South Africa since the start of the pandemic, and in recent weeks these samples were dominated by a new variant.

South African authorities believe the new variant spread from Nelson Mandela Bay through the Eastern Cape, to the Garden Route, and into KwaZulu-Natal.

The new lineage, named 501.V2, has between 10 and 20 new mutations not seen in the coronavirus tested in South Africa before end-September.

The South African variant appears to be spreading more quickly, with higher viral loads than the original virus.

Clinicians have been providing anecdotal evidence of a shift in the clinical epidemiological picture- in particular noting that they are seeing a larger proportion of younger patients with no co-morbidities presenting with critical illness. #SARSCOV2MediaBriefing

Here is what we know about the new coronavirus variant:

Authorities say there is no telling yet whether the new strain causes more severe symptoms than previous variants.

Dr Richard Lessells, senior researcher at the University of KwaZulu-Natal, says it is highly unlikely that patients will have different symptoms.

Viruses mutate over time, but usually at a slow rate of around two per month. But scientists are now seeing between 10 to 20 mutations that were not previously seen end of September.

Some of the mutations are likely to be irrelevant, but one, the N501Y mutation – found in the new South African lineage, as well as a recent new variant discovered in the UK – means the novel virus has a different spike protein.

That is how it binds to ACE2 receptors in humans, and the different configuration could be helping the new variants spread more quickly between people.

South African scientists speculate that the higher viral loads they're seeing on swab samples of the new lineage, compared to previous versions of Covid-19, could indicate it is more efficient at transmission.

Karim: “We are seeing a much higher proportion of the new variant than the rest of the world. “ #SARSCOV2MediaBriefing

Will current vaccines still work? Probably, but there are no guarantees yet

Two of the mutations in the new South African variant reduce virus sensitivity to some antibodies, meaning that these antibodies may not be as effective against this new variant. These mutations were not seen in new variants in the UK and Australia.

The South African mutations may have some consequences for whether the current international Covid vaccines will be as effective against the new Covid-19 variant here.

Mkhize believes the already developed vaccines should still be effective against 501.V2, but though likely, that is not guaranteed just yet.

This new variant spreads faster but it is too early to tell its severity and whether the current vaccine will work against this variant. We should therefore not panic and continue using the current intervention to stop the spread of #COVID19. #SARSCOV2MediaBriefing

Researchers will now closely follow South Africans participants in the vaccine trials to see whether those exposed to the new variant still become sick.

Unlike in the UK and Australia, where their new variants are uncommon, South Africa's 501.V2 variant is widespread, and experts say it's driving the concerning second Covid-19 wave in South Africa. 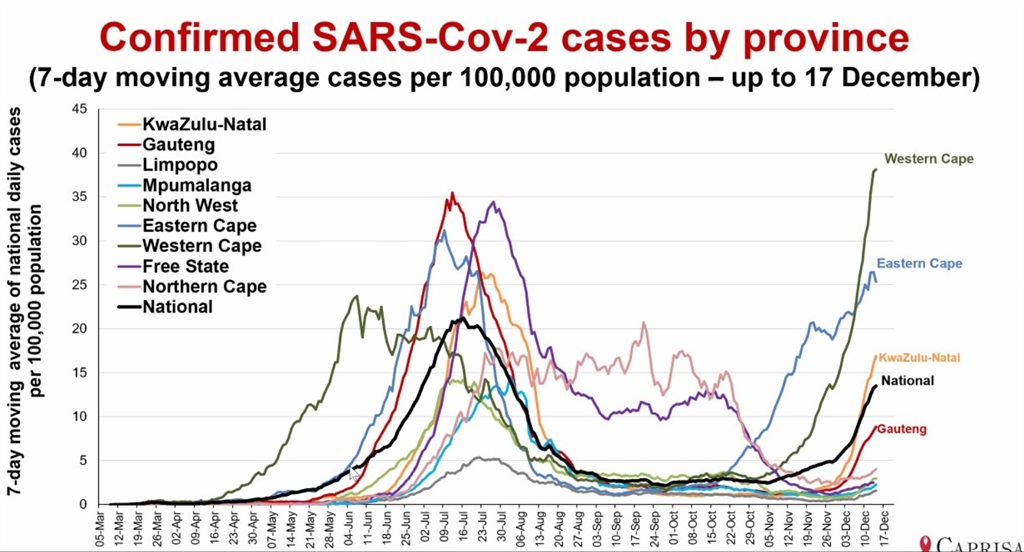