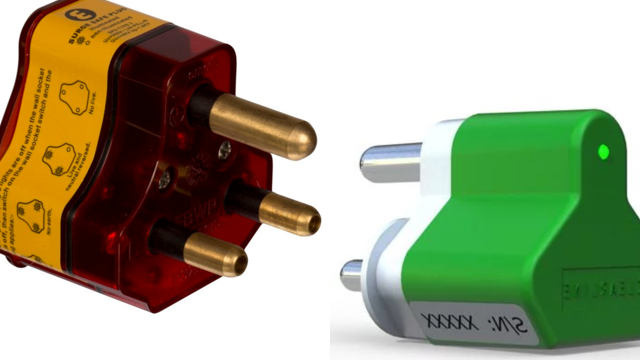 It is a grudge purchase. It won't help keep the lights on, and it won't even keep your electronics working during load shedding like an uninterruptible power supply (UPS) would. But you need a surge protector anyway, with or without load shedding, unless you like the idea of shelling out for a new television.

But if you just buy the first cheap one you find, trouble may still find you. Not all surge protectors are created equal, and many manufacturers aren’t fully transparent about how helpful their devices may be in the event of a lightning strike or power surge.

Technically, a “surge” occurs when the normal voltage increases for three nanoseconds or more – and in countries with stable power grids they’re fairly rare.

See also: Stores in South Africa are going all-in on load shedding ‘deals’ – this is how they stack up

But aside from lightning strikes, which are difficult to protect against with basic protectors, these surges also occur when Eskom flicks the switches on and off, often unpredictably, when items like laptops, decoders, modems, and televisions may still be connected to the mains.

The voltage fluctuation can damage components within electronic devices. And even if the surge doesn’t immediately blow your electronics, repeat occurrences will wear individual components down over time.

Good quality, standard surge protectors work by diverting that extra electricity away from your machines, and they can save your sensitive electronics. But not all surge protectors are created equal - some offer protection only marginally better than nothing at all.

Determining how good a particular surge protector is can be difficult, and it’ll take research into each plug to determine how effective it might be. But generally speaking, the more you spend, the more protection you’ll get.

This means those budget surge protectors sold at most electronic and hardware stores in South Africa may not be offering as much protection as they promise.

According to LifeWire, there are three key numbers to look out for when buying a surge protector:

It also pays to look out for the Underwriters Laboratories certification - usually demarcated with a UL 1449 sticker - although this has no official recognition in South Africa.

Unfortunately, many plug manufacturers and online retailers in South Africa neglect to mention all of these figures, or they bury them in complex acronyms and numbers that most average shoppers aren’t able to understand. Instead, they tend to shift the focus onto terms like “medium duty rating”, and focus on features like “overload protection” and “illuminated on / off switches”.

Many manufacturers also offer some form of “connected equipment” warranty, which means the plug company will cover the cost of your damages, under certain conditions and provided you were using the equipment correctly.

Ellies, for example, offers a R30,000 surge protection warranty that excludes direct lightning strikes and loss of neutral. And Clearline will replace or repair equipment damaged by surges, including lightning, up to the value of R25,000, while connected correctly to one of their qualifying products.