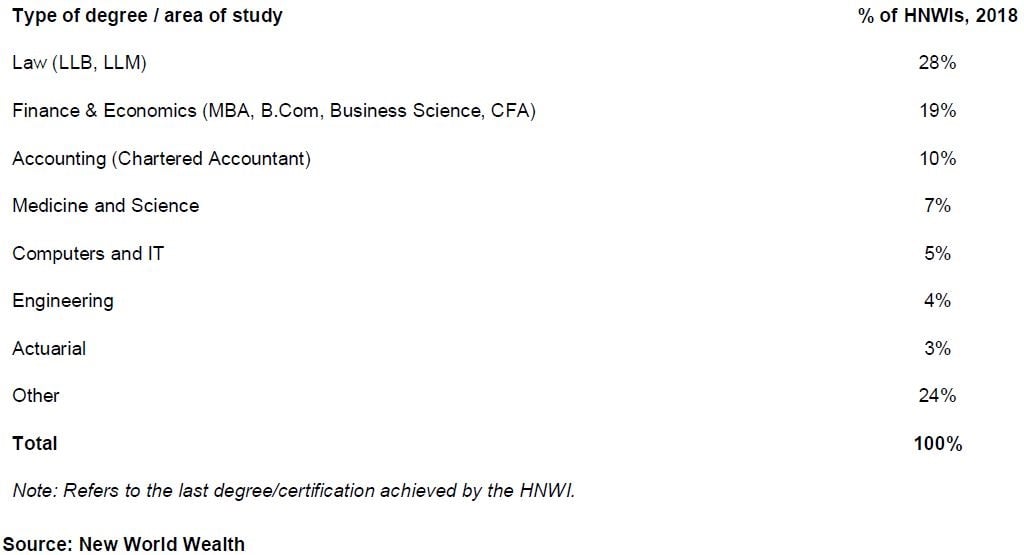 Almost half of South Africa’s dollar millionaires have the title of “director”, the study shows:

Almost 70% of dollar millionaires only have an under-graduate degree:

Related Links
January is Divorce Month – but Cyril Ramaphosa's celebrity lawyer says you should wait till March
A lawyer who represents cruise passengers reveals the one thing you need to know before getting...
How to claim from the Road Accident Fund without a lawyer — in 3 steps
Next on Business Insider
Russian soldier said his commander shot himself in leg so he could leave the war in Ukraine