Here's what the 'new' open office could be like A startup's office in San Francisco in 2019.
Katie Canales/Business Insider

When people eventually go back to the office, it won't be the same as before the Covid-19 pandemic toppled global operations.

You might be a part of an office cohort with a few handfuls of your coworkers. In case of a confirmed case, it would make tracing points of contact and containing an outbreak much easier. You may only go into the office on days when you have group work, with individual tasks completed at home. Hallways may be one-directional.

Experts say that businesses are focusing on how to optimise existing office space for physical distancing. For many companies in Silicon Valley, that means taking offices arranged in the ubiquitous open floor plan and adapting it.

The open workplace environment, if done correctly, was built to support different types of work: single workstations, one-person cubbies for individual work, seating areas for collaboration, and so forth, Studio O+A cofounder and principal Primo Orpilla told Business Insider. But moving forward, there may be less of a focus on spaces designated for heads-down individual tasks as experts rethink how to use the office.

That doesn't mean the open office setup is dead, San Francisco Bay Area design firms told Business Insider. Instead, the densified arrangement will simply adapt to a new era where physical space is crucial in preventing an infectious disease from transmitting.

Here's how the open office could evolve as people start going back to work. 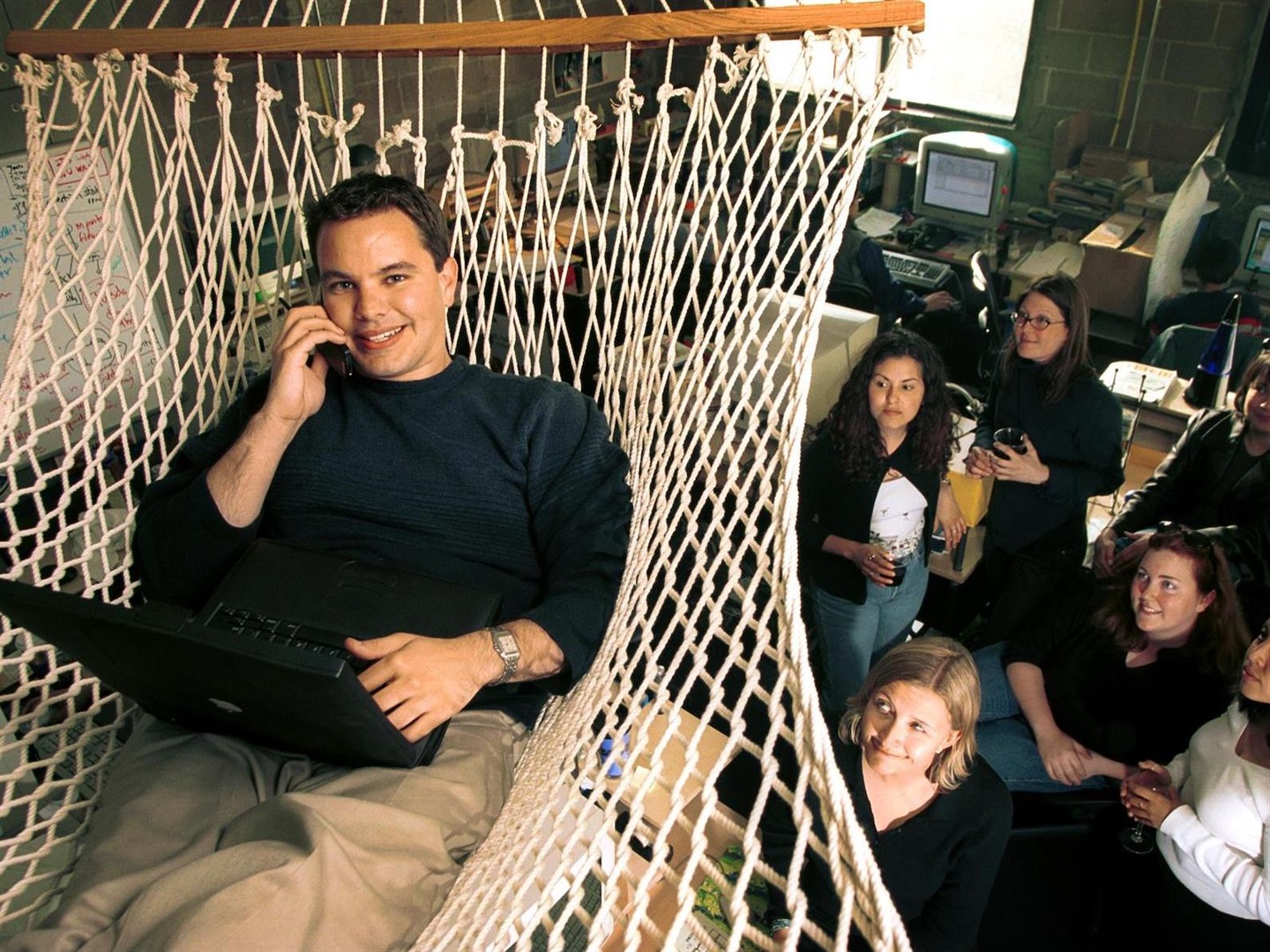 Over the past 20 years, the floor plan has become a popular workplace structure in the region and beyond.

It's the antithesis of the private office and cubicle-driven workplace of old, with communal tables and open work stations filling large, open spaces. The idea was to foster collaboration among officemates by removing visual barriers between them, a feat that some studies have proven to actually have the opposite effect.

A 1997 study performed by psychologists at the University of Calgary followed how workers adapted from a traditional office setup to an open floor plan. They found that productivity dropped, and coworkers felt more detached from one another. And a 2018 study conducted by Harvard Business School researchers found that the open office plan reduced face-to-face interactions among employees by about 70%.

One reason could be that walls provide privacy, which in turn can boost performance. Having barriers around a workstation can also give you a sense of control over your job and the workday.

Still, the open office persisted as the popular design of choice - about 70% of all offices had an open floor plan by 2014, as The New Yorker reported.

The open floor plan allows for "agile work," where people can work and move freely around the facility, Orpilla told Business Insider. Open office design is conducive to the fast headcount growth culture of the Valley - designating private offices for each individual worker takes up too much real estate.

The open floor plan has also long fostered the idea of a flat hierarchy, another cultural tenet of the tech region, where even the CEO is sometimes out on the floor with workers. We've been rebelling against status-based architecture for a while now, Melissa Hanley, the CEO of Blitz - the firm behind Bay Area designs for Skype, Zendesk, and Microsoft - told Business Insider.

That has only been magnified by the pandemic and the need for videoconferencing to stay connected with remote work - there's no corner office in Zoom, Randy Howder, Gensler managing director and principal, told Business Insider. The firm is behind Facebook's massive Menlo Park headquarters.

But there were also economic benefits of taking a densified approach to workstations in the office. "Density has been a strategy for firms for a long time, to make the best use of space," Hanley said. "That is a premium, and that means open office. You can't have private offices; it just doesn't work."

But dense office environments could pose a problem during the 2020 coronavirus pandemic when putting distance among workers is crucial to prevent transmission of the infectious Covid-19 disease. Eventually, employees that have been sheltering in place will begin to go back to work. And how offices will adapt to this new era of the workplace has spurred conversation about how the open office will factor in, with many positing that it won't have a place in the post-coronavirus world.

But the design firms we spoke to say that's not the case. 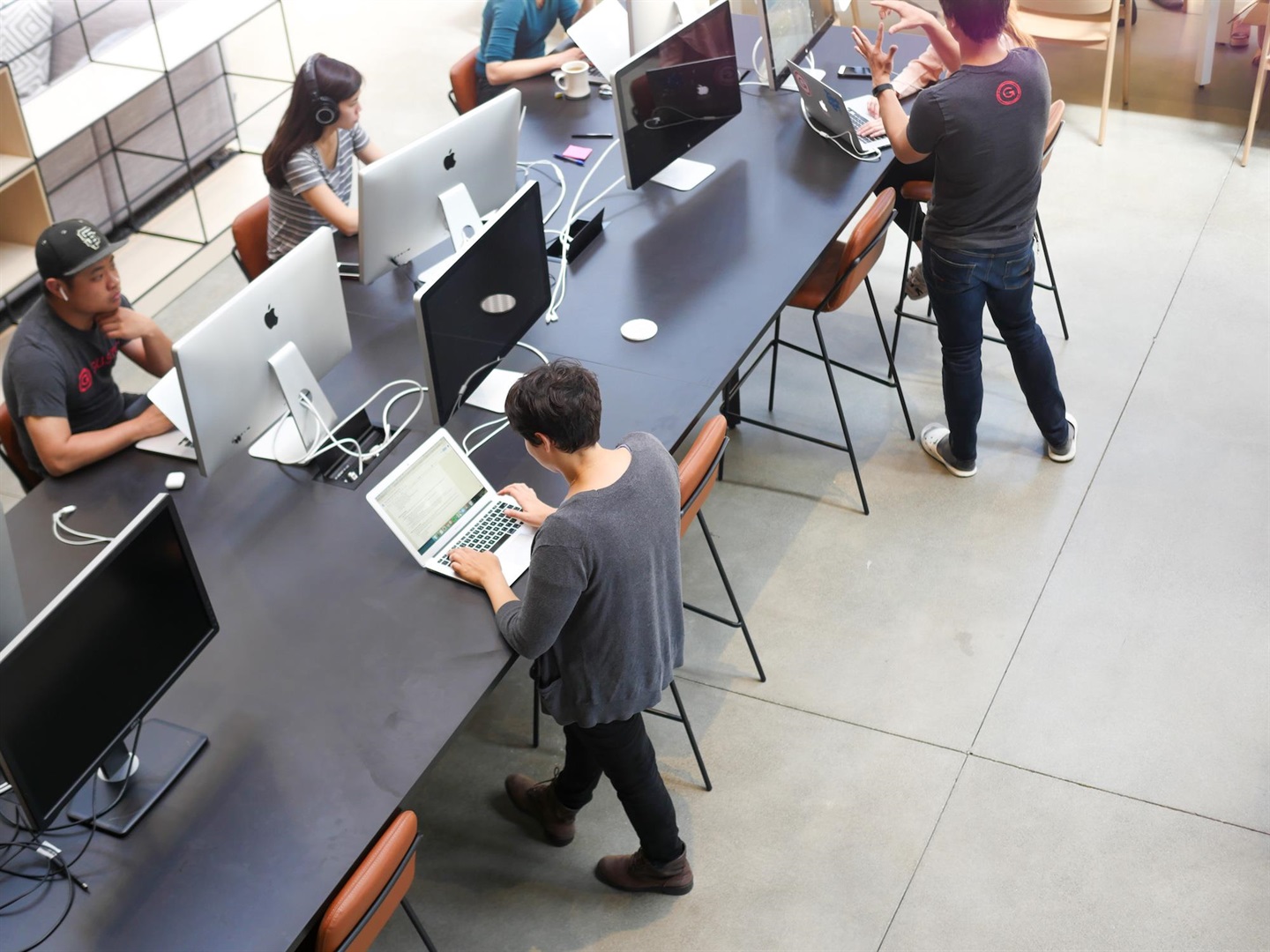 The open office has a place moving forward - we definitely won't see a return to traditional office setups, with individual offices and closed doors. That gets too expensive, Greg Mottola, a principal at Bohlin Cywinski Jackson, told Business Insider.

There may, however, be fewer individually assigned seats, Howder said. What also may change is seeing a more group-focused approach to the open office versus the "seas and seas of open work stations," David Galullo, the CEO of Rapt Studio, told Business Insider. Rapt developed designs for the likes of Dropbox, Google, and LinkedIn.

And Orpilla said if the designs were carried out correctly, the open office is already perfectly poised to accommodate that transition. 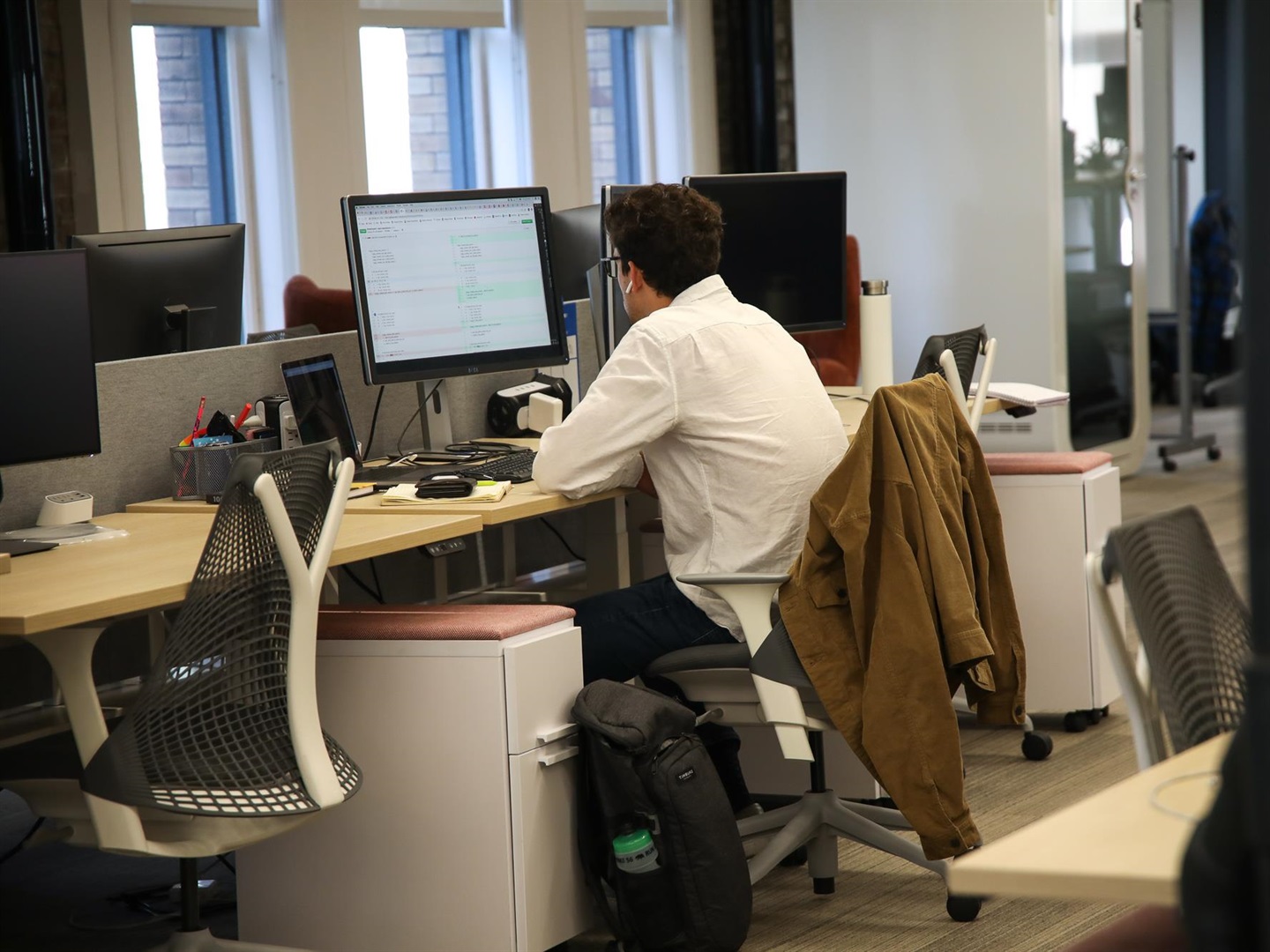 "When you look at an open plan and you go to a lot of offices that are very well-planned, it's only about 20 to 30% at the benching system," Orpilla said, referring to the desk benching that's typical with open offices. The rest of the space should be designated for gathering areas and other spaces. It's not built simply for sitting in your six-by-six office cube all day long, Orpilla said. "Some of the most current offices that we've designed are so good at allowing you to social distance and keep good barriers from you and other people," Orpilla said. "The open plan is really about choice and choosing where you need to do that certain type of work."

Orpilla said the companies that will suffer are the ones that used the open office incorrectly and over-densified without having installed enough diverse work areas. They'll have to be more creative with how they adapt, especially for companies in older cities like San Francisco. Some office buildings in the West Coast city date back decades to the 1930s, and adapting them to accommodate social distancing measures is tricky, Orpilla said.

Workers want to feel safe in the office, and ensuring that people have enough space between them and their officemates is crucial to establishing a sustainable reopening plan. For that reason, more space may be exactly what companies will need, ex-Google CEO Eric Schmidt said on a "Face the Nation" program Sunday. That could also mean a rise in demand for office space, according to Schmidt.

But that could be largely out of budget for many companies.

"The fundamentals of real-estate economics - we don't suddenly have the cash to buy three times more space," Hanley said. "So if we're going to engage in social distancing, we have to think about it in a different way."

A solution will likely be lowering density in the office by incorporating remote work into the office real estate portfolio, Hanley said. Many will likely still be working from home. For tech clients, that will prove to be a simple feat. 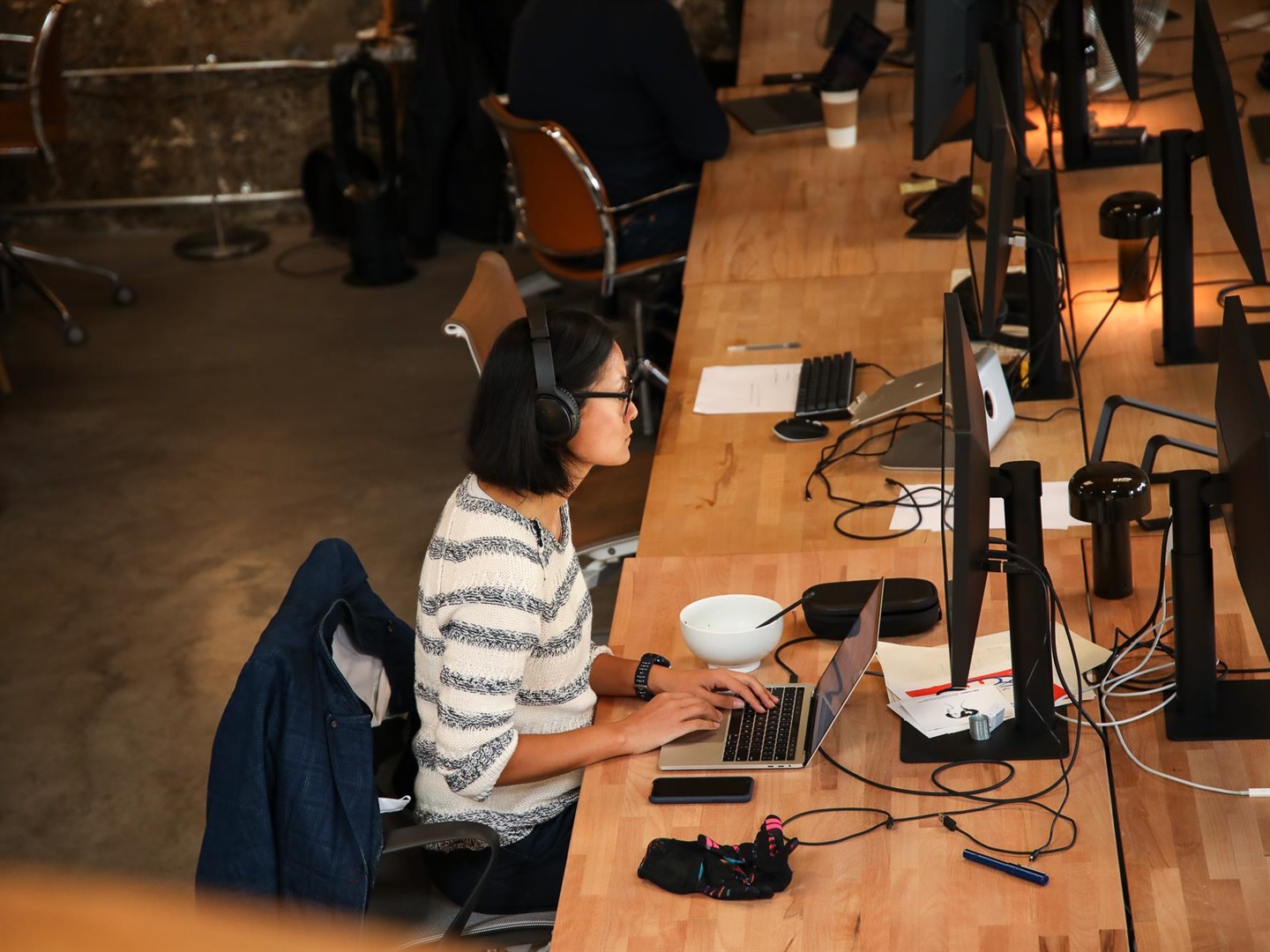 Working remotely is already a deeply ingrained order of business in the tech industry, where productivity and results have long been valued over mere office attendance, Mottola said.

"A lot of times, people are not at their desk in this global world," Carrie Byles, a partner at Skidmore, Owings & Merrill, told Business Insider.

"Everything's in the cloud for them," Orpilla said of tech workers. It's not as much of a priority for them to be in the office as it is for workers in other industries, such as the more traditional finance sector.

Much like the open office, the workplace itself will see a shift in design moving forward. Design firms say employers may have to implement one-way hallways or flows of traffic to minimise how people come into contact with one another, which could be a difficult hurdle to leap through for open offices. For workstations that do remain, they'll have to be staggered. You won't have a desk buddy right next to you. Signage will be posted reminding people of the best hygiene and social distancing practices. Hand sanitiser stations will be set up at various points throughout the office. There may be single-occupancy bathrooms, and the workday may be shorter to allow cleaning rooms ample time to conduct the kind of rigorous wipe-down needed.

Some are suggesting that the office environment itself is dead, a reality that experts say also isn't the case.

"The importance of bringing together people of different backgrounds is largely unplanned conversations, and spontaneous innovation is what drives our economy," Byles said.

There should be space allocated for serendipity in the workplace. And besides that, many look to the office for a sense of belonging, Galullo said.

"They want to feel like they're not alone and that they're working towards something with a group of people," Galullo said. "The workplace has always been a great vehicle for that."