11 things medical shows always get wrong, according to doctors Much of what you see on medical dramas isn't accurate.
Fox
Medical television shows are filled with drama, romance, and life-and-death situations. Though these shows can be exciting, they're often not representative of what really goes on in hospitals.

INSIDER consulted with doctors, nurses, and other medical professionals to uncover what TV shows get wrong about practising medicine.

You wouldn't actually use a defibrillator on a patient whose heart has stopped. It's a common scenario on medical shows: A patient flatlines and a team of doctors rushes to revive them by using jolts of electricity from defibrillator paddles. It sounds plausible, but it's actually totally inaccurate.

"The defibrillator only works on specific heart arrhythmias. Asystole (a.k.a. flatlines) is not one of them. This always makes me laugh when I watch TV or movies. You only defibrillate ventricular tachycardia and ventricular fibrillation," Dr. Snehalata Topgi of ParaDocs Worldwide told INSIDER.

A defibrillator is definitely a life-saving device for certain cardiac emergencies, but doctors wouldn't use one on a flatlining patient because there is no electrical activity in their heart to "reset" into a normal heart rhythm with the device. Contrary to what you might see on TV, it's rare for a doctor to completely revive a patient with cardiopulmonary resuscitation (CPR). Though CPR is still one of the best things a bystander can do if someone's heart stops beating, it's not an instant cure.

"The point of it is to keep blood flowing to the brain until blood circulation and breathing can be restored at the hospital. Many times this 'miracle worker' is a temporary fix and once the CPR stops, the patient is back on death's door," said Dr. Topgi.

The reality of CPR's effectiveness is much grimmer than what is shown on TV. Although exact statistics are varied, according to a 2016 study, The American Heart Association reports that CPR saves one life for every 30, with a 10% decrease in survival with each minute of delay.

Paperwork is a much bigger part of medical life than is shown on TV. 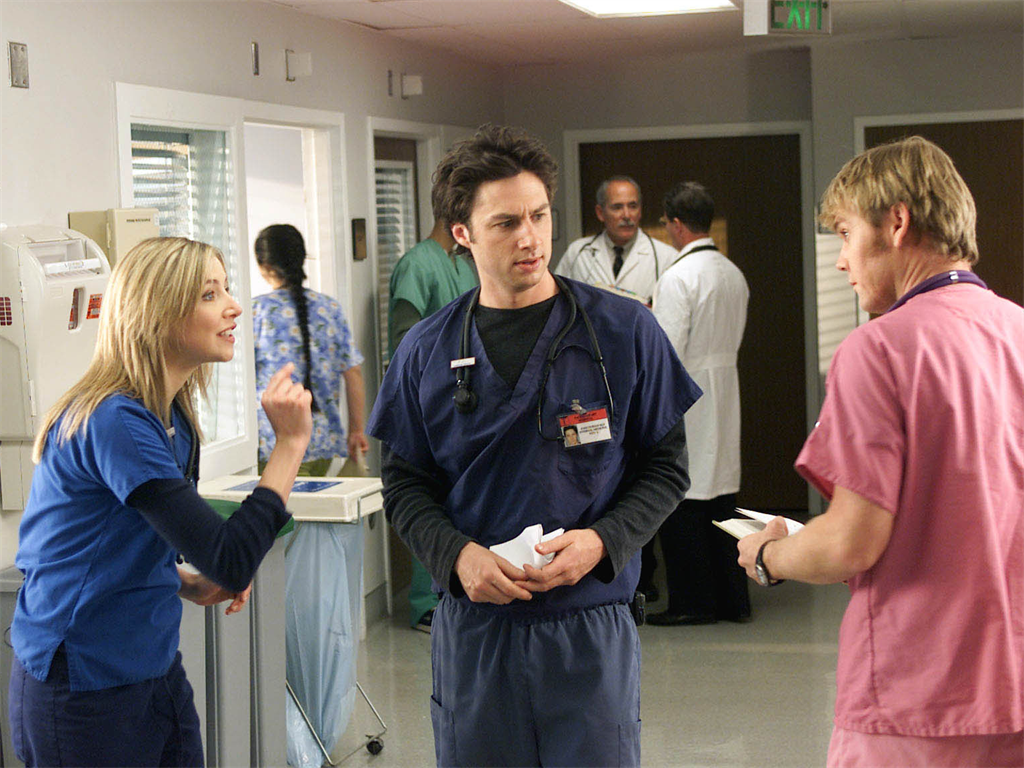 In real life, doctors aren't only spending their time treating patients - tons of charting and paperwork also comes with the job.

For example, a primary care doctor might spend a good portion of each day completing forms for patients, calling insurance companies for authorizations, or talking to pharmacies about patient prescriptions. Doctors on medical shows often seem to diagnose rare conditions based on just a few conversations with the patient or a simple blood test. Though common illnesses might be readily diagnosed within a few hours, it's not always that simple.

"Medical shows also tend to speed diagnoses to fit them into the confines of the TV show, often allowing rare conditions to be diagnosed with relative ease," Dr. Amesh A. Adalja of Johns Hopkins Centre for Health Security told INSIDER.

In many cases, it's not likely that a single doctor or test will be able to pinpoint the problem at a glance.

Unlike on television, doctors don't spend much time at bedsides. Medical shows often show doctors and surgeons sitting with patients at their bedsides, monitoring their vitals, and helping them walk around after treatment. In real life, however, nurses and other medical staff take care of the majority of bedside care.

"Medical shows that portray the doctor as the primary care provider at the bedside are out-of-date. Many of the tasks that doctors are shown doing in television shows such as starting IVs, giving medications, assisting in codes or other emergent situations, or getting patients out of bed and walking around are actually done by nurses or other staff members, Amy Witkoski Stimpfel, registered nurse and assistant professor at NYU Rory Meyers College of Nursing, told INSIDER.

Medical shows don't usually capture the range of providers that are responsible for patient care, from nurse practitioners and physician assistants to respiratory therapists, pharmacists, nutritionists, and occupational and physical therapists.

Real doctors aren't constantly flirting with each other on the clock. 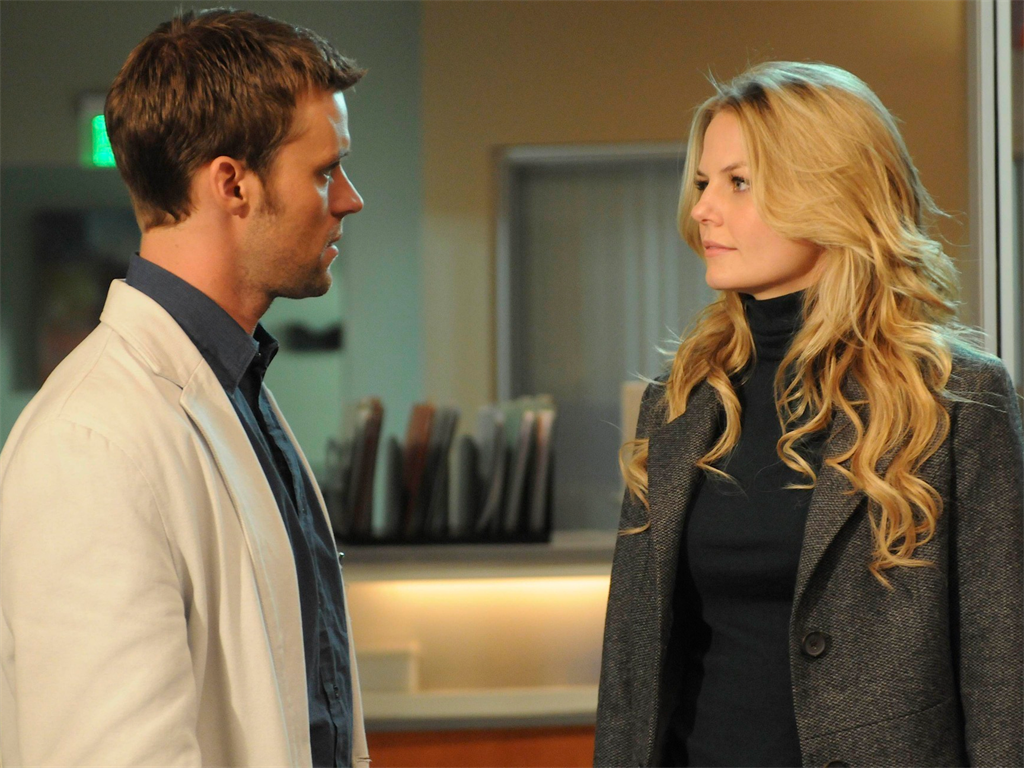 On some medical shows, romantic encounters in the hospital between medical staff are commonplace. But in real life, doctors aren't relentlessly flirting in operating rooms or meeting up in supply closets.

"Hospital romances do exist. However, the majority of these physician couples keep their personal relationship outside of the hospital setting and for the most part maintain high standards of professionalism while at work," explained Dr. Okeke-Igbokwe.

There is a code of professional conduct and official regulations governing staff behaviour at every hospital or medical centre. Most doctors adhere to and respect these rules of professional behaviour.

It's not acceptable for real medical staff to hook up with patients. Hospitals and medical centres have explicit rules governing the relationships between healthcare providers and patients. Doctors on TV might flirt with their patients, but real-life doctors almost certainly don't.

"There is just so much that can go wrong. This happens but shouldn't, especially with respect to the legal aspects. It is also very unprofessional," said Dr. Topgi.

Pursuing a romantic relationship with a patient has the potential to compromise care and lead to serious legal ramifications. 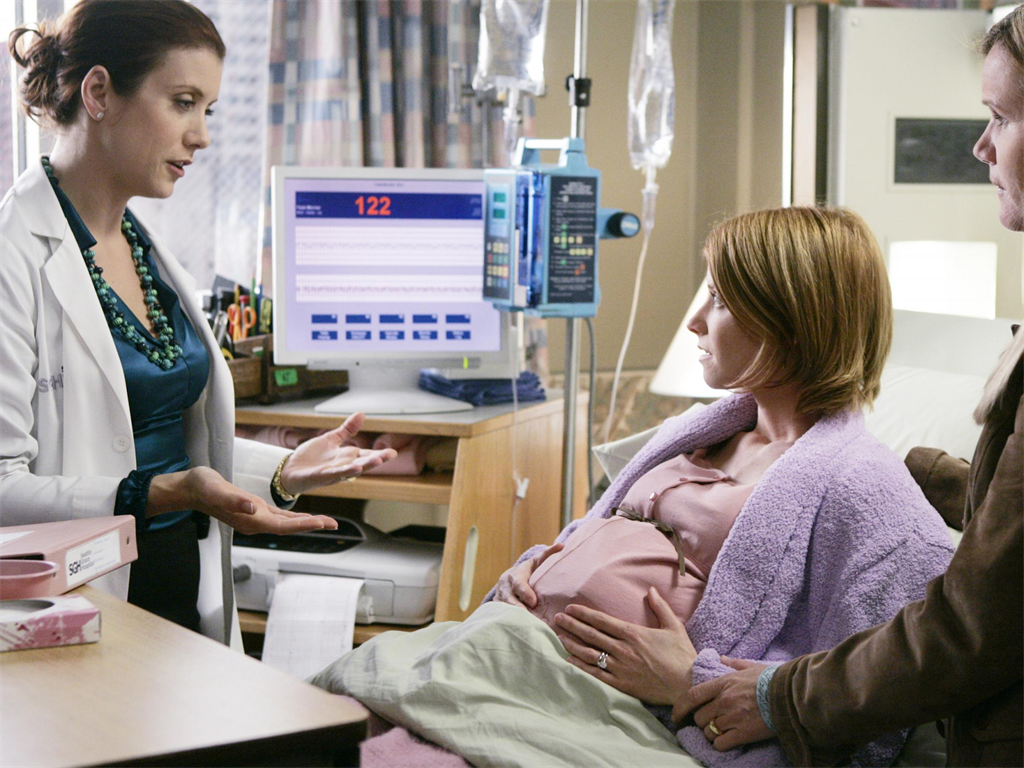 What's known as "water breaking" is actually the tearing of the amniotic sac surrounding the baby (also called the rupture of membranes) that usually occurs prior to the onset of labor or regular uterine contractions. Though people on medical shows are often shown immediately going into full labor mere moments after their water breaks, this isn't normally the case.

"This is true sometimes. But other times, doctors have to artificially break a person's amniotic sac during labor or it happens on its own way before it should during the pre-term time period," said Dr. Topgi.

According to BabyCentre, only 60% of people start having contractions within 24 hours of their waters breaking. Most of the other 40% go into labor within 48 hours. Though it's not unheard of for people to give birth an hour or so after the amniotic sac ruptures, many births take much longer. On TV, doctors sometimes use a "tough love" approach to get patients to commit to treatment or even argue with patients over personal matters. In real life, this kind of behaviour would be grounds for dismissal.

"The blatantly rude and non-existent bedside manner of some doctors on television dramas would definitely not fly in real life. Yelling and acting obnoxiously towards your patients would likely leave you jobless, no matter how brilliant of a clinician you may be," said Dr. Okeke-Igbokwe.

Real doctors have specialities – they can't do it all. On TV, it's not unheard of for an emergency room doctor to scrub in for surgery in order to save their ailing patient. In real life, most doctors are highly specialized and usually handle a limited range of conditions.

"Medical shows often do not respect the specific scopes of practice of different medical specialities and subspecialities. For example, you have non-surgeons performing surgery, surgeons managing conditions that cardiologist would be managing, and the like," explained Dr. Adalja. It's rare that medical programs show patients filling out reams of insurance paperwork. The healthcare systems in many countries, however, can mean that patients are often saddled with massive medical bills as a result of their treatment.

"Medical costs are the number one reason for personal bankruptcy in the US. Most patients who visit a hospital or doctor's office deal with insurance and have to pay a copay. These medical shows never show this side to healthcare," Suzanne Garber, co-founder of digital hospital network Gauze, told INSIDER.

This is a real-life part of healthcare that isn't normally depicted in television shows.

Related Links
A tech company just launched 'smart' cancer pills that track you with tiny sensors stamped into...
A sleep doctor says knowing whether you're a 'lion,' 'dolphin,' 'wolf,' or 'bear' can drastically...
I had a 'sleep doctor' tell me how to structure my entire day, and I've never felt more energised
Next on Business Insider
Captive lion operators to be offered a ‘voluntary exit’, which may not see the lions put down