A US schoolboy receives his measles vaccination in 1962 at Fernbank School in Atlanta, Georgia.
Image courtesy CDC/Smith Collection/Gado/Getty Images

The measles is back. The extremely contagious virus is circulating once again across the US, especially in pockets of the country where unvaccinated people are clustered and at risk.

With nearly 700 cases reported so far this year - the highest total in 25 years - the US Centers for Disease Control and Prevention (CDC) is warning that "the longer these outbreaks continue, the greater the chance measles will again get a sustained foothold in the United States".

Before the invention of the measles vaccine in the early 1960s, the measles killed 400 to 500 people in the US every year. Public health experts are now concerned that the illness could turn deadly once again (though no US deaths have been reported so far this year).

Here's a look back at what the measles really looks like when people are not vaccinated.

The measles virus is extremely contagious: 90% of unprotected people who are exposed will get the infection. The measles virus can live for two hours on surfaces outside the body, infecting other people long after a sick person has left the room. Then it takes about seven to 14 days for the first symptoms to show up.

Some of the first indications someone has the measles look much like the flu: infected people can get a cough, low-grade fever, runny nose, and sore throat.

A child's eyes often start to get red and watery. After three days of being sick, a rash begins to break out on the face and neck, then spreads to the body. "Measles is not a harmless childhood illness, but a highly contagious, potentially life-threatening disease," US Health and Human Services Secretary Alex Azar said in a statement on Wednesday.

People with the measles may be sensitive to light, and about one in every 1,000 who catch the disease will die. Dr. Robert Amler, dean of New York Medical College, recently told Business Insider that the question he wants to ask anti-vaxxers is: "Do you really want to put your child's life on the line, in the hopes that your child will be saved by medical care?"

Most children survive the measles, but it can leave them weak and vulnerable to infection. Complications can include brain damage, blindness, deafness, and chronic pneumonia. Fortunately, when enough people have measles vaccines within a population, it is near impossible to catch the virus.

"I would like a 0% chance of dying from the measles, particularly since measles can be prevented," Amler said.

Before the measles vaccine was developed, 3 to 4 million people got the measles in the US every year. Then in the late 1950s and early 1960s, bacteriologist John Enders developed the first measles vaccine. In 1963, people in the US started receiving their first doses of measles vaccines.

That milestone came just a few years after Jonas Salk invented the first polio vaccine in 1955. Elvis promptly lined up for his dose. Vaccines are not perfect. The measles vaccine is 97% effective at preventing a case. 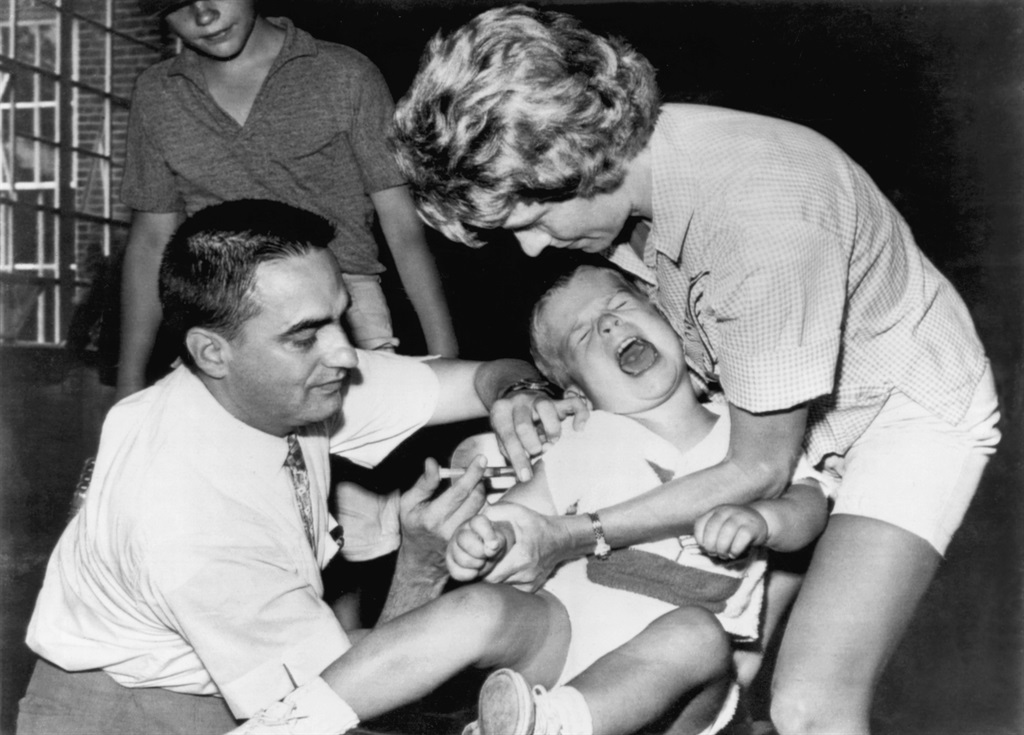 That's why public-health experts stress the importance of "herd immunity". If enough people in a community are vaccinated, viruses like the measles have very little chance of spreading, even if one case is introduced.

Recently, people have brought measles cases back to the US after travelling abroad in places like Israel, France, and Italy, where outbreaks are occurring. New York City has now logged at least 330 measles cases this year. The problem is especially pronounced in Orthodox Jewish pockets of the city, where some parents have been unwitting targets of anti-vaccination campaigns.

"We cannot allow this dangerous disease to make a comeback in New York City. We have to stop it now" New York Mayor Bill de Blasio said.

Earlier this month, the New York City health commissioner ordered that every unvaccinated person living in the Williamsburg neighbourhood of Brooklyn, where a measles outbreak is raging, must get a measles vaccine or show proof of immunity. If they don't, Williamsburg residents now face the possibility of a $1,000 fine.

Vaccines can prevent many other deadly illnesses beyond measles. The CDC points out that "more than 15,000 Americans died from diphtheria in 1921, before there was a vaccine". "It is surprising to see how in the richer countries the consensus that kids should be protected has been lost," Bill Gates said on Reddit in February. "Unfortunately this will mean some measles or pertussis deaths." The last deadly measles case in the US was recorded in 2015.

"The best solution to an infectious disease problem is a vaccine," Dr. Amesh Adalja at the Johns Hopkins Center for Health Security told Business Insider. "The only disease ever eradicated from the planet? It's smallpox, and it was because of a vaccine." Adalja said the vaccine-inventing work of scientists is far from finished.

He added that the true value of vaccines often gets "lost" once we get used to them, since people simply forget how bad bygone diseases and infections used to be.