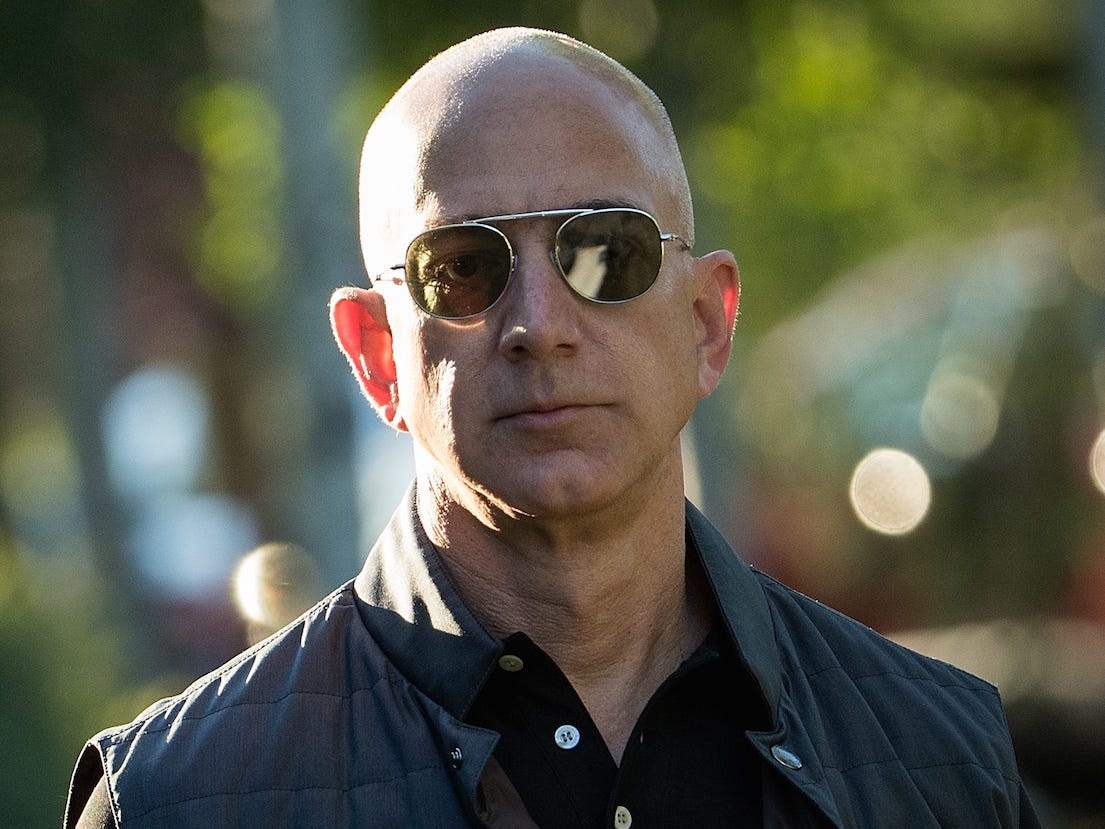 Jeff Bezos is stepping down as Amazon CEO and taking on the role of executive chairman of Amazon's executive board, but the billionaire mogul is making it clear that he's not ready for retirement just yet.

"As Exec Chair I will stay engaged in important Amazon initiatives but also have the time and energy I need to focus on the Day 1 Fund, the Bezos Earth Fund, Blue Origin, The Washington Post, and my other passions," Bezos said in an email to Amazon employees, also called Amazonians.

While best known for Amazon, Bezos has invested in numerous companies through his venture capital company Bezos Expeditions with no single thread connecting them all. Blue Origin, for example, is a spaceflight company while The Washington Post is a media company with seemingly no overlap between the two.

And while a 57-year-old might begin to settle down, Bezos is going full speed ahead with his other endeavors.

"I've never had more energy, and this isn't about retiring," Bezos said. "I'm super passionate about the impact I think these organizations can have."

Here's some of what the tech billionaire will focus his energy on next. Bezos purchased The Washington Post in 2013 for $250 and brought it into the digital era after years of decline. He hasn't had a hand in its editorial vision, however, and just focused on the digital and technology side of the business as media was shifting away from print.

The Post was reinvigorated around tech and given a platform on Amazon devices like the Kindle, as Insider's Eugene Kim reported in 2016, in a perfect confluence of interests between Bezos' businesses. The mogul injected a lifeline into the company not just with resources but with technology know-how acquired from building Amazon.

"I didn't know anything about the newspaper business … But I did know something about the internet," Bezos told Insider in a 2014 interview, as Kim reported. Another one of Bezos' companies may power the next NASA mission to the moon. Bezos launched Blue Origin in 2000 and has since described the spaceflight company as his most important work, more so than Amazon.

The goal of the company is to make space travel more accessible by using reusable launch systems. As Insider's Dave Mosher reported in 2018, "Blue Origin is the rocket company that Bezos always dreamed about creating," due to a childhood love of spaceflight.

The company is moving closer and closer to the stars following recent successful tests and a NASA contract that allows for planetary expeditions, Earth observation flights, and satellite launches, as Insider's Kate Duffy reported. Bezos also claimed in December 2020 that his rocket was going to fly the first woman to the moon. Bezos launched the charitable Day 1 Fund in 2018 along with his then-wife MacKenzie. The duo started with a $2 billion investment and the goal of supporting homeless families and funding educational opportunities.

The name "Day 1" comes from Bezos' principle of approaching every day with a first-day mentality, which the mogul applied to Amazon.

"I talk often about the importance of maintaining a Day 1 mentality," Bezos said in a statement announcing the fund's launch. "It's always Day 1, and I work hard to apply that mindset to everything I do." Bezos started the Bezos Earth Fund in 2020 to help fight climate change, with its namesake founder donating $10 billion, or 7.7% of his net worth, to the fund.

"Climate change is the biggest threat to our planet," Bezos said. "I want to work alongside others both to amplify known ways and to explore new ways of fighting the devastating impact of climate change on this planet we all share."

Sustainability is a common trend across Bezos' businesses, including Amazon. Under Bezos, the tech company in 2019 committed to carbon neutrality by 2040.