Individuals selected for spaceflight have put in years of hard work and dedication to earn their spots, so they deserve to have a little fun once they leave the atmosphere.

Thomas Pesquet, a French astronaut with the European Space Agency and crew member with Expeditions 50 and 51 on the International Space Station, does a fantastic job capturing the unadulterated joy that he and his fellow astronauts feel while living out their dreams and living in weightlessness.

Of course they don't spend all of their time chomping food out of the air and pretending to be superheroes. Only, you know, some of it.

Here are some of his delightful photos of life on the ISS.

The International Space Station (ISS) is a spacecraft the size of a football field where astronauts live and conduct research in space. NASA has spent the better part of 20 years and $100 billion (R14 trillion) working on the International Space Station.

French astronaut Thomas Pesquet servied as a flight engineer on Expedition 51 from November 2016 to September 2017. He's also a black belt in judo and plays the saxophone.

He was one of five crew members on Expedition 51. Peggy Whitson was the commander, making her the first woman to command two ISS expeditions and the record holder for the most days in space of any NASA astronaut. President Trump called Whitson in space to congratulate her.

She and Pesquet worked together on Expedition 50. 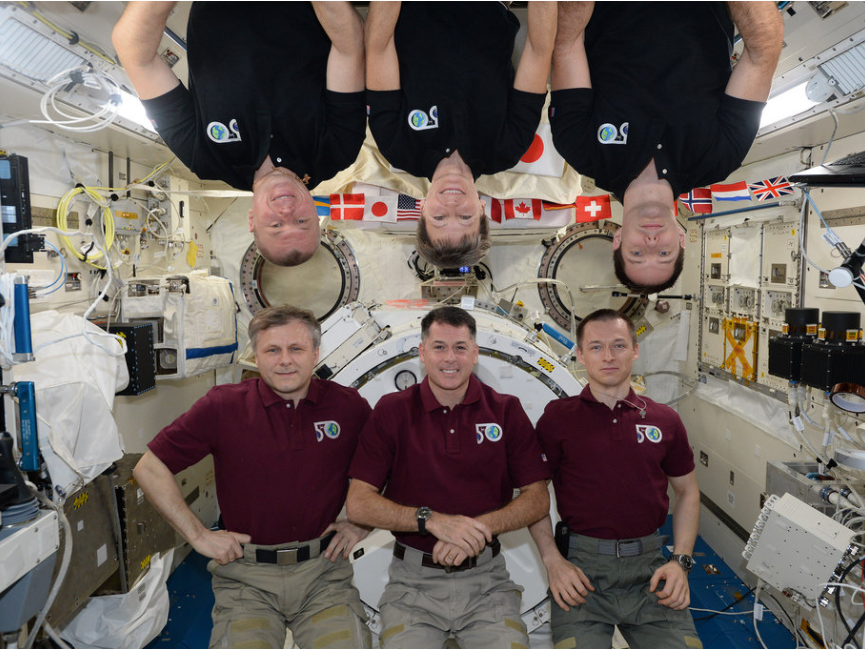 Pesquet documents his time on the ISS with charming photos of the crew's shenanigans. Astronauts often take photos to document their time in space.

They seem to enjoy each other's company. Soon, astronauts will also have a robotic head that follows them around. Talk about a festive holiday celebration.

And celebrate festive occasions in style. "We had the opportunity to celebrate the New Year on three different time zones up here (Russia, France and the United States) because a few countries decided some years ago they believed in a certain idea of the future. They thought science, technology, peaceful exploration and above all international cooperation would contribute to make the world a better place. They thought aiming for a challenging goal would only bring the best for their citizens. They were right, and here we are, playing our little part."

Pesquet's colleagues even surprised him with a saxophone on his birthday. Doctors recently had a patient play the saxophone while they removed a brain tumor to make sure the surgery hadn't damaged his brain function.

But they don't mind a bit of friendly competition. The American flags on the moon have all turned white because of radiation from the sun. NASA also screened "The Last Jedi" for crew members on the ISS.

Especially when it comes to food. 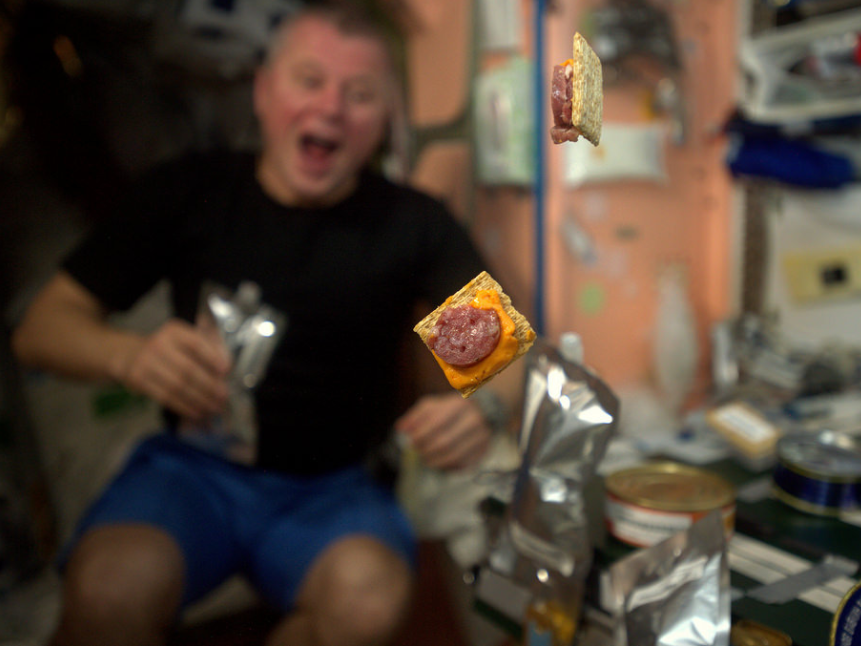 Astronaut Scott Kelly said the first thing he wants to eat when he returns from space is fresh fruit. Space burgers are a little different than burgers on Earth.

Of course, the astronauts don't spend all of their time wrangling edible items into their mouths. Astronauts have to catch food in their mouths. And work to keep the ISS up and running. Trump has said he wants to send astronauts back to the moon.

They also test out new tools. The Robonaut eventually broke and had to return to Earth for repairs.

But when you're an astronaut on a space expedition, work and play go hand in hand.