Disney once owned a town in Florida called Celebration, but the reality isn't very magical I've visited Celebration, Florida, many times to see my family and explore the area.

Picture a small town that was designed by Disney-hired architects, and you've got Celebration, Florida.

Celebration is a tiny town close to the Disney parks with a quaint atmosphere, candy-coloured buildings, and scenic views. Unfortunately, it's also been in the news recently because of a brutal murder that took place there in January 2020.

I hadn't really heard of the town until my parents and sister decided to move there a few months ago, but I've since learned a lot about the town's history. Here's what Celebration, Florida, is really like.

This is Celebration, Florida.

Celebration, Florida, is located in Osceola, Florida, which is north of Miami and just south of Orlando.

It was built by the Walt Disney Company in the 1990s.

According to the Celebration Foundation timeline, The Walt Disney Company began constructing the town in March 1994.

Some believe Celebration was originally supposed to be inspired by Walt Disney's dream of creating a "perfect Utopian city," which would have been named the Experimental Prototype Community of Tomorrow (Epcot).

His original plan involved placing the entire city under a climate-controlled dome and limiting transportation options to maximise monorail usage.

But none of Disney's original vision really came to fruition in Celebration - and the famed creator died in 1966, decades before the town was born.

Unsurprisingly, the town is located near many of Disney World's biggest attractions. You might be surprised to know the town isn't actually within walking distance to any of the Disney parks.

It is 5 miles away from Hollywood Studios, which is the nearest Disney park.

And Magic Kingdom is just more than 8 miles away, making it the furthest Disney area from Celebration.

The first residents of Celebration were chosen by lottery.

In November 1995, The Walt Disney Company hosted a lottery where 1,200 people turned in deposits of $1,000 for a chance to own a home in Celebration.

The first family moved into the community in June 1996, per the Celebration Foundation timeline.

Less than a decade after opening the town to residents, Disney sold it. In 2004, Disney sold the town to a private-equity firm for $6.5 million, according to the New York Times.

Like any town, Celebration has some dark spots in its history.

According to the New York Times, the first murder in Celebration happened in 2010.

A decade later, the town is currently dealing with its second-ever murder case.

There have also been reports of diversity and segregation issues and some of the town's inhabitants have had legal issues with the private equity firm that bought Celebration from Disney.

Today, the town is pretty quiet and it doesn't actually have much of a Disney connection. Although Disney no longer owns Celebration, the town continues to mostly look the way Disney designers intended, at least in terms of pastel-coloured buildings and vibrant signage.

But none of the town's businesses are Disney-themed or named after fun characters, and you won't see any hidden Mickey Mouses sprinkled throughout the area.

There aren't castles or massive hotels here, either. Most people seem to live in condo units or houses. The town has a big name, but it has fewer than 7,500 residents. Many of them live in condos or rented houses that they only reside in for certain parts of the year.

The condo my family lives in is pretty standard for the area and it has six units. Each unit has its own garage and balcony area and they each contain two bedrooms, two bathrooms, a side room, a large living room, and a kitchen.

Many of their neighbours live in other states and only reside here in the winter, which keeps the area quiet and traffic-free.

My family loves Disney, but they mostly moved from New York City to Celebration because of my sister's health needs. My sister uses a wheelchair and has a variety of health conditions and, in many ways, life is easier for her and my family now that they're in Celebration.

For starters, the sunny Florida weather means my sister no longer has to deal with cold New York City winters, which can cause her joint pain.

Plus, it's easy for her and my family to get around since most buildings in town are only one or two stories tall, and most streets have curb cuts and crosswalks where appropriate.

As my family and I quickly noticed, Celebration also repairs damaged sidewalks quickly when issues do occur, though the lack of harsh winter weather keeps pavement from suffering from the potholes that appear constantly in New York.

These factors, combined with low traffic in the area and a nearby hospital, mean that my sister can easily attend local events while still being close to the medical care she needs.

Overall, the town's weather and layout makes it easier for my sister to attend both fun events and medical appointments. Since the area has convenient access to both medical and social needs, it's no surprise Celebration has a sizable population of residents who are elderly and residents who have disabilities that may make it difficult to get around.

My sister is also a huge Disney fan and although regularly visiting the parks isn't much of an option, if we ever do want to go, Celebration is much closer to Disney World than New York is.

On most days, my family and other Celebration residents spend time in the town's center. The highlight of the town is its center, which currently has some restaurants, a few small stores, a library, a post office, a dog park, and an abandoned movie theater.

The majority of businesses in town are located around a large lake and some of the buildings look like dulled-down, more practical versions of ones you might see in Disney's Magic Kingdom.

Most of the businesses are centered around food, both for people and for pets. The businesses in the town's center are almost all dining establishments - and the main area has Italian, Colombian, Thai, Mexican, or American cuisines to choose from.

I have enjoyed eating at all of the restaurants I've tried, but have noticed that parking in the area can be a hassle.

Since these places are within walking distance to many of the condos, a lot of people travel on foot when they're going to grab dinner. Since several of the eateries have outdoor seating, I often see a lot of diners enjoying a meal outside with their dogs lounging next to them.

It's also not uncommon to see people taking post-meal strolls along the town's main lake.

The town also has a massive, retro-style movie theater that has been closed for a decade. A number of local businesses surround a massive 527-seat movie theater that was built in 1994.

It has not been in use since 2010, although there is a popular ice-cream shop in the theater's former lobby.

When my family and I want to see a movie, we have to go to the Disney Springs theater, a venture that involves a 20-minute car ride and searching for parking in the tourist-filled area.

Aside from the town's square, there's not much else in walking or biking distance from Celebration, Florida. Although Celebration has restaurants in town, most residents have to bike or drive to get items needed for day-to-day life.

There's nowhere in town to pick up household supplies, like paper towels, nor is there anywhere nearby to pick up groceries.

When I'm visiting my family and want to grab something frozen to eat for dinner, I have to borrow their bike or car to get over to Publix, the nearest food store.

If I want any kind of beauty products or even just a spare change of clothes I have to head to Target or the Florida Mall, both of which are too far to get to without a car.

And, if I want to find something interesting to do in the area, chances are the concerts or shows I'd be interested in would be taking place in Disney Springs.

Although all of the Disney areas are only a few miles away, the distance is too far and crosses too many major highways to attempt walking or biking there.

Most of the time, residents of Celebration participate in fairly standard town events. The town hosts frequent lunches and tea parties - most of them are pretty standard and have nothing to do with Disney. 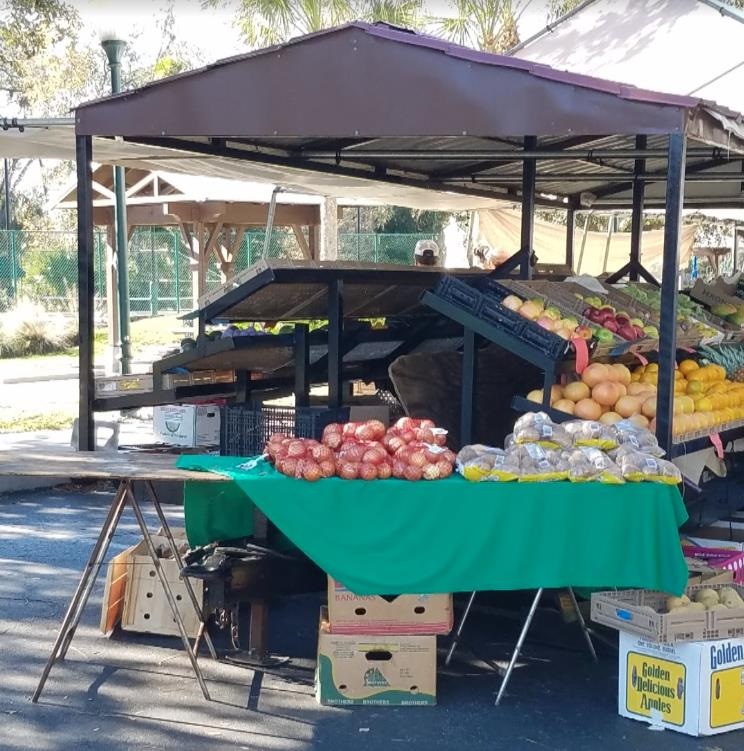 A bunch of food trucks set up shop in the town once a month and the farmer's market pictured above is a weekly event.

In my opinion, one of the biggest draws of Celebration is its gorgeous scenery. My favourite thing to do in town (when the weather isn't too hot or too stormy) is to explore different trails to find quiet scenic places to read.

These walks have led to many alligator, squirrel, and raccoon sightings. They tend to stay within the water but, as you can see, they get quite close to the paths around the lake.

There are even signs warning people not to feed the alligators, who hang out around the lake anyway. The feeding rule is no joke - there's a law in Florida that prohibits feeding alligators and crocodiles.

Although I have never seen anyone breaking this law, alligators are still noticeably present in the area.

The town has some beautiful wooded paths, too, but walking them in the summer can be brutal. When I plan on walking the trails here, I slather on sunscreen and bring a small backpack with enough room for a book and a bottle of cold water.

I also research the area's seasonal weather to avoid heading out just before an intense heatwave or heavy storm.

Overall, Celebration is peaceful and beautiful, but it doesn't really live up to its fun name. Although the area can be perfect for those who are elderly or those who have certain health needs, I find the town to be a bit underwhelming and even boring.

The events in town aren't really meant for adults in their 20s, and getting to the Disney events that would be more interesting to me means taking an expensive trip there and back.

For me, Celebration is a great place to visit for when I need a break from New York City and want a quiet trip that lets me explore nature and spend time with my family.

But if you're looking for an exciting, event-packed experience, don't be fooled by the town's fun name - you should probably head over to Florida's amusement parks or bigger cities instead.