"You haven't been to Ponte City until you get hit by a nappy. Or baptised with water", says Dlala Nje's experience architect Gilbert Mwape, glancing skywards during a Johannesburg inner-city walking tour. Under current South African lockdown regulations, tour guides like the mask-wearing Mwape are allowed to work, as tourism is slowly opened up, with in-province overnight stays soon to become legal. (Hiking, fishing, day visits and safari self-drives are also permitted in places such as the Kruger National Park and private estates – as long as the destination lies within the traveller's immediate province of residence.)

Established in October 2012, responsible-travel tour operator Dlala Nje (which means "play" in isiZulu) was one of the first to reopen again in June. Gautengers can join Dlala Nje's iconic Ponte City Experience, a walking tour that not only highlights the positive side of Ponte but also helps to make surrounding Berea a better place.

And if you're just getting out of the house again, Johannesburg's infamous Brutalist Ponte City is a good start. It saw the advance and collapse of apartheid, lavish wealth, then druglords during democracy. Above all it is a symbol of the resilience of spirit.

"Revenue generated from walking tours funds our community centre", Mwape says. "That's what Dlale Nje does; we challenge perceptions and create opportunity. Roughly 140 kids from the building and surrounding areas are enrolled here." 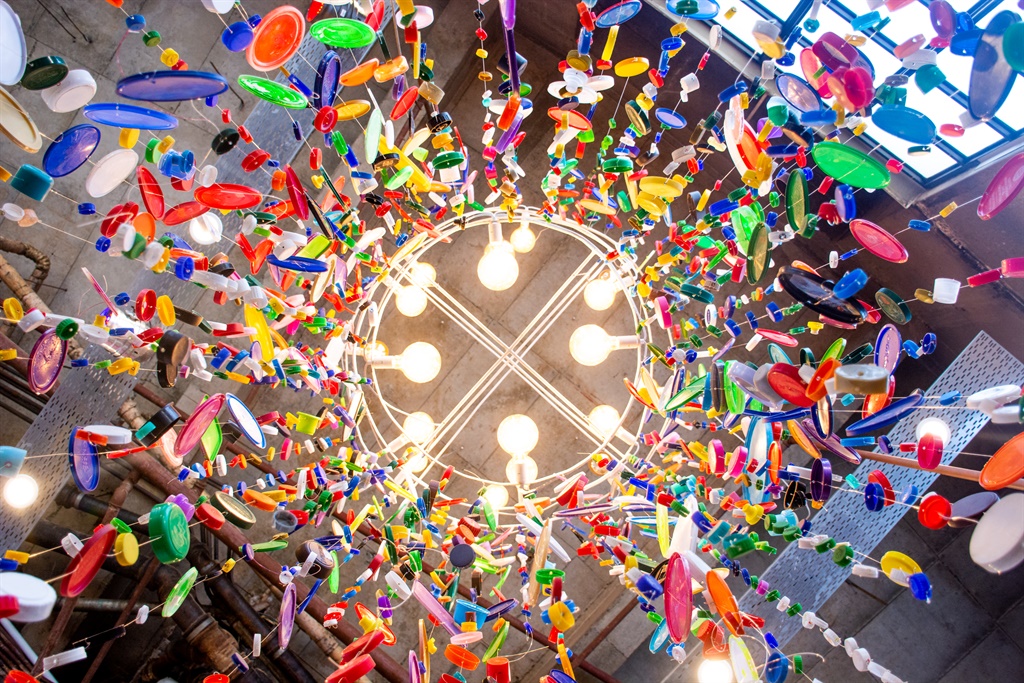 Top students earn stars (for homework completed or attending yoga, marimba or even Afrikaans lessons) and can work in this safe learning environment, sometimes towards a weekend away. "The last one was in Magaliesberg. To show them that when you work hard, you deserve a reward! That's how we get kids from the street to participate," says Mwape.

The tour starts at the community centre, the joyful heart of Dlale Nje, and ends at Ponte's frequently-photographed concrete core which once, during the hijacked structures least-glamorous era, was the site of a rubbish dump piled several storeys high. Mwape steers visitors up and down the 54-floor multi-storied residential block, reliving its colourful history from the building's birth in 1975 to rejuvenation in the wake of the 2010 Fifa World Cup.

Sadly, the community centre has been eerily quiet for almost six months. "We closed the centre before the lockdown in February", Mwape says. "With tourists from all over the world, we chose to protect the community early. We are still distributing some work papers though so that kids can earn their stars, but we'll only reopen the centre when it's safe again." The absent children are not the only variation to Dlale Nje's immersive adventures. One can't ignore the fact that these tours are taking place in a coronavirus hotspot. During July, the City of Johannesburg reported between 1,000 and 3,000 new Covid-19 cases every day.

In this era of social distancing and compulsory mask-wearing, heightened safety protocols are imperative. Laurice Taitz-Buntman, the editor of In Your Pocket Johannesburg City Guide, says "All [tour] businesses we have spoken to have introduced limits on numbers along with other safety protocols". Jo Buitendach, the proprietor of Past Experiences (established in 2009 and dubbed as the original Joburg Walking Tour Company), is one of them. Buitendach has also returned to touring with a maximum of four participants and special tours for locals. "It's weird not being able to see someone's face and smile or shake a hand or touch people. I'm a person who is very hands-on and hugs a lot of people. I struggle to stand back", Buitendach says. "The whole point is to taste and smell and touch!"

Dlala Nje's 90-minute Ponte City Experience is capped at five people per tour on alternating days of the week (Mondays, Thursdays, Saturdays and Sundays) with strict sanitation in between. Smaller groups make for a more intimate encounter with Egoli. The team has also reimagined their offering and introduced a new 25-minute virtual Hillbrow tour. "We are lucky to live in a place like Johannesburg where the city offers so much to explore, from architecture and street art to incredible cultural diversity and street life", says Taitz-Buntman. "Virtual tours are a great way to share our tourism attractions, so as a marketing tool, but not necessarily viable as a business model". On the flip side, Gilda Swanepoel of Eenblond Tours has chosen not to offer any trips, pivoting instead from foodie outings in Fordsburg to selling firewood. "The areas that I tour in are hotspots with very high density. Social distancing is not maintained by the locals, and masks are not worn, or not worn correctly. I feel it will be very irresponsible of me to expose my guests to these areas", Swanepoel says. "My tours are about cultural immersions: talking to the locals, eating together, debating, sharing a drink, learning each other's cultures. With new protocols like mask-wearing, social distancing in place, my tours lose their attraction, draw and impact".

Local tourism provides vital income to not only operators such as these, but also the small businesses en-route. Sadly, several suppliers on one of Swanepoel's regular food tours have closed permanently. "Of the Melville tour, only one participant out of seven remains", Swanepoel says. Going forward, she's hoping to offer different tours to locals instead, such as "weekend experiences to undiscovered places, since they can't travel internationally. I hope it will make locals rediscover the incredible travel opportunities on their front stoep". Notwithstanding the challenges of modern safety etiquette, intrepid locals are looking at tour guides to cure their Covid blues. A walking tour of Johannesburg presents an affordable window through which to experience the oft-overlooked aspects of home, and it seems that once bitten, very often, Joburgers return.

"Everyone who has been on [recent] tours is a client who has been on tour before: street smart, careful and aware, and all wearing masks", Buitendach says. "I think they're just desperate to do something other than sitting at home". While South Africa's travel and tourism industry has essentially ground to a halt, hindering the do-good sides of businesses like Dlala Nje, there does seem to be some light at the end of the Ponte Tower tunnel. "People need to get out and walk to remember what life was like", says Buitendach. "Get into the sunshine, get some Vitamin D, move, learn, socialise - a city tour is a great opportunity for that".

You just might need to dodge a diaper or two.

Related Links
Art Deco: Here are the buildings that made Joburg ‘little New York’ in the 1930s
After ditching Cape Town property, Hilton signs deal for new 'hip' hotel in Joburg
Foreign tourists may be allowed back by January, local leisure travel by end-September - report
Next on Business Insider
One of Europe's busiest airports is offering cash to people who missed flights because of huge lines