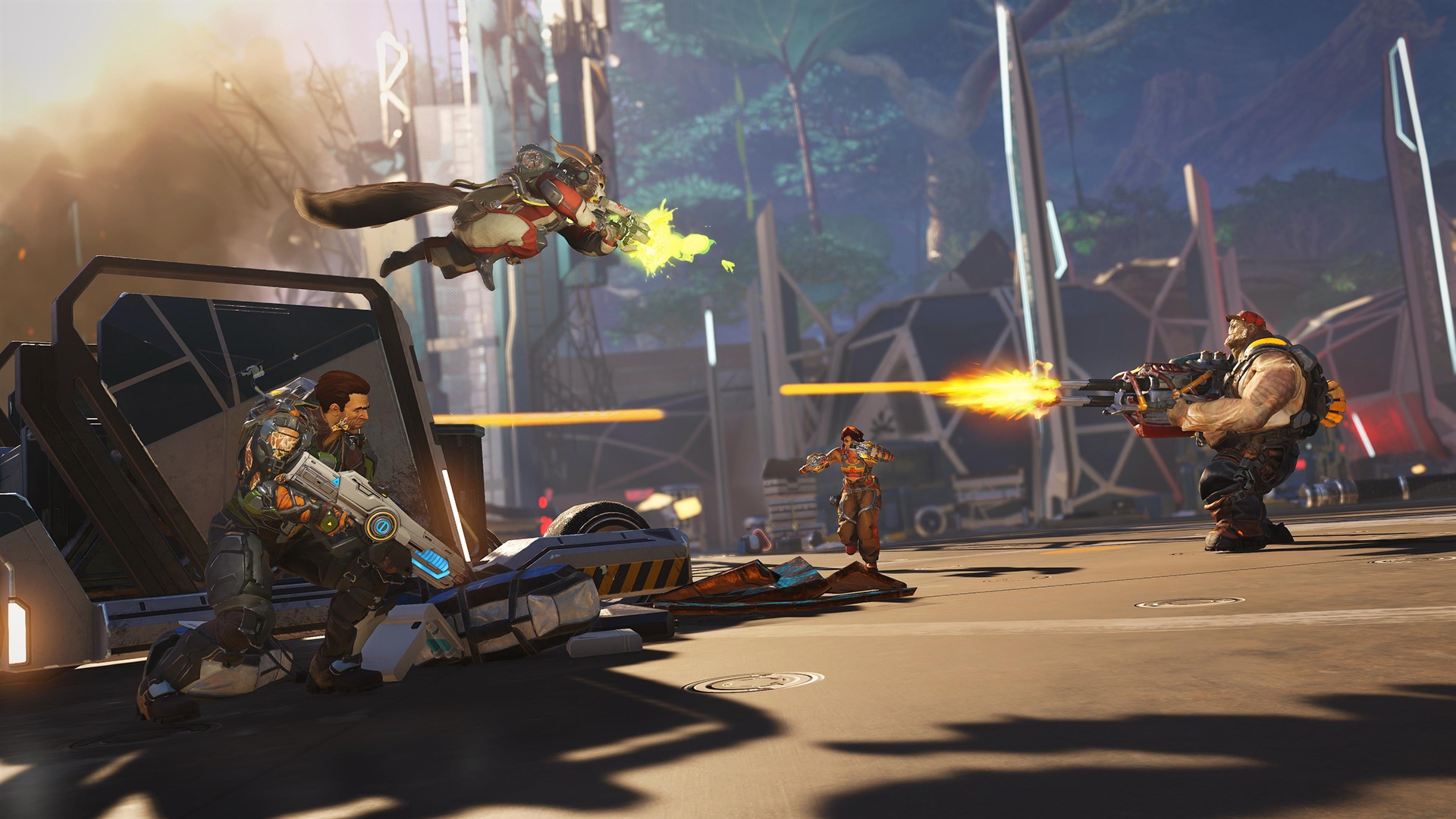 Did you know that Amazon, the biggest company in the world, launched a big-budget video game recently?

The game is called "Crucible," and you're forgiven if this is the first you're hearing about it. Despite being free-to-play and available on the world's largest gaming platform, Steam, "Crucible" has already come and gone from the top 100 charts.

So, how did "Crucible," a free-to-play multiplayer game, go from a promising new game to being pulled from storefronts in just a few weeks? Here's what we know:

When "Crucible" launched on May 20, it arrived with very little fanfare.

It's important to understand the type of game that "Crucible" is: a team-based online multiplayer shooter, more akin to "Overwatch" than to "Fortnite." But its gameplay takes more inspiration from the world of MOBAs - "League of Legends" and "DOTA 2," for instance - than competitive shooters.

Also of note: It's a free-to-play game with a PC focus, which puts it in direct competition with games like "Valorant" from Riot Games. Amazon's goal for "Crucible" was to attract tens of millions of players and, with any luck, have it become a major esport game.

The contrast between how "Crucible" launched and how "Valorant" launched is illustrative of why the former failed while the latter is succeeding.

When "Valorant" launched this year, it was available in a closed beta that you could only get access to by watching Twitch streamers play the game live. Through a "drop" system tied to Twitch accounts, viewers would gain free access to the beta. This way, new "Valorant" players already had some idea of how to play the game because they'd watched someone play it live.

In the weeks leading up to and following the launch of "Crucible" in late May, Amazon didn't utilize its own streaming service - Amazon owns Twitch - to promote the game. There were no major streamers playing the game and hyping it up, no trailers for the game running as ads, and no "drop" system to gain early access. Similarly on YouTube, where gaming dominates attention, ads for "Crucible" were nowhere to be seen.

With little advertising, and little to no buzz from press, very few people ever played "Crucible." Which is to say: Two days after launch, fewer than 5,000 people were playing "Crucible" at any given time.

These numbers would be bad for a premium game - a game that people had to pay for upfront - but they're especially bad for a free-to-play multiplayer game, where the business model is based on bringing in huge numbers of players.

The logic for free-to-play games is you bring in a ton of players and then either sell ads that appear in-game based on those huge user numbers or sell in-game cosmetic items that players can purchase.

"Fortnite" is a great example of this: The game costs nothing to play, and has tens of millions of players. If just 1% of players buy in-game items, "Fortnite" maker Epic Games profits handsomely. Analysts estimate "Fortnite" made $1.8 billion (R30 billion) in 2019.

Simply put: If no one's playing your game, there's no one to buy those virtual items - a major issue when your business model is predicated on a huge user base.

In the weeks following launch, player numbers continued to drop. By mid-June, the game averaged in the low hundreds of players at any given time. The poor launch of "Crucible" led to a gradual decline in players until, just a few weeks after launch, no more than a few hundred players were online at any given moment.

Beyond being a business problem, the low player numbers made it hard for the few people still playing to find other players. This issue was compounded by the game itself: "Crucible" initially launched with three separate game modes, which split up its player base from the jump.

Amazon cut two of those modes soon after launch in an attempt to corral existing players, but it was already too late.

On June 30, Amazon outright pulled the game out of open release and put it back in "closed beta" – a term used for games that are still in development. On June 30, just over a month post-launch, Amazon pulled "Crucible" out of open release back into "closed beta" - a term used to describe games that are still in development.

People who already own the game still have access to it in the closed beta, and Amazon said it will open up applications for entry in the coming weeks.

But if the game's free anyway, why pull it from stores?

Amazon said the move was intended to, "help us focus on providing the best possible experience for our players as we continue to make the game better."

The reality is no doubt more complicated, but it's clear that - even after five-plus years of development, and tens of millions of dollars - Amazon still has more work to do.