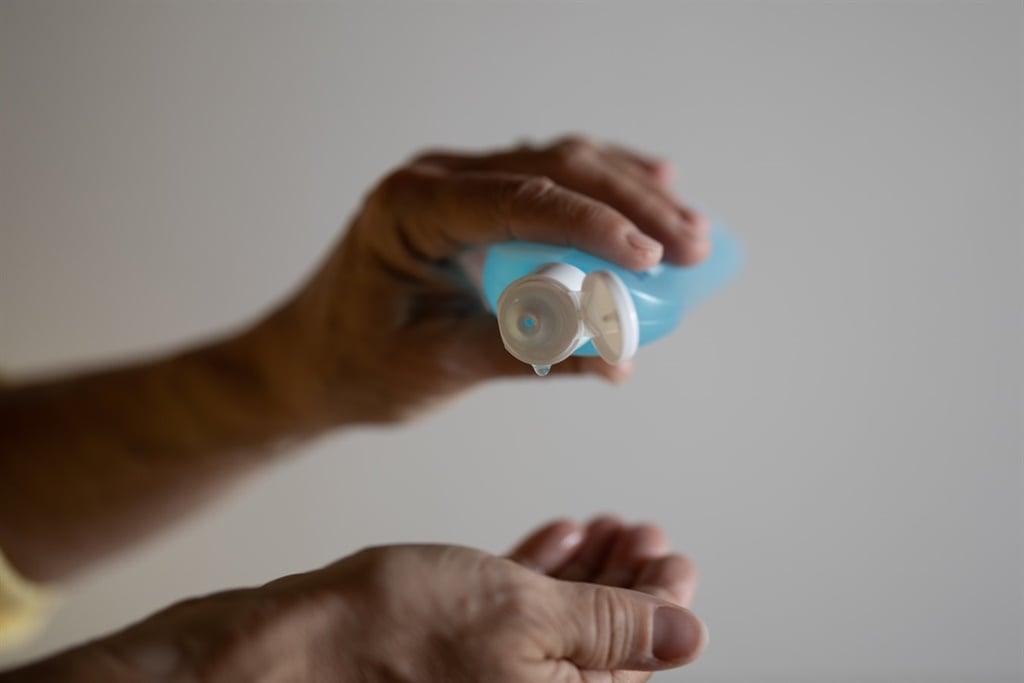 It’s possible to be allergic to the ingredients in hand sanitiser, say experts. And using too much sanitiser, or the wrong kind, can ruin your skin.

Business Insider SA has received reports from people who have developed rashes and other symptoms after contact with hand sanitisers, which are now widely used - and legally enforced - at stores and workplaces.

After presenting with severe hayfever symptoms, one reader was told by the doctor that she may be allergic to the ingredients in sanitiser.

According to dr. Nomphelo Gantsho, a Cape Town dermatologist in private practice, allergic reactions may be caused by compounds that can be present as inactive ingredients in alcohol-based hand sanitisers.

Other allergens in the hand sanitiser include the antiseptic agent chlorhexidine, the fragrance used to make the sanitiser smell nice, and the dye used to colour it. Any one of them might be causing a reaction.

What is clear, is that the high alcohol content of hand sanitiser actually makes it easier to have an allergic reaction. “Hand sanitiser needs to be at least 60% alcohol to be effective against germs, but alcohol breaks down the skin’s protective barrier of natural oils, and allows allergens into the bloodstream,” she says.

For some people the reaction is immediate, and often presents as a form of eczema - itchy, cracked, burning and inflamed skin. For other people, the allergy will only present itself after hand sanitiser has been used for some time, says Gantsho.

Don’t use sanitiser if you can wash your hands

Stick to soap and water if you can, say the experts. Hand sanitiser should only be used when water and soap are not available. And using both sanitiser and soap right after each other is even worse for your hands. The alcohol dries out your hands and basically annihilates the lipids the fatty cells and oils that protect your hands. That means the skin is not getting the moisture it needs.

South Africans still need to go to the shops, however, and that means sanitiser being sprayed on your hands.

Using alcohol-based sanitiser is going to age and dry out your hands. There’s no way around it. Using gloves might not help either as the act of putting on and removing gloves stresses the skin. Latex gloves could also lead to you developing a latex allergy.

What you can do is try and combat it, says Asmal. That means using a good hand moisturiser. A good moisturiser contains two things:

You can also use a steroid cream, such as hydrocortisone cream, to soothe your hands, she says. Go see a specialist if your symptoms do not subside.