Free coffee, craft beer and mouthwash. The US office-sharing giant WeWork is coming to Joburg Inside a WeWork open-plan office in New York.

The American office-sharing giant WeWork will open its first office on the continent in Rosebank, Johannesburg.

WeWork offers large shared workplaces for individuals and companies who don’t want the hassle and cost of maintaining their own offices.

It is renowned for creating comfortable, millennial-friendly surroundings, which include having open lounges and plush sofas, as well as free coffee, craft beer on tap and even mouthwash in the bathrooms. All WeWork offices have lounges and conference areas.

Offices typically have private phone booths and a communal kitchen. Some even have gyms, as well as ping-pong, pool and foosball tables. Launched in 2010 in New York, WeWork has been called the most hyped start-up in the world after Softbank announced a plan to invest $16 billion into the privately-held company last year. The investment would have made WeWork the second most valuable start-up worldwide, but the Japanese behemoth has since cooled on its plan, scaling down its commitment to only $2 billion.

Still, WeWork is massive. The company has 400 offices in 100 cities, with 400,000 members who pay monthly fees to use its offices. It’s the biggest office tenant in both New York City and London WeWork office decor has been described as "startup kitsch".

Its first South Africa office will be at the brand-new Rosebank Link building located at 173 Oxford Road. WeWork will rent it from Redefine Properties, under a revenue sharing agreement. A Redefine representative said the building should be ready for occupation by the third quarter of this year. WeWork will occupy six floors.

Read: Here's what it's like to work in a WeWork building

Up to 2,000 members could be accommodated in its office. The building has direct access to the Gautrain station through “a landscaped pedestrianised thoroughfare” that runs underneath the offices. 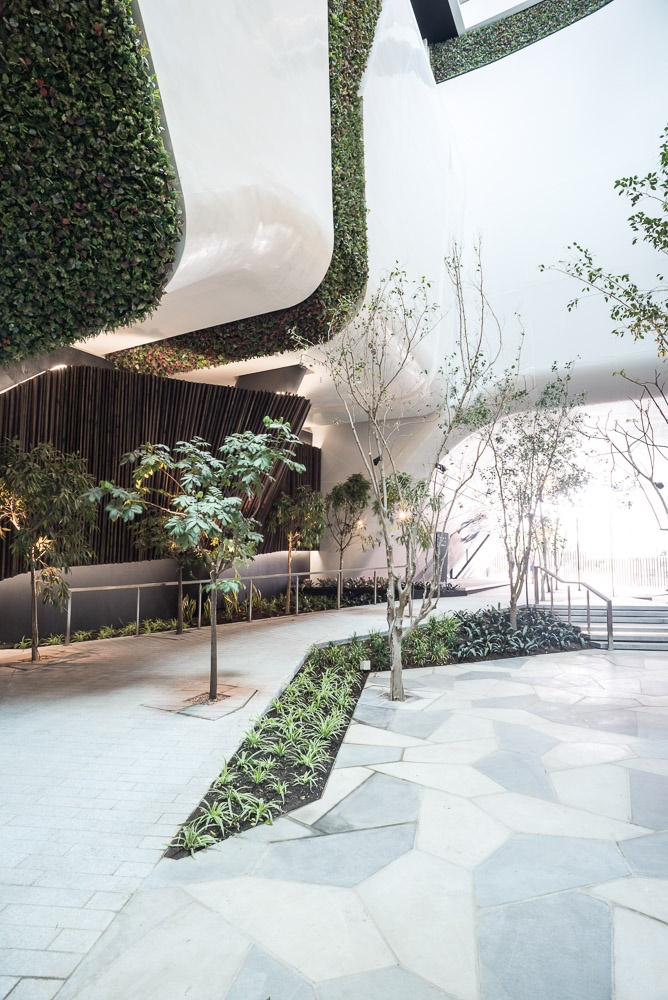 WeWork has not yet confirmed local membership costs. In India membership for a “hot desk” (meaning you won’t have a dedicated place to sit) costs R1,100 a month, while a dedicated desk comes to R2,000 and a private office is close to R4,000. In the US, membership fees are much more expensive, with a hot desk starting at around R5,000 a month. Africa is the only continent WeWork hasn’t yet entered, but Eugen Miropolski, managing director of WeWork International, tells Business Insider South Africa there is “huge potential for WeWork in Africa".

“South Africa makes sense for us from a global expansion perspective: we’re entering a new continent in a country which has close ties to other major WeWork communities such as Europe where we have a strong community of over 60,000 members,” Miropolski says.

The Rosebank WeWork space will be specifically designed to reflect the Joburg culture, he added. A local team will be hired to “programme” the space. “They have to be connected to the culture.” He hopes that the WeWork space in Johannesburg will bring together “a  community of creators from diverse backgrounds including entrepreneurs, startups and large corporates” which will spark collaboration and help to grow the businesses.

Related Links
20-second office exercise 'snacks' could actually improve your fitness, according to new research
I get more done working from home than I ever did at an office. Here are 5 ways I've increased my...
6 things that may be annoying your co-workers – including your personalised ringtone
Next on Business Insider
SpaceX included a controversial NDA when it settled a sexual misconduct claim against Elon Musk