Sex is chock-full of health benefits like stress relief and incontinence prevention, but even small missteps can result in serious injury.

In addition to commonly cited sex injuries like broken penises and falls in the shower, a handful of more obscure sex accidents have occurred and prove sex can be, well, complicated.

From spicy food that burned a woman's genitals to a wedding ring caught on a man's penis, these are some of the weirdest sex injuries in history and the medical explanations behind them.

A woman's vulva burned after her partner ate hot sauce and performed oral sex on her. 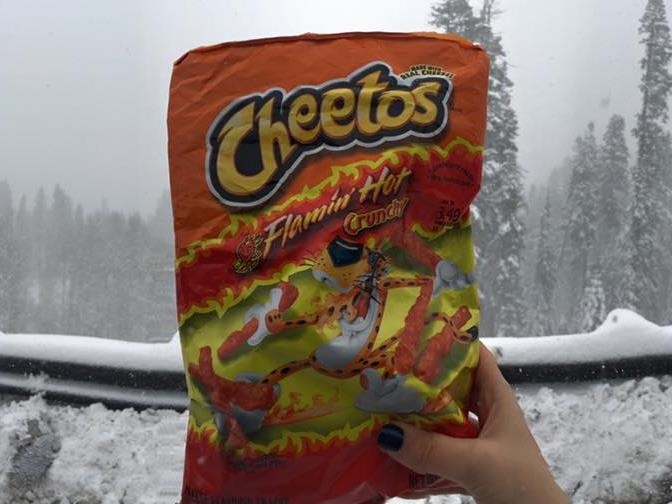 That was the case for one woman, who reported a burning sensation in her genital area after she received oral sex.

"The hot sauce her partner consumed prior to the sex act left mild burns on her genital region," Dr. Gabe Wilson, an emergency physician, told Men's Health of his patient.

In addition to spicy foods feeling hot on the tongue's taste buds, they can also interact with skin receptors that process pain from things like extreme temperatures, pinching, cutting, and chemicals.

When something like a chili pepper touches then skin, the receptors process it as a chemical reaction that creates a painful sensation. Add the fact that the vulva is made from some of the most sensitive skin on the body, and a hot food reaction can be a recipe for disaster.

One man got a wedding band stuck around his penis when he tried to use it to help with erectile dysfunction.

"He had erectile dysfunction, and was having difficulty maintaining an erection so he did some poking around online, and read about putting a ring on his penis to help," Dr. Robert J. Hartman Jr. told Men's Health.

Special rings designed for the penis exist, but this man decided to use his wedding ring to test out the online suggestion and it ended up getting stuck since it's made from metal rather than a more forgiving material that could slide off the penis once it's erect.

Dr. Hartman said the wedding ring stopped blood flow out of his penis, causing it to become swollen and "borderline necrotic," but his team was able to eventually remove the ring using a diamond-tip saw blade.

After a woman ingested her partner's semen, she had an allergic reaction and broke out in hives.

The woman also had trouble breathing, and when doctors investigated, they discovered she had an allergy to the antibiotic penicillin. Her partner had traces of a similar antibiotic, amoxicillin, in his semen, according to BMJ Case Reports.

He had been taking amoxicillin to treat an ear infection.

Allergens transferred through sex have barely been studied, and this case is one of the first that demonstrates the phenomenon.

Another study, published in 2007 in The Journal of Investigational Allergology and Clinical Immunology, involved a woman who also had an allergic reaction after swallowing her partner's semen. She was allergic to Brazil nuts, and doctors found traces of them in his semen after he ate some earlier that day.

Men have reported genital trauma after accidentally getting their penises stuck in their pant zippers. A March 2013 report in Sexual Medicine found that penile trauma due to zippers was fairly common. Researchers found that between 2002 and 2010, an estimated 17,616 people showed up in emergency rooms in the United States due to trouser zip injuries to their genitals.

"The penis was almost always the only genital organ involved," the researchers wrote.

The average age for this type of injury was 22 years and the median age was 18 years.

One woman had an orgasm for three hours straight.

Sex that ends in orgasm is typically the goal for most people, but one woman's orgasm was so intense, it landed her in the hospital.

On the TLC show "Sex Sent Me to the ER," a woman named Liz had sex with her partner Eric. But when her orgasm went on for an hour after sex, she started to panic and tried drinking wine and jumping up and down to try and stop the orgasm, but nothing worked.

That's when she went to the hospital. After three hours of orgasming, Liz's orgasm subsided.

The TLC show didn't cite a specific diagnosis for Liz's condition, but something called persistent genital arousal disorder (PGAD) does exist. PGAD happens when a person has frequent genital arousal that comes out of nowhere and isn't always caused by typical sexual arousal triggers.

He then told doctors he witnessed a "legless lizard" crawl into his urethra. They were able to remove the animal, but it didn't survive.

According to a 2010 report in the International Neurology Journal, instances of objects in a person's urinary tract are rare, but they do occur. "The material of the foreign bodies has varied from wire, screw, or ball point pen to animals such as a snake," the authors wrote.

Typically, these reports are the cause of a person's sexual curiosity or "exotic impulses" and don't always cause pain or harm.

But like the case of the man on "Sex Sent Me to the ER," certain foreign bodies can lead to pain, urinary tract infections, and blood in urine.

A woman lost her hearing during an intense kiss.

According to Reuters, a Chinese woman was passionately kissing her boyfriend to the point it ruptured her eardrum.

She arrived at the hospital completely deaf in her left ear, but her doctor said it would likely return to normal in two months' time.

"The kiss reduced pressure in the mouth, pulled the eardrum out, and caused the breakdown of the ear," the woman's doctor said.

A woman got appendicitis after swallowing a condom.

The 26-year-old woman arrived at the hospital complaining of nausea and pain in her stomach area. After running tests, doctors found she had appendicitis due to swallowing a condom.

The condom swallowing resulted in inflammation, according to the 2016 report, published in in Journal of Medical Case Reports.