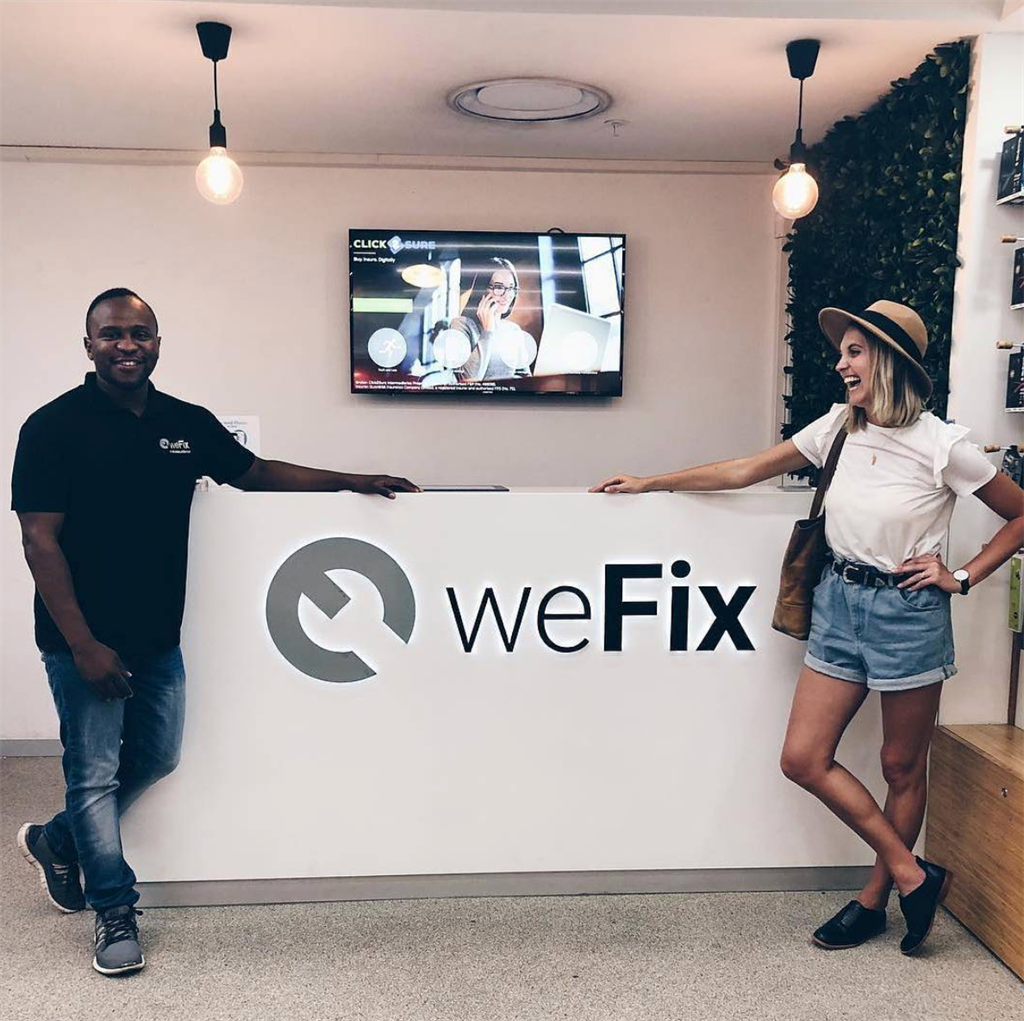 (Instagram, @wefix)
WeFix, one of South Africa’s largest cellphone repair companies, has retrenched 30 staff members across the country in a bid to keep afloat after entering into business rescue.

The eleven-year-old company is also in the process of closing six of its more than 24 stores, chief financial officer Ariel Kolin told Business Insider South Africa on Tuesday afternoon.

Some of the stores have already been closed.

“There’s no secret that both the economy and retail environment have been extremely challenging over the past two years,” Kolin said in a statement.

“As 2018 unfolded we accepted the need for guidance as we reset the required infrastructure and expenses.”

He said WeFix, formerly known as iFix, adopted a business rescue solution on Friday which will hopefully secure the jobs of the remaining 150 people within the company.

“To confirm, there is no question about the ability of WeFix to pay salaries – all salaries will be paid, in December,” Kolin added.

It has rapidly expanded the past few years, introducing repairs and sales for Samsung, Huawei, LG, and DJI devices aside from its usual Apple product repairs.

Kolin said shareholders have committed funding to complete the business rescue process by the end of January.

“While we wholly accept the ongoing challenges within the process - understanding that no one, especially ourselves, wishes to engage in a reset of this kind,” he said.

“We had to make resolute decisions to find a solution for all parties involved and to save jobs which are now secured.”