Rebecca and Marvin Beavers decided to take their wedding pictures in the cereal aisle where Marvin first asked for Rebecca's phone number.

Rebecca and Marvin Beavers first met while working at a Marc's grocery store in Brooklyn, Ohio, where Rebecca was a cashier and Marvin was a new employee.

Seven years later, the couple tied the knot. For their wedding photos, the couple decided to return to the spot where it all began - the cereal aisle where Marvin first asked for Rebecca's phone number.

However, the Beavers' creative and lighthearted photo shoot in the cereal aisle of Marc's grocery store certainly stands out to her.

Rebecca and Marvin Beavers married in January, seven years after they first met. They had picked the January date two years in advance, hoping to have a winter wonderland wedding.

"Living outside Cleveland, you never know if what the weather report says is going to happen will actually happen," Schafer told Insider. "On their wedding day, it just so happened to be a 60-degree day in January."

Their photographer suggested some venues for their photo session, but none of them felt exactly right — until they suggested the place they'd met. "We had contingency plans for the photos if it happened to rain or snow. I asked if there was any place special - a lot of people go to the Cleveland Art Museum, which is really nice. Marvin was a little hesitant about it, and said it was pretty but wasn't anything special to them," Schafer said.

"Then they looked at each other and said, 'We can't, but we have to.' I said, 'Just tell me,' and Rebecca replied, 'Marvin wants to go to Marc's!'"

Since the couple met in Marc's, Schafer agreed it was the perfect background for the wedding photo shoot. "Marvin actually asked for my telephone number while we were both in the cereal aisle," Rebecca Beavers told Insider. "He was sweeping the store floor and I was working on returns for the night."

Two bridesmaids helped by blocking off the ends of the cereal aisle while a groomsman grabbed a stray cart. Despite the fact that the grocery store was open to customers, the photo shoot went off without a hitch.

"The whole bridal party was having so much fun," Schafer said. "A lot of other couples are so focused on not doing anything 'crazy' for their photos, thinking it has to be completely traditional."

Schafer said the couple's creativity and willingness to be unapologetically themselves made the experience all the more memorable.

"They were just very like, 'This is our day, we'll do it how we really want to because it's really about us.' It was one of the top 10 weddings I've ever done," Schafer said.

Rebecca Beavers said, at first, she had been hesitant to take photos in the grocery store, but the welcome from the employees and customers was "extremely sweet." "I initially was so nervous, neither of us like a ton of attention ... which is impossible not to attract wearing a giant white dress in a grocery store!" Beavers told Insider. "However, the reaction when we walked in was extremely sweet. People were congratulating us and even clapped for us as we exited the store."

The newlyweds also got to share the moment with some of their old coworkers from Marc's.

"It was also really sweet to see some of the people that we worked with when we stopped in," she said. "When you work and grow up at a place, those people become a part of your story and that is exactly what is important to us."

When it came time for the wedding, the couple had just as much fun as they did in the cereal aisle of Marc's. 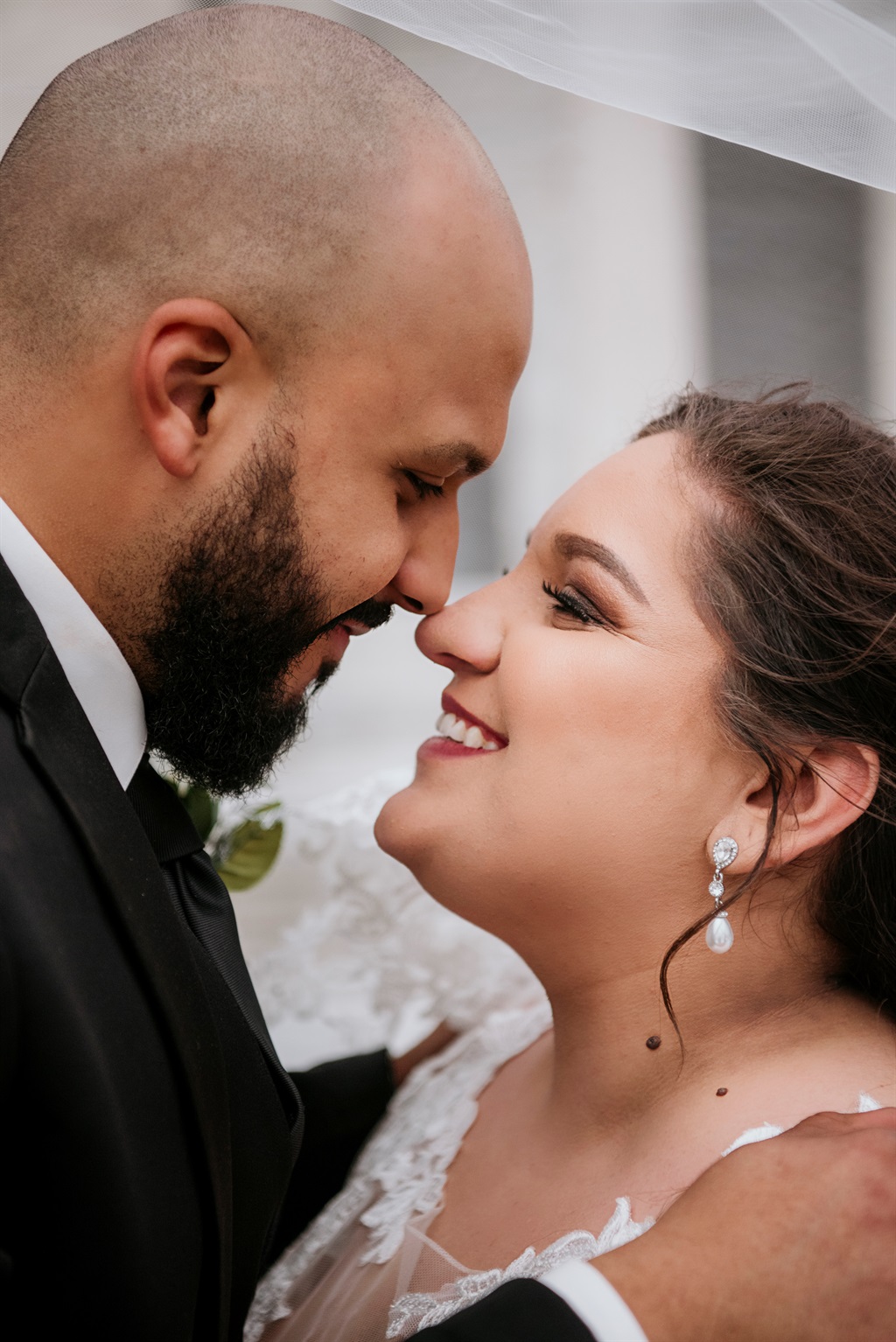 "The whole experience was so amazing," Schafer said. "You could tell that Rebecca and Marvin were so enthralled with each other and excited to get married. The moment Rebecca walked down the aisle, Marvin had to turn away and compose himself. It was a beautiful moment. They had the time of their lives."

The couple is glad other people are getting a kick out of their wedding day, too. They never expected the photos to receive the kind of attention they did, and laugh about it now.

"The reactions have been incredibly sweet and it's so nice to know that something as simple as two people going back to the place they met to take wedding pictures can bring so much joy to people," Beavers said.