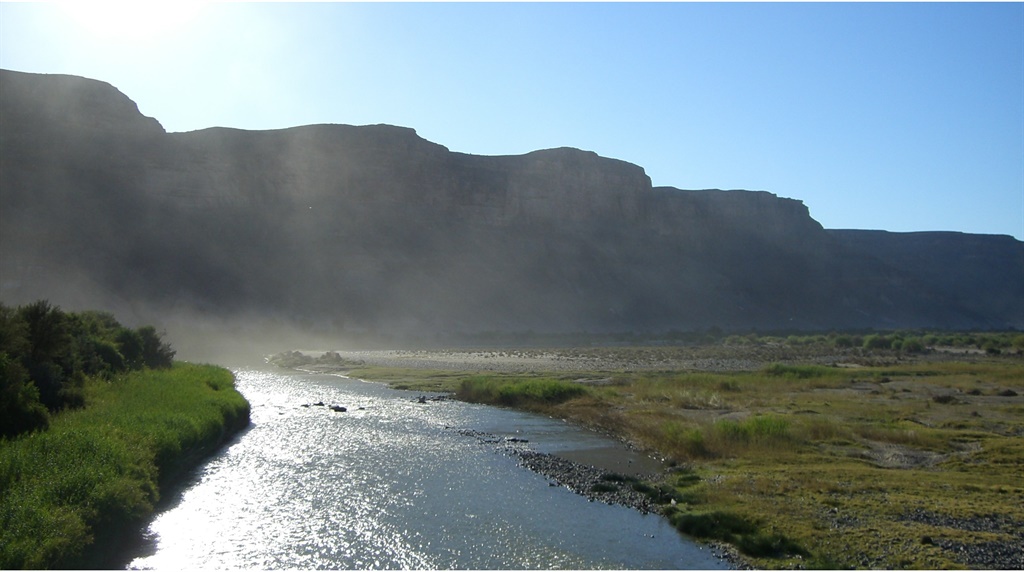 Wikipedia
A Northern Cape village may have broken the record for the highest temperature ever recorded in South Africa - but the claim is in dispute.

SA Weather Service forecaster Mbavhi Maliage told TimesLive Vioolsdrif reached a new record of 50.1 degrees on Thursday and then broke it again by reaching a maximum temperature of 53.2 on Friday. This was rounded off to 54 degrees.

Planet Earth and Storm Report SA first reported the record, but Storm Report later updated its Facebook status to say that the weather station may have been faulty at the time the temperature was recorded.

Dr Peter Johnston, a scientist at the University of Cape Town's Climate Systems Analysis Group, also weighed in on the debate. He told CapeTalk that a red flag went up. “What was worrisome was 54 degrees is way hotter than it had ever been before and temperatures don’t usually get broken by so many degrees,” he told the radio station.

He added that Vioolsdrif is the last town before one crosses over into Noordoewer in southern Namibia. Vioolsdrif and Noordoewer are separated by the Orange River. The temperature in Noordoewer - on the other side of the river - was only 42 degrees at the same time.

See also:These are 13 of the hottest places on earth.

French meteorologist Etienne  Kapikian also dismissed some of the reading as “impossible” and suggested sensory errors as well as faulty  dew points had given the SA weather service unreliable data, the South African reported.

No ! this "record" is very wrong ! It's an obvious instrumental error !
Temperatures can't have reliably exceeded 50°C (or even 48°C) in #SouthAfrica recently. #FakeNews #Vioolsdrifhttps://t.co/Q1lZTPqXfkhttps://t.co/yWFZRq4NO8https://t.co/kK6bnYhNx7