A South African ice cream parlour franchise called Unframed has just been voted as the best ice cream in the world – and its artisan ice cream, which includes funky experimental flavours and vegan-friendly varietals, is certainly something.

The Cape Town-based ice cream maker topped a list of 50 other ice cream sellers from around the world, according to international travel company Big 7 Travel, which sent tasters around the world and looked at reader votes. Unframed opened its first store in 2016  when French-born founder Yann Rey gave up a job in banking and joined up with Stephane Auge.

Read also: A beach with Table Mountain as the backdrop is the most Instagrammed spot in South Africa – but a game reserve and a city of Jacarandas aren’t far behind

Unframed's healthy ice cream is made from scratch with sustainable food. It scored high for keeping its ice creams smooth and rich while experimenting with some unexpected flavours.

We decided to see what the fuss is about, and we were not disappointed.

Unframed stores can be found in the V&A Food Market, Gardens, and in Woodstock in Cape Town. The ice creams are beautifully lit in these fridges.

I was sceptical about the vegan-friendly ice creams: beetroot chocolate and ginger; matcha latte, and turmeric. I’ve had vegan friendly ice cream before and it has been a hard miss for me. But I found Unframed's vegan flavours were some of the smoothest and tastiest I’ve ever had. They tasted just like dairy-based ice cream - it was like fairies were dancing on my taste buds.

They allowed me to try a healthy sample of each flavour, which not all ice cream parlours do. In the end I opted for a scoop of turmeric. 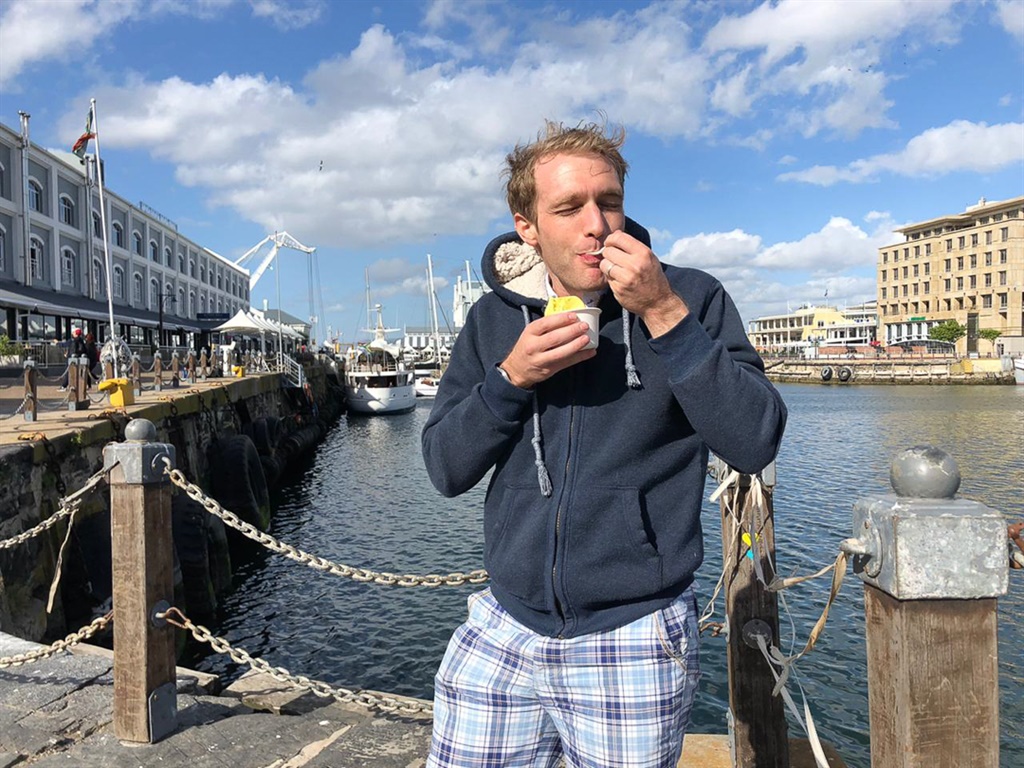 This is a genuine face of contentment.

The ice creams start at R39 for 1 scoop. Like the Milkcow Cafe in Vancouver, Canada which makes a watermelon ice cream sandwich.

...and Giapo, which makes this colossal chocolate squid ice cream, based in Auckland, New Zealand.