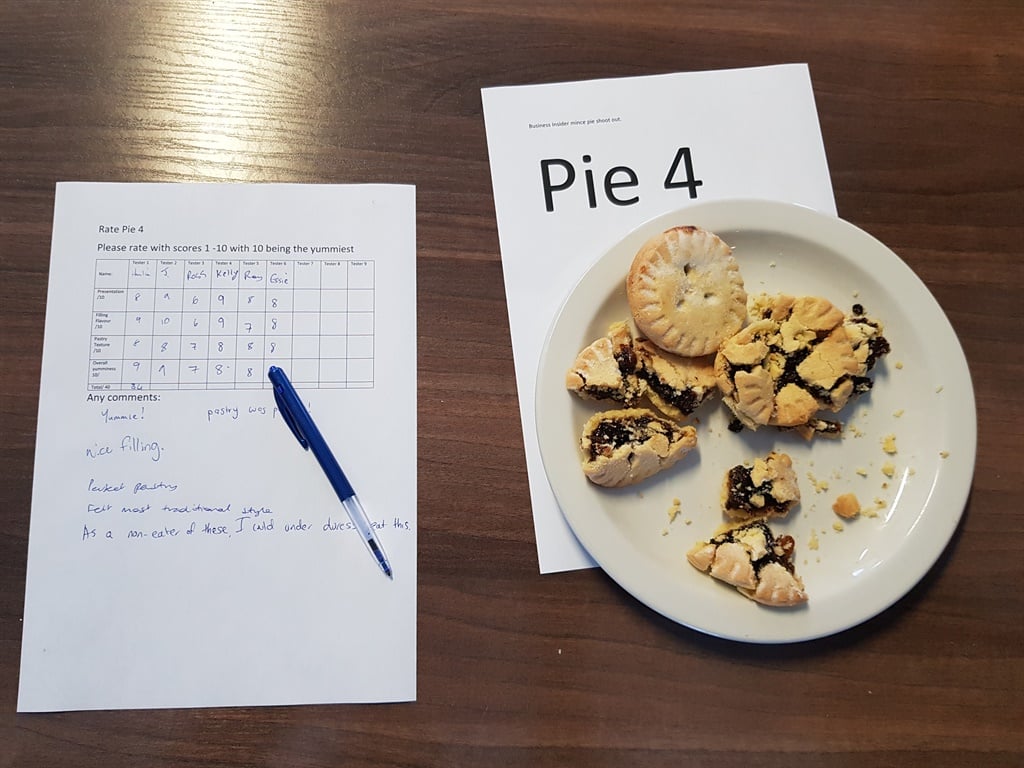 Available in almost every grocery store, the humble mince pie is notorious for being a big miss or a massive hit on the Christmas table.

We tested mince pies from Woolworths, Checkers, Spar, and Pick n Pay to see who really has served up the best this festive season.

A team of 13 volunteers, ranging from mince pies connoisseurs to complete mince pie skeptics, stepped up to sacrifice their taste buds for our blind taste test.

They were asked to score the pies out of 10 in the following categories: presentation, filling flavour, pastry texture, and overall taste.

See also: We compared SA's dinner-kit services UCook and Daily Dish – and the winner was clear for one key and one minor reason

The testers had no idea where the mince pies came from and were asked to judge them unlabelled.

The judging was intense, but in the end, there was a clear winner and one definite loser. 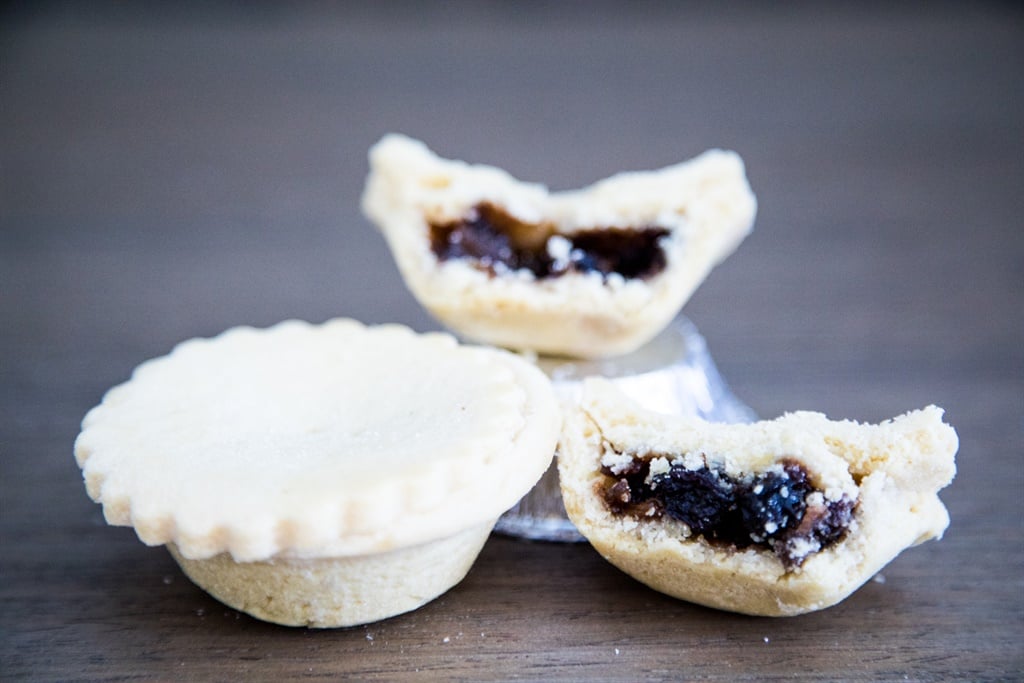 Our tasters did not enjoy this mince pie at all. Some complained that they wish they had eaten it first, so that they could get the bad taste out of their mouths. The pastry was uncooked and tasteless. One pie top separated from its bottom before even being eaten.

“Dry and floury, it is stealing Christmas,” said one taster.

It also took us a while to find them in the store. We had to ask three different Checkers staffers: the first took us to the frozen meat section, the second didn't know what a mince pie was, and the third called the store manager for help. Spar’s mince pies also failed to impress our testers. The majority complained that the pastry was spongy and too doughy.

“It stuck to the roof of my mouth,” said one tester.

“It was rather bland, not much taste or flavour,” said another.

Coming in as the cheapest of the mince pies (when not on promotion), there was some confusion at the till when the teller rang it up as R32.99 rather than the clearly labelled R36.99 on the box.

In a close second was Woolworths' 6 Christmas Fruit Mince Pies. Woolworths scored very high in terms in terms of presentation. It was also the only pies with nutritional information on the packaging, which we loved.

When it came to taste, our tasters gave a high rating. One loved that there was marzipan flavour, which was missing on the other brand pies.

But there was small faults which were its ultimate downfall. One taster said there was too much sugar sprinkling on top; the filling was a tad too sweet for some; and the pastry was slightly thick.

“The pastry to filling ratio was a bit off, but otherwise it was a good mince pie,” said one taster.

Overall the reception was good – but just not enough to take first place. Pick n Pay’s mince pies were by far the biggest hit in our test, coming in at a whopping 74g per pie – nearly double the mass, at no extra cost, of the competition.

Our tasters liked that the filling was not too sweet and one said the pie tasted the most traditional of the pies on the table. The pastry was well liked, even though one taster said that it tasted like margarine had been used instead of butter.

A taster who does not like mince pies said she would have another. Others simply commented that the pies were yummy, and a clear choice for the Christmas table.

Related Links
We tested the Joburg, Cape Town and Durban metro call centres - here's what we found
We tested the futuristic R5,000 oven that some say could replace every cooking appliance that you...
We tried the new white Amarula vanilla flavour – and two things surprised us
Next on Business Insider
Purity didn’t trivialise the role of black dads by showing a pregnant woman alone: ad watchdog