KFC has added chicken nuggets to its menu in South Africa.

The fast-food chain joins the likes of McDonald's and Burger King, where nuggets have long been firm favourite. McDonald's McNuggets were introduced to the brand in the 1970s, though they were only available in selected stores in the US initially.

Burger King introduced chicken fingers in the mid-80s which were later replaced by nuggets in 2013.

KFC also introduced their nuggets in the mid-80s – but not in South Africa, until now.

With the help of a small tasting panel, Business Insider South Africa compared the local newcomer to the established nuggets from McDonald's and Burger King, looking at presentation, taste, texture, and price.

Here's how KFC's new-to-SA chicken nuggets compare to the competition. 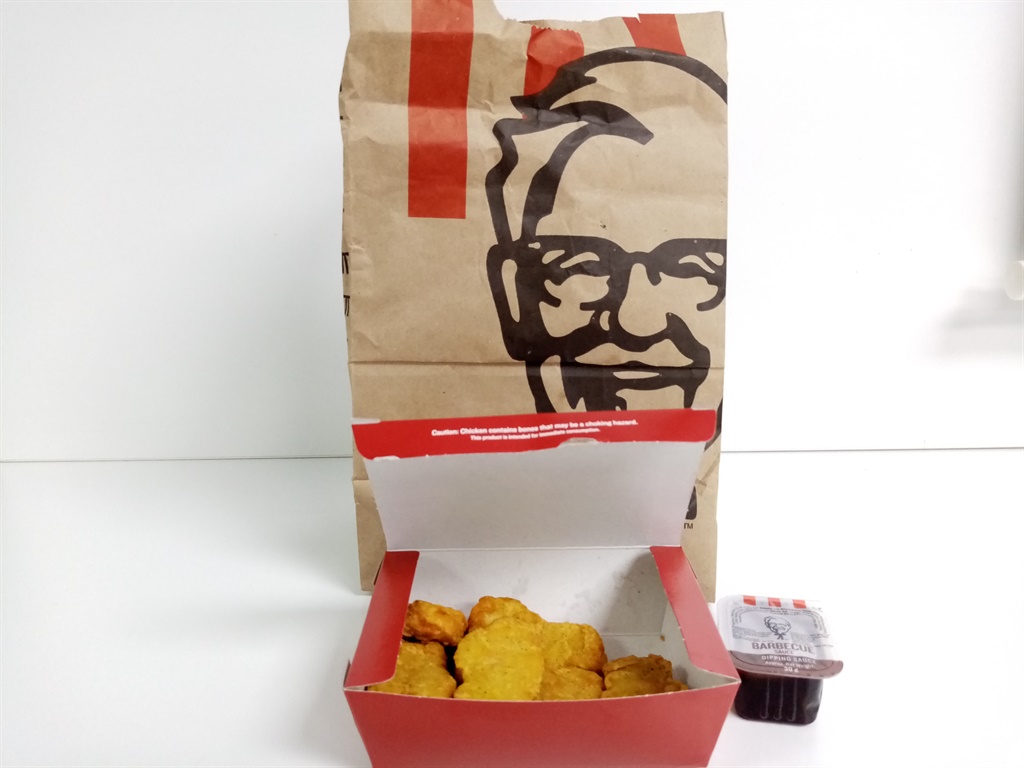 KFC's chicken nuggets actually tasted like chicken, if just a tad on the salty side.

As is standard elsewhere, KFC nuggets come with dipping sauces, as opposed to the powdered flavouring it uses for its pops. (Our delivery came with just one dipping sauce instead of the two we were supposed to receive.) Burger King's nuggets were dry, even though they looked tender. The dip helped a little with that.

It also tasted like chicken – but some of our tasters said they seemed to have been fried in rancid oil, making it far less palatable than the KFC newcomer. Unlike the competition, the nuggets from McDonlad's did not taste like chicken. They were also paler in colour, compared to nuggets from KFC and Burger King, which is somewhat off-putting.

Many of our tasters who are familiar with McDonald's nuggets were surprised at the difference that was obvious when comparing side by side.

The jalapeno dipping sauce helped, though. The verdict: KFC all the way.

KFC's nuggets are quite good, and the fact that they taste like chicken made them popular in our testing group. The very attractive price also helps put it well ahead of the competition.

Related Links
We tried McDonalds’ new chilli cheese fries – and they don’t have the kick of RocoMamas
We tried chips from McDonald's, Steers and other takeaway joints - and the winner was clear
We compared SA's most popular hot chicken wings - and the winner surprised us
Next on Business Insider
New Yorkers need R23 million to feel 'financially comfortable’, survey says