This robot 'dog' can climb ladders, a first for four-legged robots Tokyo Metropolitan University
Four-legged creatures, both living and robotic, have historically had a hard time climbing ladders - until now.

The robot debuted at the International Conference on Intelligent Robots and Systems earlier this month.

The achievement represents the latest physical feat by a quadruped robot that approaches the capabilities of living animals. Robot dogs made by other research teams have been trained to open doors, withstand destabilising blows, and run across uneven ground.

The robot weighs in at around 7kg, and is equipped with 3D cameras on its head and touch and force sensors on its claws. The robot uses a neural network to automatically teach itself to balance as it climbs the ladder.

Once at the top of the ladder, the robot uses its rear claws to grip the top rung and shift its weight forward.

The robot was specifically programmed to climb the ladder used in the demonstration video, but researchers plan to teach it to climb a ladder of any dimensions. 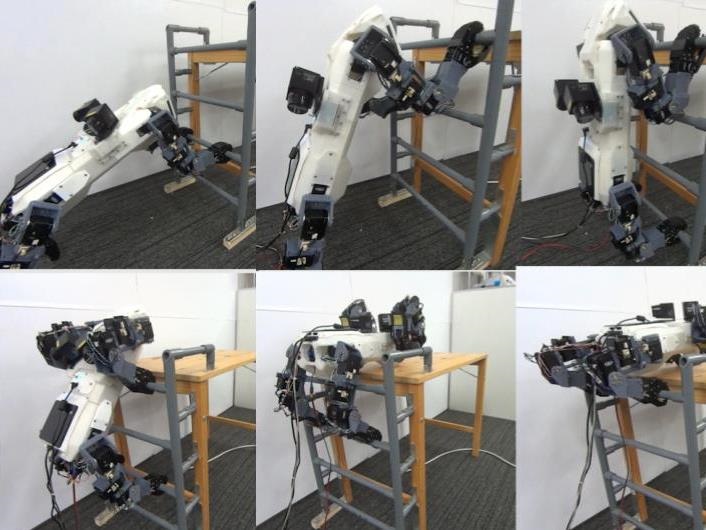 While living quadruped animals can climb ladders at an angle, they struggle with vertical ladders, according to IEE Spectrum — but this robot is capable of tackling them. Watch the full video of the ladder-climbing robot demonstration:

Related Links
The world's largest cruise ship has a bar with robot bartenders. Here's how my margarita compared...
Take look inside Alibaba's high-tech 'hotel of the future,' which is run almost entirely by robots
A former Google engineer warned that robot weapons could cause accidental mass killings
Next on Business Insider
Google's Russian unit will file for bankruptcy after authorities seized its bank account, reports