SpaceX plans to send a rocket streaking above the Florida skies in the dark hours before dawn on Halloween. Onboard its Crew Dragon spaceship will be the fourth astronaut crew the company will have launched for NASA.

The rocket company, founded by Elon Musk, now regularly shuttles NASA astronauts to and from the International Space Station (ISS) for six-month shifts. The crews the company has flown so far have also included astronauts from the space agencies of Europe and Japan. "It's hard to express adequately how excited we are as a crew. We're definitely feeling ready to launch," Barron, who will be flying to space for the first time, said in a press conference earlier this month.

The crew is set to lift off atop a Falcon 9 rocket at 02:21am ET (08:21am SAST) on Sunday and arrive at the ISS just after midnight on Monday. That means they will spend Halloween inside their Crew Dragon capsule, which they have named "Endurance." The Crew Dragon Endeavour approaches the International Space Station with the Crew-2 astronauts on board, April 24, 2021.
NASA

The Endurance spaceship will be the first to fly with SpaceX's latest toilet upgrade. Last month, the company discovered that urine from the capsule's toilet had leaked in two of its Crew Dragons - one that flew tourists around Earth for three days, and one that's currently docked to the ISS.

In both cases, a toilet tube came loose then leaked pee all over a compartment beneath the cabin floor. The urine didn't enter the cabin, so the people inside didn't notice the issue. SpaceX representatives say the company has upgraded that tube to prevent future leaks.

NASA plans to broadcast the entire Crew-3 journey to the ISS live online, starting with the Falcon 9 rocket launch early Sunday and ending after the Endurance capsule docks to its ISS port.

If everything goes according to plan - as it did for SpaceX's three prior ISS flights - the rocket will first roar towards space, giving Endurance the push it needs to insert itself into Earth's orbit.

Over the next 24 hours, the astronauts will eat, sleep, enjoy their new views, and prepare for arrival as the spaceship lines up with the ISS.

Late Sunday, as the space station comes into view, Endurance will fire its thrusters to slowly push itself towards a docking port, latching onto the station at about 12:10am ET (around 15:30 SAST) on Monday. The spaceship is fully automated, so nobody needs to manually drive if it operates as expected. NASA astronaut and SpaceX Crew-3 Commander Raja Chari, in his spacesuit during a training session at SpaceX headquarters in Hawthorne, California, August 30, 2021.
SpaceX

Astronauts on the Crew Dragon and the ISS will then conduct a nearly two-hour sealing and leak-checking process before opening the hatch that connects the station to the spaceship. Then Crew-3 will float into the space station. The seven people currently on the ISS will likely crowd around to greet them - a reunion that's often full of broad smiles and upside-down hugs.

Then at some point in the weeks after the Crew-3 arrival, the SpaceX mission that's currently on the ISS, Crew-2, will return to Earth. Those astronauts will climb back aboard their Crew Dragon capsule, plummet through the atmosphere, and parachute to an ocean landing. The exact date for their return journey has not yet been announced. 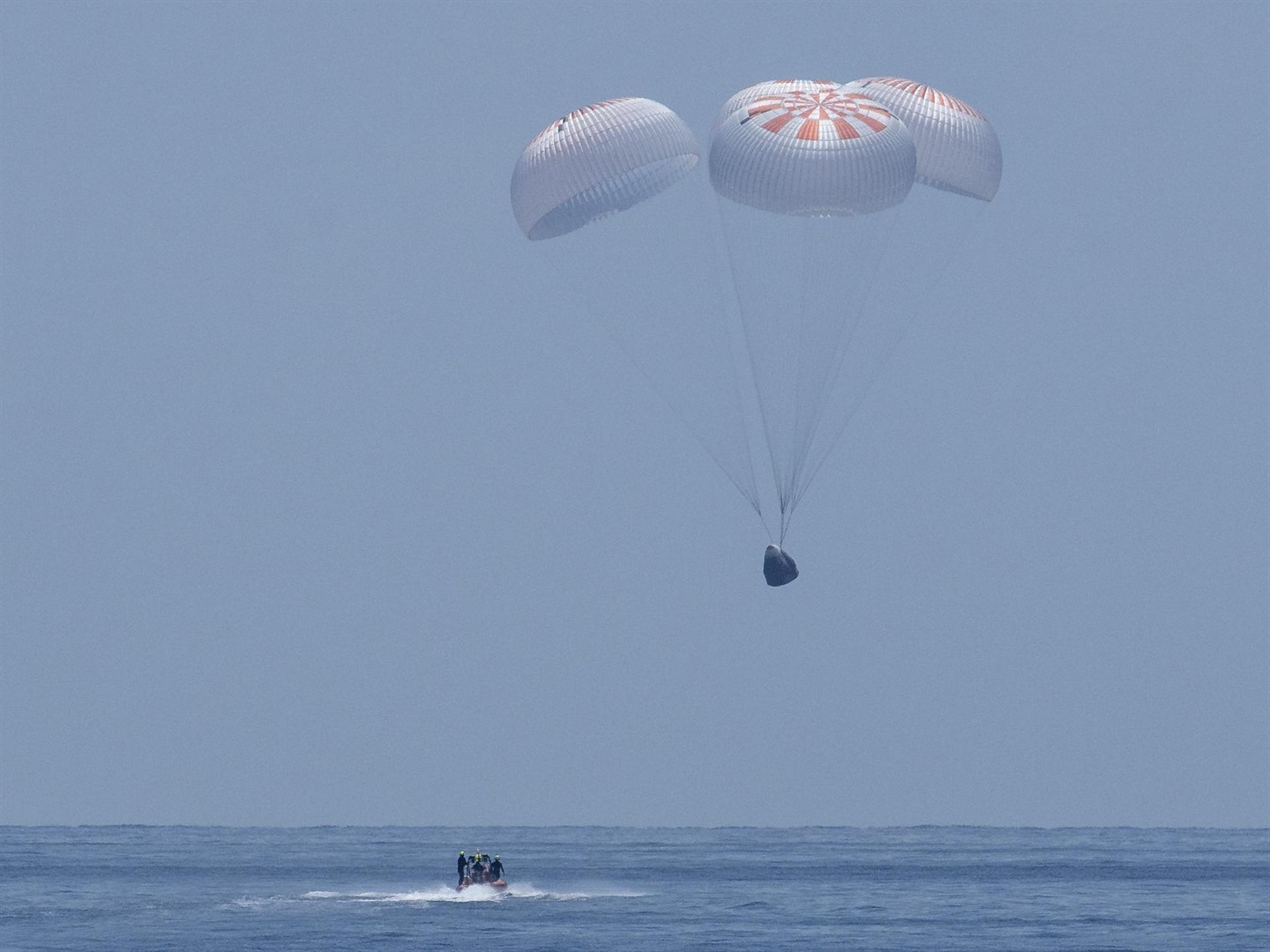 Crew-3 will make a similar return trip in about six months. That means Marshburn, Chari, Barron, and Maurer will be on the ISS for an array of historic spaceflight events to come.

Over the next six months, NASA is set to launch the James Webb Space Telescope, which is expected to revolutionise astronomy; SpaceX plans to fly tourists to the ISS for the first time; and NASA aims to launch the first moon mission of its Artemis program.

In the meantime, China is continuing to construct its own space station. The first module is already orbiting Earth, with astronauts on board.

"We have a lot of exciting things planned, from spacewalks to science experiments to visitors, with the private astronaut missions and spaceflight participants. So it's kind of a dream mission for a rookie flyer to be joining such an experienced crew aboard the space station," Barron said.