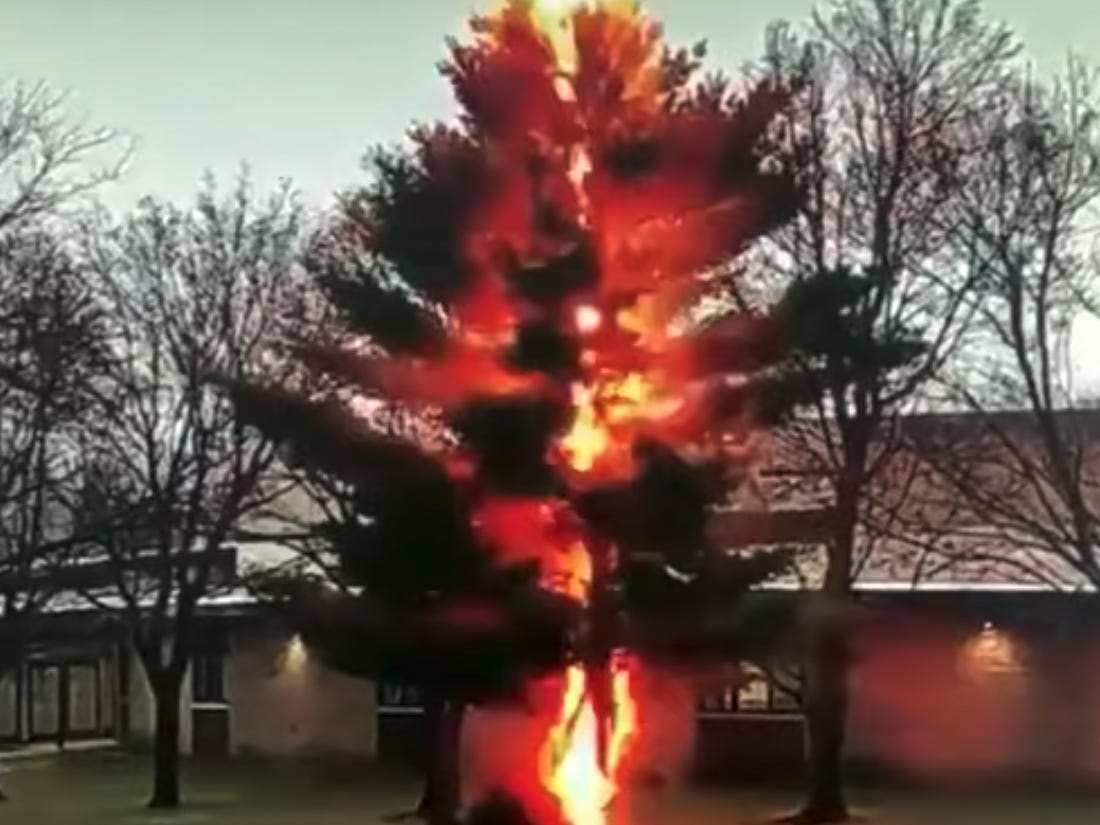 Students were preparing for their ACT Aspire test in a small Wisconsin town when they heard the deafening roar of thunder.

"Initially, the students and staff were startled by the event," Wautoma High School's principal, Jennifer Johnson, told Insider. "However, after realizing what had just happened, they were fascinated by the rare incident that occurred just feet from them."

In the space of a few seconds, a lightning bolt struck a tree, and then it immediately crumbled.

In footage captured on the school's security cameras and later shared by the US National Weather Service, a slowed-down version of the dramatic weather event can be seen with total clarity.

Kim D. Coder, professor of tree biology at the University of Georgia, told Insider what is likely to have happened.

"The current enters near the treetop and generates a large explosive pressure on the tree," he said. "The tree shatters due to the explosive force of the current movement down the stem with large splinters and fractured wood throw around."

This tree sustained a ground strike connection and internalized some of the energy causing massive fractures along the stem at different locations," he said.

Its total obliteration was very "unusual," he added.

Related Links
An Olympic surfing hopeful died after being struck by lightning while she was in the ocean training
Odds of a 5, 6, 7, 8, 9, 10 draw – and why you're likelier to die by lightning than win the lottery
More than 10,000 lightning strikes have started hundreds of fires across California
Next on Business Insider
American Airlines stopped a family from boarding a flight after they said their daughter had special needs