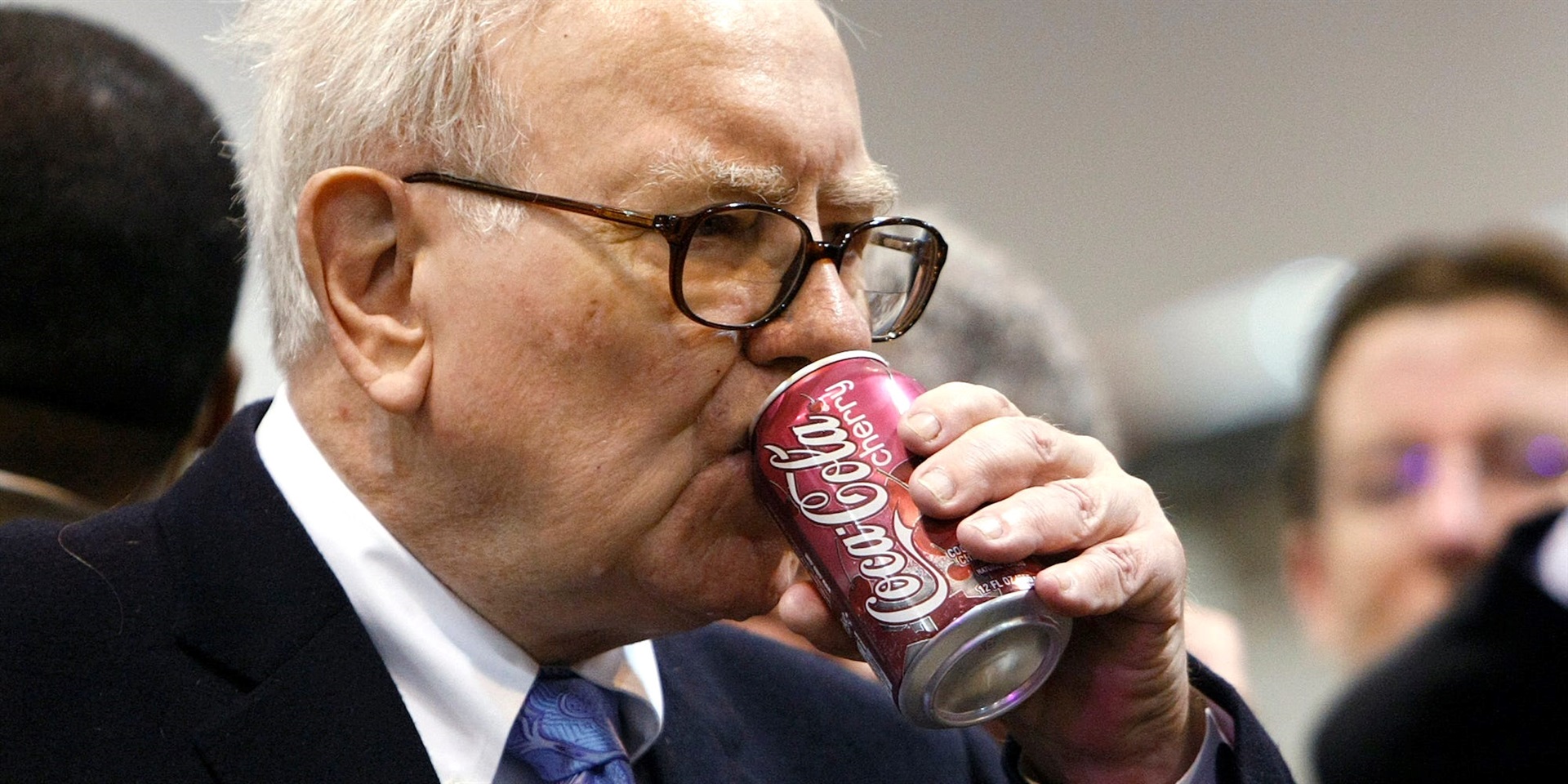 Warren Buffett famously consumes five cans of Coke a day. However, he drank Pepsi for nearly 50 years, and only switched sodas because an old neighbour intervened, Glen Arnold wrote in "The Deals of Warren Buffett Volume 2: The Making of a Billionaire."

"I'm one quarter Coca-Cola," the 90-year-old investor told Fortune in 2015, explaining the drink accounts for 25% of his daily calorie intake.

Buffett's money has followed his mouth. His Berkshire Hathaway conglomerate owns about 10% of Coca-Cola, a stake worth around $22 billion.

The so-called Oracle of Omaha especially likes Cherry Coke. He agreed to have a cartoon of himself slapped on cans of the drink when it launched in China in 2017, and declined to charge a fee, he told Yahoo Finance.

However, Buffett isn't a lifetime loyalist. His son Howard used to call him "Pepsi Warren" because of his affinity for the rival soda, one of Howard's childhood friends told CNBC.

Buffett switched to Coke because of Don Keough, a coffee salesman who lived across the street from him in Omaha, Arnold wrote. In 1960, Buffett dropped by Keough's house to inform him that he was starting a partnership, adding, "If you give me $10,000 I might be able to do something with it."

Keough was skeptical of Buffett, given his neighbour lacked a conventional job and found time to entertain his kids during the day.

"I didn't have it, but I could've borrowed it from my father. But can you imagine giving $10,000 to a guy who doesn't get up and go to work in the morning?" Keough said in a TV interview with former Disney CEO Michael Eisner.

Keough missed a trick. A $10,000 investment with Buffett could have been worth $93 million by 2018, Arnold estimated.

Keough's company was ultimately bought by Coca-Cola in 1964, and he rose through the ranks to become the group's president and chief operating officer in 1981. Four years later, he read in a magazine that Buffett was a fan of Pepsi-Cola Cherry. He swiftly wrote to his former neighbour, offering to send him some samples of the still-in-development Cherry Coke, which he described as "nectar of the gods."

The samples hit the mark. In 1986, Buffett warned his shareholders to expect a change at Berkshire Hathaway's yearly gathering.

"After 48 years of allegiance to another soft drink, your Chairman, in an unprecedented display of behavioural flexibility, has converted to the new Cherry Coke. Henceforth, it will be the Official Drink of the Berkshire Hathaway Annual Meeting."

Keough isn't only responsible for Buffett's favorite soda. His leadership of Coca-Cola — combined with the stock-market crash in October 1987, and the company's resilient growth and strong fundamentals — led to Buffett buying $1.3 billion worth of its stock between 1988 and 1994, Arnold wrote.