Even now, he says he still spends about 80% of his day reading.

"Look, my job is essentially just corralling more and more and more facts and information, and occasionally seeing whether that leads to some action," he once said in an interview.

"We don't read other people's opinions," he said. "We want to get the facts, and then think."

To help you get into the mind of the billionaire investor, we've rounded up 19 of his book recommendations over 20 years of interviews and shareholder letters.

Drake Baer contributed reporting on a previous version of this article.

"The Intelligent Investor" by Benjamin Graham When Buffett was 19, he picked up a copy of legendary Wall Streeter Benjamin Graham's "The Intelligent Investor."

It was one of the luckiest moments of his life, he said, because it gave him the intellectual framework for investing.

"To invest successfully over a lifetime does not require a stratospheric IQ, unusual business insights, or inside information," Buffett said. "What's needed is a sound intellectual framework for making decisions and the ability to keep emotions from corroding that framework. This book precisely and clearly prescribes the proper framework. You must provide the emotional discipline." 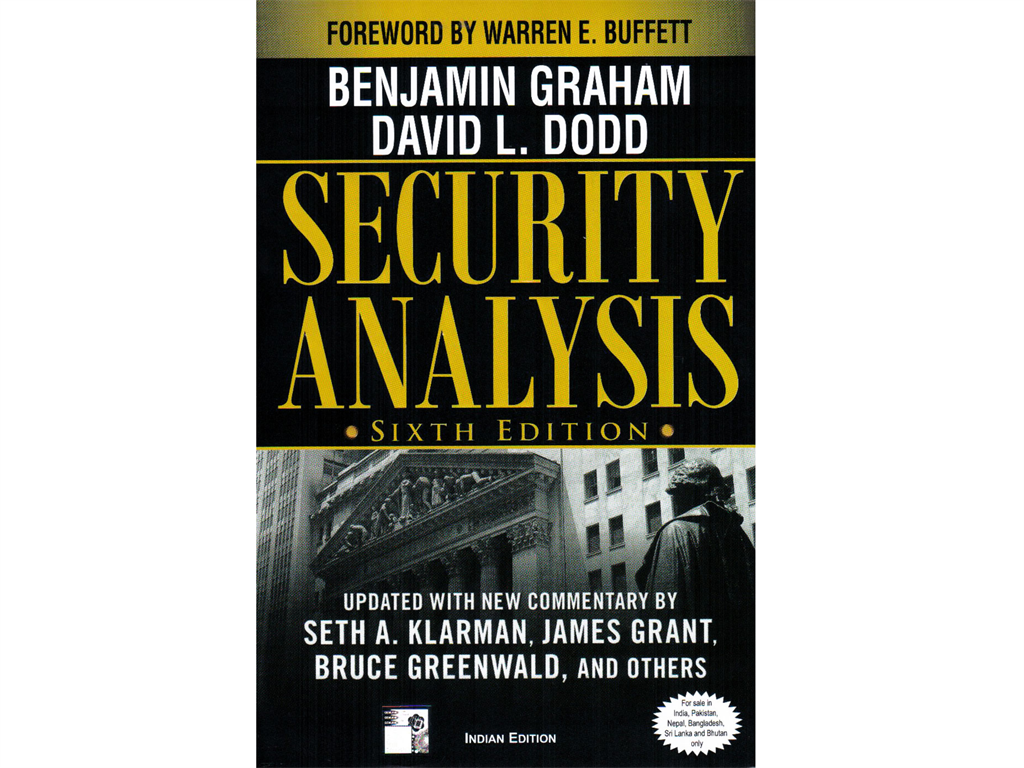 Buffett said that "Security Analysis," another groundbreaking work of Graham's, had given him "a road map for investing that I have now been following for 57 years."

The book's core insight: If your analysis is thorough enough, you can figure out the value of a company - and if the market knows the same.

Buffett has said that Graham was the second most influential figure in his life, after only his father.

"Ben was this incredible teacher; I mean, he was a natural," he said. While investor Philip Fisher - who specialized in investing in innovative companies - didn't shape Buffett in quite the same way as Graham did, Buffett still holds him in the highest regard.

"I am an eager reader of whatever Phil has to say, and I recommend him to you," Buffett said.

In "Common Stocks and Uncommon Profits," Fisher emphasizes that fixating on financial statements isn't enough - you also need to evaluate a company's management. Buffett says that the former US secretary of the Treasury's book about the financial crisis is a must-read for any manager.

Lots of books have been written about how to manage an organization through tough times. Almost none are firsthand accounts of steering a wing of government through economic catastrophe.

"This wasn't just a little problem on the fringes of the U.S. mortgage market," Geithner writes. "I had a sick feeling in my stomach. I knew what financial crises felt like, and they felt like this."

"Jack: Straight from the Gut" by Jack Welch In commenting on the book, Bloomberg Businessweek wrote that "Welch has had such an impact on modern business that a tour of his personal history offers all managers valuable lessons."

Buffett's advice: "Get a copy!"

"The Outsiders" by William Thorndike Jr. In his 2012 shareholder letter, Buffett praises "The Outsiders" as "an outstanding book about CEOs who excelled at capital allocation."

Berkshire Hathaway plays a major role in the book. One chapter is on director Tom Murphy, who Buffett says is "overall the best business manager I've ever met."

The book - which finds patterns of success from execs at The Washington Post, Ralston Purina, and others - has been praised as "one of the most important business books in America" by Forbes.

"The Clash of the Cultures" by John Bogle 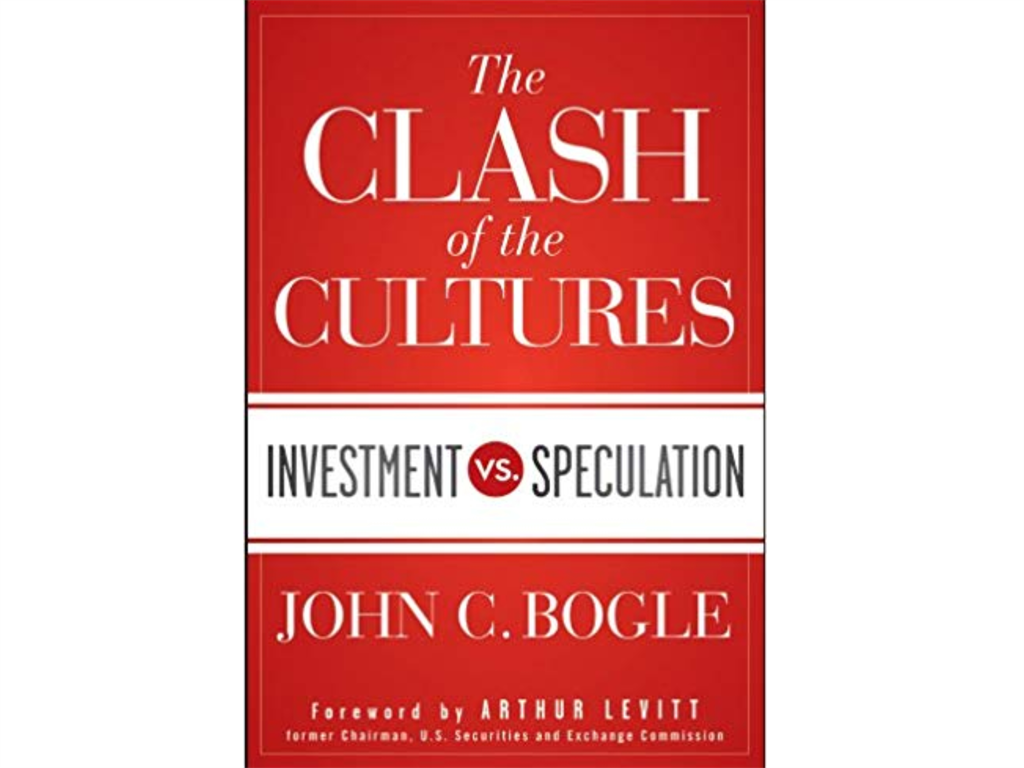 Bogle's "The Clash of the Cultures" is another recommendation from the 2012 shareholder letter.

In it, Bogle - creator of the index fund and founder of the Vanguard Group, now managing upward of $3 trillion in assets - argues that long-term investing has been crowded out by short-term speculation.

But the book isn't all argument. It finishes with practical tips, like:

1. Remember reversion to the mean. What's hot today isn't likely to be hot tomorrow. The stock market reverts to fundamental returns over the long run. Don't follow the herd.

2. Time is your friend, impulse is your enemy. Take advantage of compound interest and don't be captivated by the siren song of the market. That only seduces you into buying after stocks have soared and selling after they plunge. In 1991, Bill Gates asked Buffett for his favorite book.

In reply, Buffett sent the Microsoft founder his personal copy of "Business Adventures," a collection of New Yorker stories by John Brooks.

Gates says that the book serves as a reminder that the principles for building a winning business stay constant. He wrote:

For one thing, there's an essential human factor in every business endeavor. It doesn't matter if you have a perfect product, production plan and marketing pitch; you'll still need the right people to lead and implement those plans.

The book has become a media darling in recent years; Slate wrote that it's "catnip for billionaires."

"Where Are the Customers' Yachts?" by Fred Schwed "The funniest book ever written about investing," Warren Buffett proclaimed in his 2006 shareholder letter, "it lightly delivers many truly important messages on the subject."

First published in 1940, the book takes its title from a story about a visitor to New York who saw the bankers' and brokers' yachts and asked where the customers' were. Obviously, they couldn't afford them - the people providing the financial advice were in a better position to splurge than the people who followed the advice.

The book is filled with irreverent wisdom and colorful anecdotes about Wall Street, and remains compelling even today. This collection of writings by the legendary economist has remained a staple of financial literature since it was published nearly a century ago.

In Buffett's opinion, it's required reading.

"Reading Keynes will make you smarter about securities and markets," he told Outstanding Investor Digest in 1989. "I'm not sure reading most economists would do the same."

The collection includes the famous essay "Economic Possibilities for Our Grandchildren," in which Keynes predicted that today's generation would only work 15 hours a week.

You can read the full text online.

"The Little Book of Common Sense Investing" by Jack Bogle In his 2014 shareholder letter, Buffett recommended reading this book over listening to the advice of most financial advisers.

Based on his own experience working with Vanguard clients, Bogle attempts to help readers use index investing to build wealth.

Fans say it's far from boring, and the stats and charts are balanced with anecdotes and advice. This collection of advice from Charlie Munger, vice chairman of Berkshire Hathaway, got the ultimate shout-out in Buffett's 2004 shareholder letter.

"Scholars have for too long debated whether Charlie is the reincarnation of Ben Franklin," Buffett wrote. "This book should settle the question."

The book includes biographical information about Munger as well as summaries of his philosophy on investing and talks Munger gave at Berkshire Hathaway meetings and elsewhere.

One such talk is called the "Psychology of Human Misjudgment," in which Munger writes about the cognitive traps that trip up investors.

"The Most Important Thing Illuminated" by Howard Marks Marks, chairman and cofounder of Oak Tree Capital, intended to wait until he retired to write this book, as noted in a 2011 Barron's review. But Buffett so admired Marks' client memos that he offered to write a dust-jacket blurb if Marks would publish the book sooner.

The result is "a rarity, a useful book," Buffett reportedly said.

Marks aims to help investors achieve success by putting more thought into their decisions, drawing heavily on his own mistakes and what he learned from them. Here Correa tells the story of the three Brazilians who founded 3G Capital, an investment firm that joined Buffett in purchasing HJ Heinz in 2013.

Buffett recommended the book at the 2014 Berkshire Hathaway shareholder meeting.

In an interview with The New York Times, Correa highlighted the main principles of 3G's management style - meritocracy and cost-cutting - that paved the way for their current success.

"They trust in people and they let their teams work," she said.

"First a Dream" by Jim Clayton and Bill Retherford 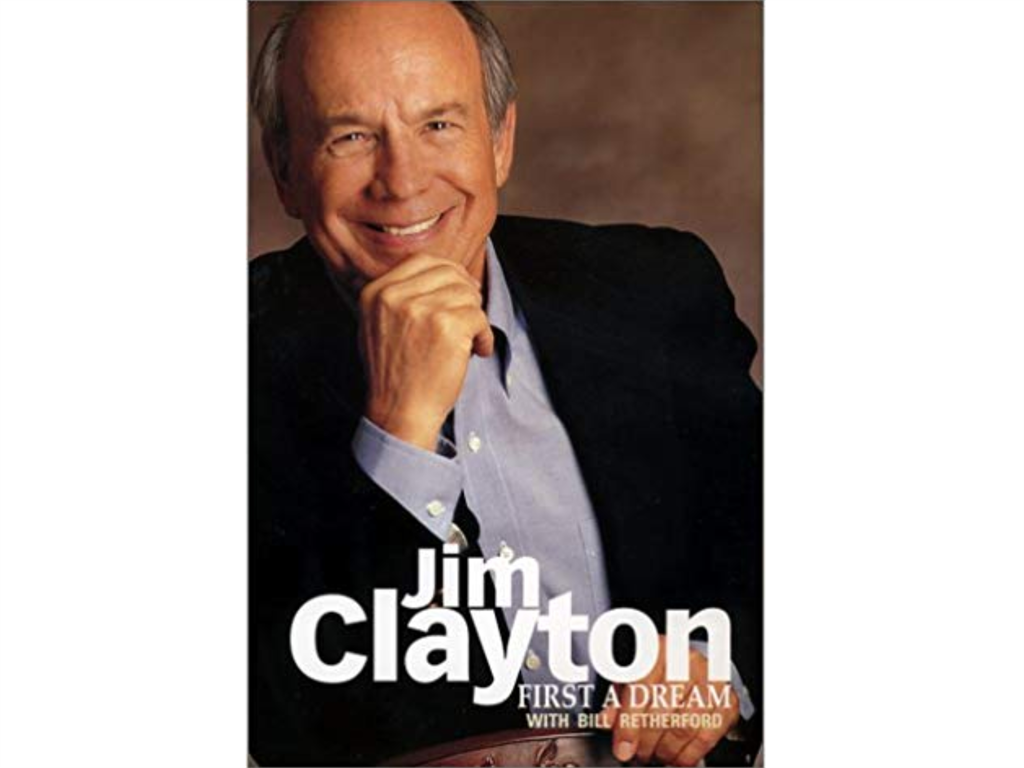 Jim Clayton grew up the son of a sharecropper in Tennessee and eventually went on to found Clayton Homes, currently the largest producer and seller of manufactured housing in the US.

Buffett credits Clayton's autobiography with inspiring him to invest in Clayton Homes in 2003. In his 2003 shareholder letter, he wrote that the book was a gift to him from students at the University of Tennessee. Buffett told the students how much he enjoyed the book, and they urged him to call Kevin Clayton, Jim's son and the company's CEO, to deliver the praise directly.

"Soon thereafter, I made an offer for the business based solely on Jim's book, my evaluation of Kevin, the public financials of Clayton," and his experience buying "distressed junk" from Oakwood Homes, a retailer of manufactured homes that he later purchased after it filed for bankruptcy.

It's worth noting that Fast Company reported the deal between Berkshire Hathaway and Clayton Homes was a little more complicated than that.

In his "rags to riches" tale, Clayton shares lessons on business and leadership for current and aspiring entrepreneurs.

"Take on the Street" by Arthur Levitt In Buffett's 2002 shareholder letter, he explains "how accounting standards and audit quality have eroded in recent years." Specifically, he cites the downfall of Arthur Andersen accounting.

"The details of this sordid affair are related in Levitt's excellent book, Take on the Street," Buffett writes.

A former chairman of the US Securities and Exchange Commission, Levitt not only includes candid anecdotes, but also offers everyday investors ways to protect themselves from Wall Street. According to Allison, founding dean of Harvard's modern John F. Kennedy School of Government, a nuclear attack on the US is inevitable - unless we change our political strategy.

He argues that the new international security order must be built upon "three No's": no loose nukes, no new nascent nukes, and no new nuclear states.

In his 2004 shareholder letter, Buffett called it a "must-read for those concerned with the safety of our country."

"The Making of the President" by Theodore White White chronicles the 1960 race for the presidency that John F. Kennedy ultimately won, from the primaries to the general election. In its attention to detail and to the candidates' personal struggles, the book can read more like a novel - a style of political reporting that at that time had never been seen before.

Writing in The Wall Street Journal, political reporter David M. Shribman said the book "stands out as the most influential political chronicle of the 20th century, perhaps of all time."

"Limping on Water" by Phil Beuth and K.C. Schulberg This recommendation from Buffett's 2015 shareholder letter tells the story of Phil Beuth's 40-year career with Capital Cities/ABC-TV. It's a personal recounting of Beuth's journey from a boy afflicted with cerebral palsy, his family struggling to make ends meet, to a top media executive.

In his review of the book, Buffett raved: