The best memes from the US 2020 vice-presidential debate, including the giant fly on Pence's head 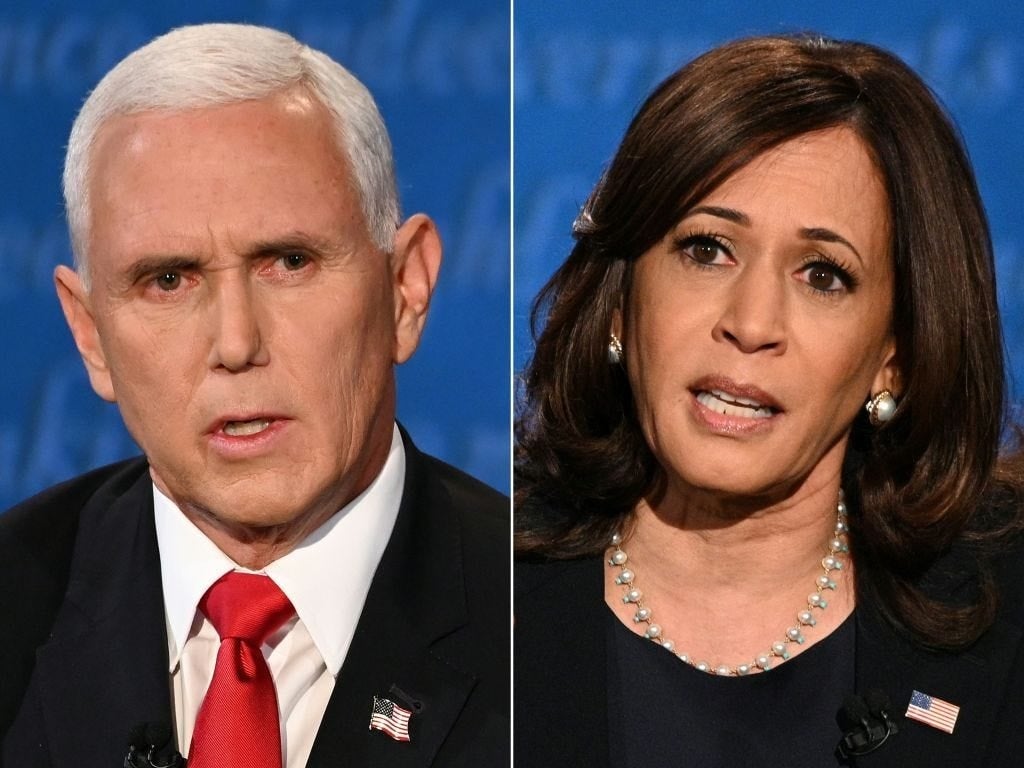 On Wednesday, Vice President Mike Pence and Democratic vice-presidential nominee and senator Kamala Harris participated in a 2020 vice-presidential debate that, as Business Insider's Sonam Sheth wrote, was remarkably civil in comparison to the previous debate between Donald Trump and Joe Biden.

While this debate brought a relative lack of chaos compared to its 2020 predecessor, there were still plenty of notable (and memeable) interruptions, facial expressions, one-liners, and insects that generated chatter on social media.

Here are some of the best memes and reactions that surfaced online in the aftermath of the debate.

If you didn't watch the debate in real-time and chose to catch up on Twitter instead, your biggest takeaway from the event would likely be the massive fly that sat perched on Pence's cleanly arranged white hair.

A gigantic fly landed and rested on Pence's head during the vice presidential debate https://t.co/EJ2jv6qDTk

Within hours, people were creating Twitter accounts left and right to roleplay as the fly.

The Biden campaign was quick to capitalize oon the viral moment, releasing a new piece of merch within hours of the debate: a $10 fly swatter emblazoned with the slogan "Truth Over Flies."

Without a doubt, the fly was the main character of the evening.

One TikTok married the debate fly with the viral video of Nathan Apodaca (@420doggface208 on TikTok) vibing to "Dreams" by Fleetwood Mac while drinking cranberry juice and longboarding.

The fly was vibin ##debates##saltlakecity##pence##lds @420doggface208

CBS News found that Pence interrupted Harris twice as much as the opposite.As BuzzFeed News reported, Harris' facial expressions throughout the debate and reactions to the interruptions quickly became meme fodder on social media.

"Every woman I know has given this look when some man attempts to mansplain or present an idea that isn't theirs," activist Jamira Burley wrote on Twitter.

Many pointed out how Harris' facial expressions were reminiscent of other familiar memes, like the Daenerys Targaryen squint, which is also mirrored in popular meme images of actor Chris Hemsworth as Thor in "Thor: Ragnarok."

As The New York Times' Nick Corasaniti reported, Harris made good use of the debate's split-screen format, which allowed one candidate to react while the other spoke. Harris' reactions proved to be an integral part of her debate performance: not only did they help make her feelings known, but they were also instantly memeable.

The line was an instant hit on social media, with many noting how it had resonated with them or how they hoped that it would serve as an example to women and girls who had been talked over by men.

Calls for "I'm speaking" merch were answered within hours, with shirts, koozies, and other merchandise showing up on sites like Etsy and RedBubble.

Overall, one TikTok from user @anania00 sums up how the debate was reflected on social media: from interruptions to Harris asserting that she was speaking to the fly on Pence's head.

##duet with @anania00 SHE ATE THIS UPPPP ##tiktokforbiden