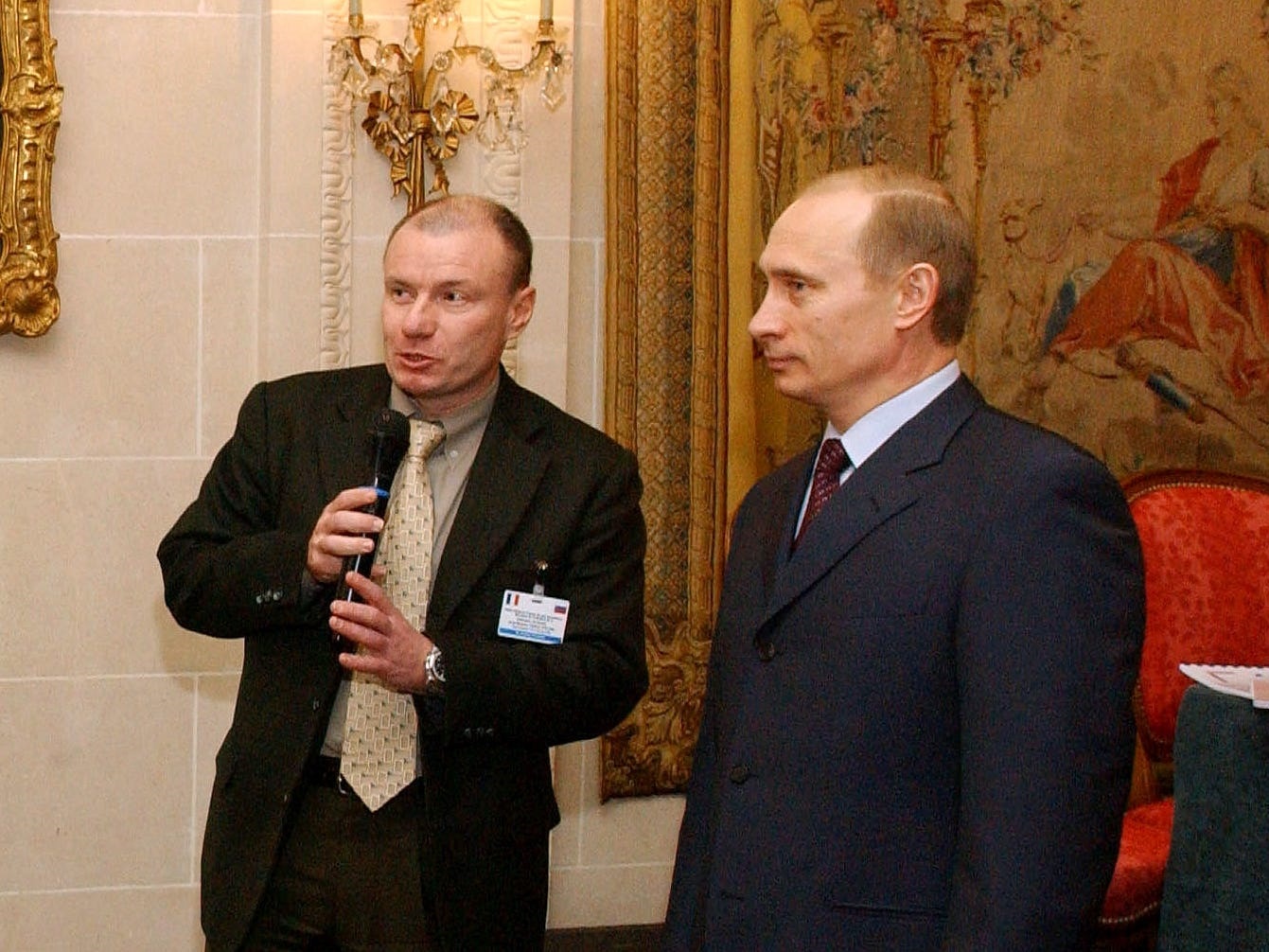 Potanin was named in the infamous 2018 "Putin list" of prominent Russian political figures and oligarchs with ties to Russian President Vladimir Putin. Despite those close ties, Potanin is not on the growing list of Russian oligarchs — which includes Roman Abramovich and Oleg Deripaska — who have been sanctioned by the West.

His net worth, however, has taken a massive hit since Russia began its full-scale invasion of Ukraine: His fortune has fallen by R371 billion — nearly a quarter of his wealth — per Bloomberg.

Here's a look at how Vladimir Potanin makes and spends his fortune.

Potanin, 58, is the majority shareholder and the CEO of Nornickel, the world's largest producer of refined nickel. Potanin owns 34.6% of Nornickel, according to Reuters. Nornickel is responsible for almost 22% of the world's high-grade nickel production and about 40% of its palladium. The company pulled in $17.9 billion (R266 billion) in revenue in 2021, according to Bloomberg.

In 1990, Potanin founded Interros, a conglomerate with stakes in industries including mining, energy, and real estate. Open Investments was a real estate company under Interros, founded in 2002. Its market cap peaked at $5.1 billion (R75.7 billion) in 2018, the company website shows. Potanin sold his shares in the company in 2010.

Potanin controls Russian pharmaceutical company Petrovax, which developed a drug called Polyoxidonium in 2020, according to Bloomberg.

The billionaire also has a sizable real-estate portfolio. He reportedly owns office spaces, hotel property in Moscow, land in central Russia, and a country club in the Moscow region.

Nornickel did not reply to Insider's request for comment.

Born in Moscow in 1961, Potanin is the son of a diplomat and a doctor. He studied international relations and went on to spend eight years working at the Soviet Ministry of Foreign Trade. When he was 30, Potanin met Mikhail Prokhorov, who would become his future business partner. The pair founded the International Company for Finance & Investments and then Onexim Bank, which became Russia's largest private bank at the time.

In 1996, not long after Boris Yeltsin was re-elected president of Russia, Potanin was appointed first deputy prime minister in charge of energy and economy. 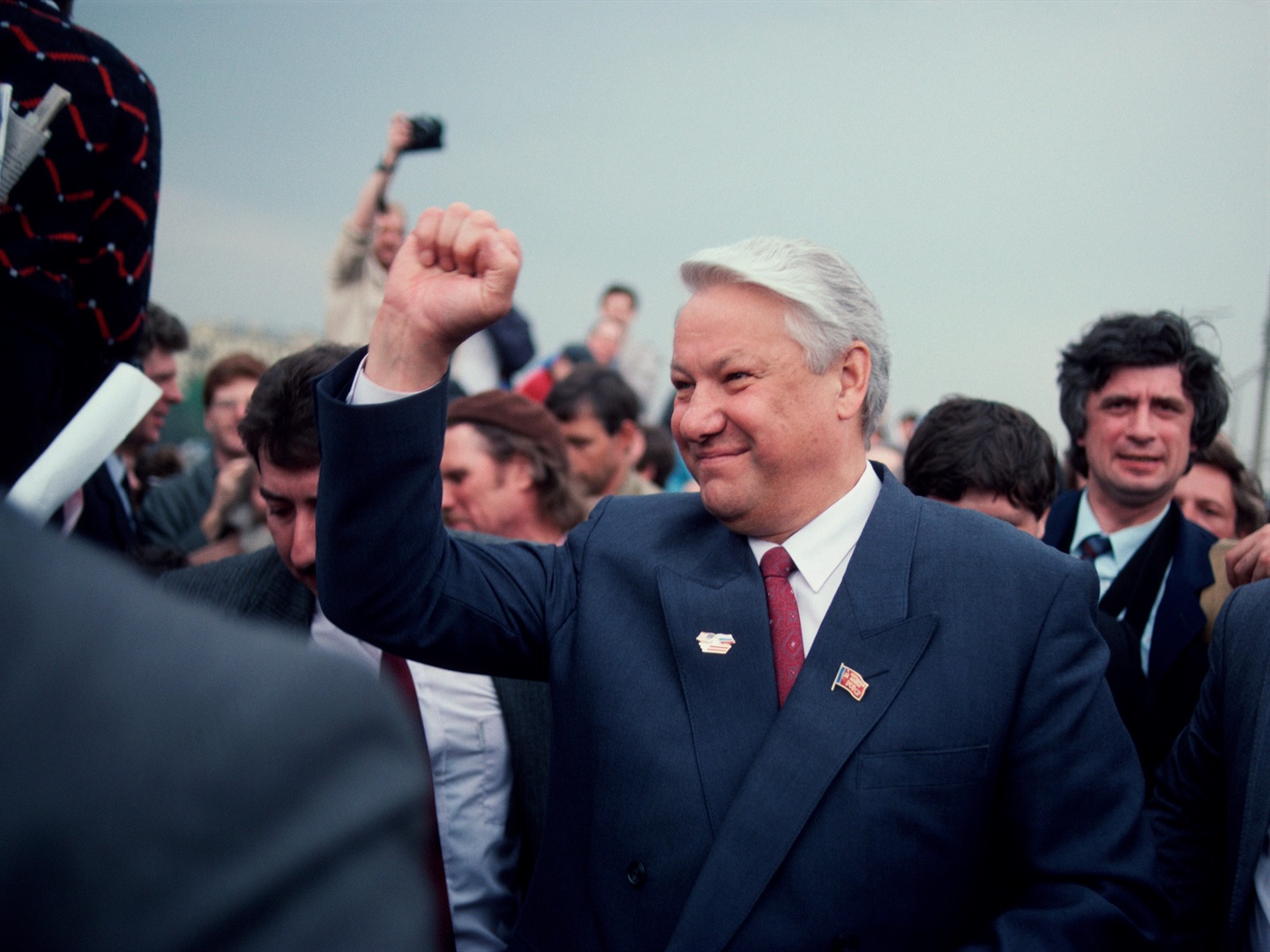 Potanin was one of the Big Seven oligarchs who helped reelect Boris Yeltsin as president in 1996. Yeltsin appointed Potanin as his first deputy prime minister from August 1996 to March 1997.

While working at the Ministry of Foreign Trade, Potanin masterminded the "loans-for-shares" program that would go on to become the source of many oligarchs' wealth. It was through this program that Potanin acquired Nornickel, which would make him the richest man in Russia at the time.

The loans-for-shares program created many of today's wealthiest Russian oligarchs, including Roman Abramovich, who's worth $13.9 billion (R206 billion) and also holds shares in Nornickel.

Since Russia's invasion of Ukraine, Abramovich has been sanctioned by the UK. Many of his assets, including Chelsea Football Club, have been frozen.

While Potanin has not been sanctioned by the West over Russia's invasion of Ukraine, his relationship with Putin stretches back at least two decades. Russia's President Vladimir Putin attends a meeting of the Prosecutor General's Office Board in March 2019.
Sergei Savostyanov\TASS via Getty Images

Potanin has been photographed at various events with Putin dating back to at least 2000.

While Potanin's wealth is largely documented, Putin's assets are not: The Washington Post previously reported that financier Bill Browder had put Putin's potential net worth as high as $200 billion (R3 trillion) in 2015.

Potanin also met on several occasions with Dmitry Medvedev, who was the president of Russia from 2008 to 2012 and then supported Putin in his re-election campaign. He served as prime minister in from 2012 to 2020.

Potanin was one of several Russian billionaires who helped fund the 2014 Olympics in Sochi. He invested $2.5 billion (R37 billion) in a ski resort and other facilities, per Forbes. Potanin built a ski resort in Sochi with nearly 50 miles of trails, a freestyle ski center, a snowboard park, one of the two Olympic Villages, and the Russian Olympic University, Forbes reported.

Potanin said he did not get much return from his investment in the ski resort, according to the BBC.

"We were skiing with President Putin in Austria and there was talk that it would be good to have such resorts in Russia," he told the BBC in February 2013. "It's more a question of legacy," he added.

Like a number of Russian oligarchs, Potanin is a collector of luxury yachts.

The Anastasia yacht at the Monaco Yacht Show in 2008.
AP Photo/Lionel Cironneau

In 2012, Potanin was delivered another yacht named Nirvana.

Anastasia and Nirvana were among a series of three yachts that Potanin commissioned from yacht-builder Oceanco in the Netherlands. Barbara, built in 2017, is the third yacht in the collection.

The 289-foot Nirvana includes a 10-foot-deep plunge pool and a helipad. The Nirvana yacht seen in the Dubai International Marina in February 2016.
NurPhoto/NurPhoto via Getty Images

The boat has six decks, which are connected by a main stairwell and a glass elevator.

Nirvana, which was in the Maldives in early March, is currently moored in Dubai, according to ship tracker Marine Traffic.

Another of the billionaire's hobbies is ice hockey. In a 2018 Financial Times interview, Potanin said he plays at least twice a week, owns his own private rink, and sometimes plays with Putin. Vladimir Putin, Vladimir Potanin, and others at an ice hockey friendly match of the Night Hockey League at an ice rink in Red Square in December 2018.
Valery Sharifulin\TASS via Getty Images

When asked who was the better player, Potanin simply said, "I am younger."

Potanin was married to Natalia Potanina for 30 years. They divorced in 2014 amid a public dispute over the distribution of the billionaire's wealth. Potanina told Business Insider in a 2014 interview that she was seeking half of Potanin's $15 billion (R223 billion) fortune at the time of their divorce.

The Russian Legal Information Agency later reported that Potanina received $6.8 million (R101 million) for her share of the luxury apartment the couple shared in Moscow (which Potanin kept) and three plots of land in the Moscow region.

He married his second wife, Ekaterina, in 2014. They reportedly have a child together.

Potanin has three children from his first marriage: Anastasia, Ivan, and Vasily.

Anastasia Potanina during a freestyle event at the Women's Aquabike Racing World Championship in Moscow in 2005.
AP Photo

Potanin reportedly spent $10 million (R149 million) on Anastasia's wedding in 2018, which took place at a luxury hotel on the French Riviera. The billionaire arranged transfers on private jets and paid for guests to stay at the five-star Hotel du Cap-Eden-Roc in Antibes.

Potanin said in 2010 that he would donate most of his fortune to charity instead of giving it to his three children. Part of his motive was to "help my children avoid the pressure of billions," he said.

"There won't be an inheritance of my fortune. My capital should work for the good of society and continue working for these social aims," Potanin told the Financial Times in February 2010.

In 1999, the billionaire created the Vladimir Potanin Foundation. The nonprofit seeks to implement "long-term educational and cultural projects in Russia," according to the billionaire's biography on Nornickel's website.

The exhibition donated by Potanin at Pompidou Center in Paris.
AP Photo/Francois Mori

In 2016, he donated 250 works of Russian and Soviet art to the Pompidou Center in Paris. He was awarded the French Legion of Honour the next year.

Potanin was, until very recently, a trustee of the Solomon R. Guggenheim Foundation in New York. He resigned from the board on March 2, a statement from the museum said, reported The New York Times.

"The Guggenheim strongly condemns the Russian invasion and unprovoked war against the government and people of Ukraine," the museum said, per The Times.

In 2013, Potanin signed The Giving Pledge, a global charity organisation started in 2010 by Bill and Melinda Gates and Warren Buffett. 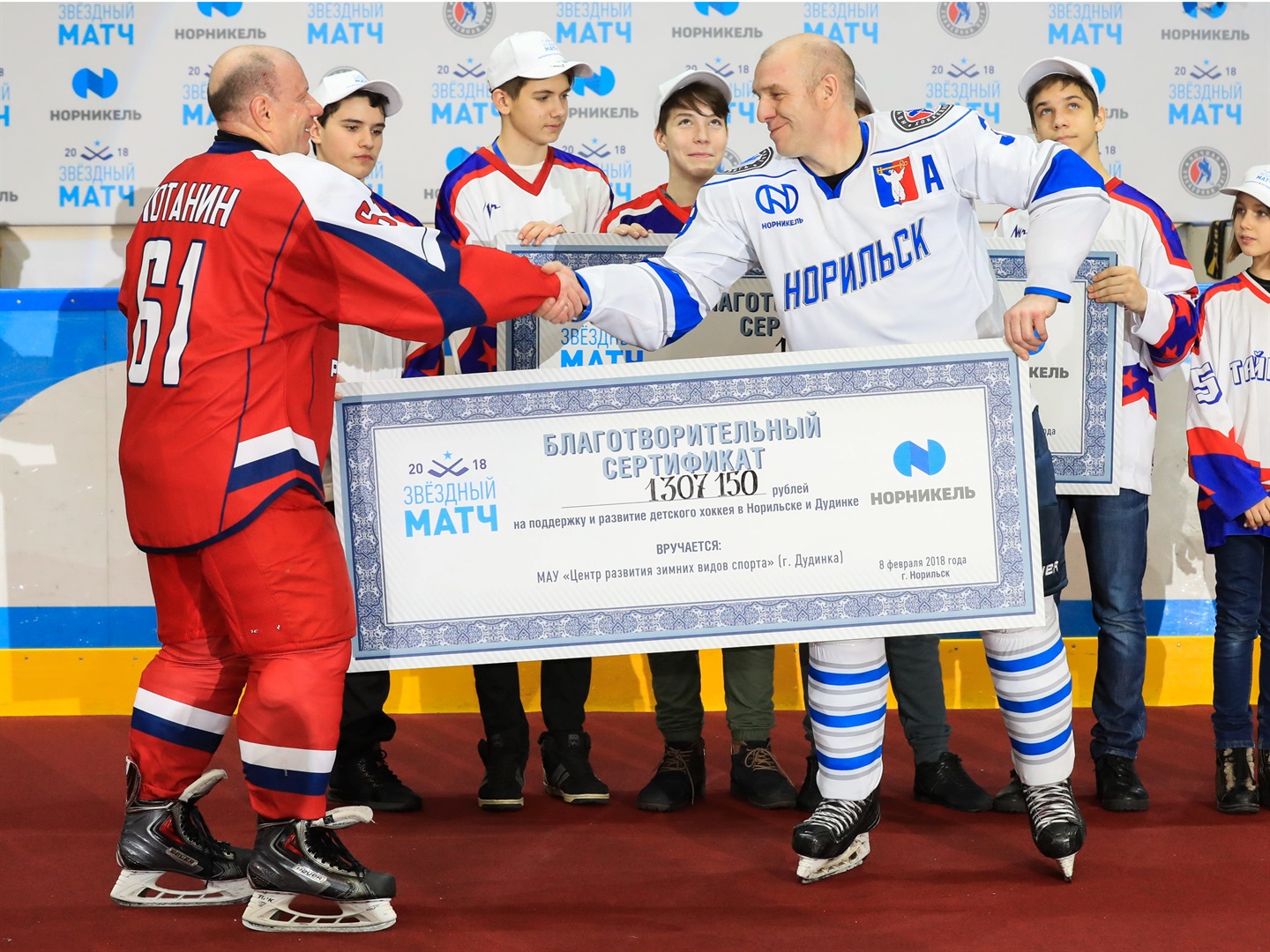 Potanin was the first Russian billionaire who signed the Giving Pledge. Signatories of the pledge vow to donate the majority of their wealth to charity.

"I genuinely believe that wealth should work for public good and, therefore, I am trying to make my own contribution toward a better world, especially toward a better future for my own country, Russia," Potanin wrote on The Giving Pledge's website.

Related Links
President Zelenskyy calls for peace talks with Russia without delay
Russia's economy already lost R12.8 billion this year because the government keeps shutting down...
Putin said to be purging the Kremlin of Russian officials he blames for the faltering invasion of...
Next on Business Insider
Goldman Sachs' CEO, who earns R526m a year, says people want to work for leaders who are relatable