This 'unholy' kiwi-topped pizza from Sweden has people horrified, and even Pizza Hut responded Stellan Johansson took his own kiwis down to his local pizzeria and asked them to make this.

Some people recoil at the sight of pineapple on pizza, while others would defend the Hawaiian's legitimacy as a topping to the death. But how would each camp feel about a slice studded with kiwi?

Stellan Johansson from Skottorp, Sweden has sparked a conversation about fruity pizza toppings as his photo of a kiwi pizza has gone viral.

Johansson's culinary imagination has been at play since December when his brother gave him 10kg of kiwi fruit for Christmas which he had grown in his greenhouse. 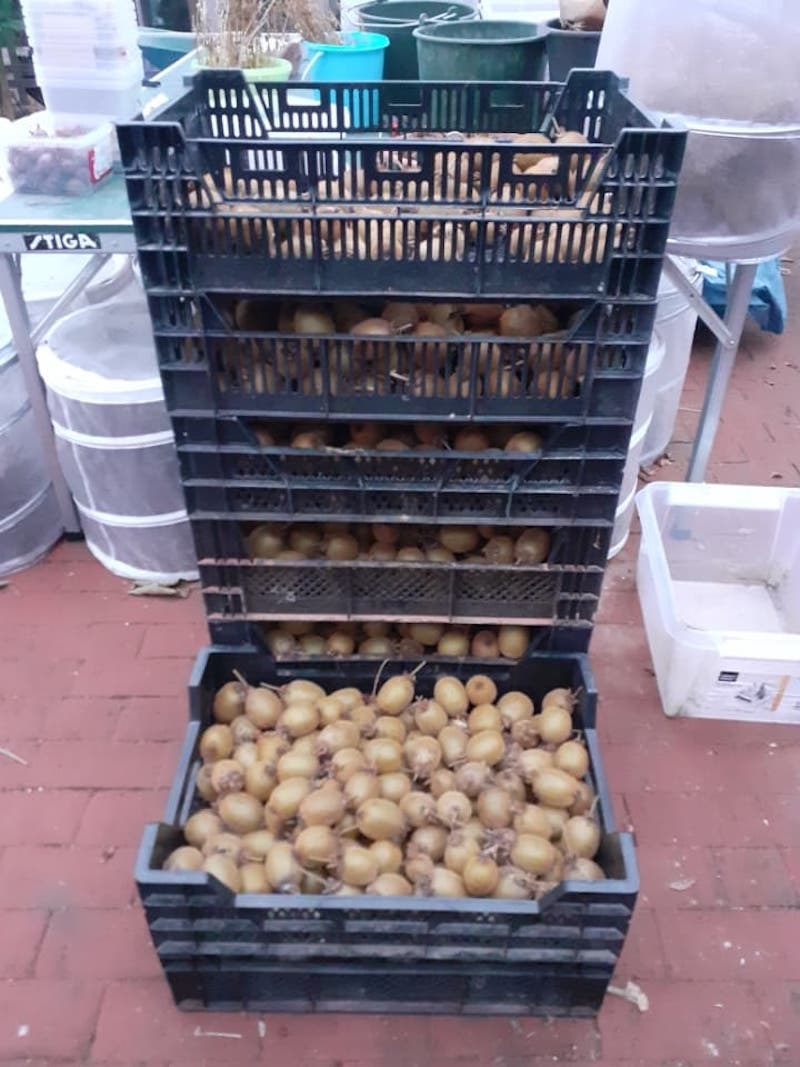 Johansson was gifted 10kg of kiwis for Christmas from his brother.
Stellan Johansson

Some of his kiwi creations include deep frying the fruit, baking them into cakes, and kiwi wrapped in bacon. Johansson had been sharing his achievements on his Facebook page when someone took his photo of a pizza with kiwi and posted it on Reddit, where the furor began.

Johansson told Insider he took his kiwis to Skottorps Pizzeria, his local, and asked if they would make a pizza with the fruit as a topping. Those working at the joint didn't understand why he wanted kiwi pizza, but made it anyway.

When asked if he had seen a kiwi pizza before, Johansson told Insider: "I have never seen kiwis on any menu."

This is not the first time an unconventional pizza topping has come out of Sweden, as banana curry pizza is also a thing.

A quick Google search brings up a treasure trove of images. One user tweeted a plate of brilliant beige: "The most Swedish pizza there is. Pineapple, banana, curry."

The most Swedish pizza there is. Pineapple, banana, curry. pic.twitter.com/aGum8QybJ7

However, of this Johansson said: "I don't like bananas on pizza. Every pizzeria in Sweden have bananas with curry, peanuts and chicken. I have try it few times."

But he feels differently about own creation. "I will eat kiwi pizza again," he said.

The owner of Skottorps Pizzeria, Firat Gultekin, told Insider: "This is for sure one of the weirdest requests, but I just do them. Some people want kebab without kebab, or shrimps with banana, ham, pineapple, and chicken, so we are used to this kind of request."

The original Reddit thread, which is now broken, wrongly stated the picture came from a tourist visiting a restaurant in Denmark.

According to the Guardian, one user dubbed the pizza as "unholy." The New York Post reported that other Redditors commented: "Scandinavian food is the best argument for the existence of Satan I have ever seen," and: "A new evil has dethroned pineapple and its name is kiwi."

Even Pizza Hut UK posted about the interesting flavor combination, retweeting the picture with: "We can confirm this isn't us."

We can confirm this isn't us https://t.co/rt3uzqkBzl

The attention has certainly tickled Johansson, who told Insider he thinks it's funny the pizza has blown up.

As for whether the kiwi pizza is going to be hanging around on Skottorps Pizzeria's, menu, Gultekin said: "I don't know right now because these days trends disappear fast, but I will have it for a couple of weeks for sure." Deep-fried kiwi was one of Johansson's experiments.
Stellan Johansson

Related Links
'We stand with our Kiwi friends': People around the world offer their support after New Zealand...
The 31 hotels everyone should stay at in their lifetime, according to the man who tests them out...
Burger King taped fast food to the wall to troll Maurizio Cattelan's R1 million duct-taped banana
Next on Business Insider
Russian executive with Gazprom contracts found dead in swimming pool after being shot in the head