The cruise ship where 1,300 people were stranded has finally docked. This was the disastrous scene on board. 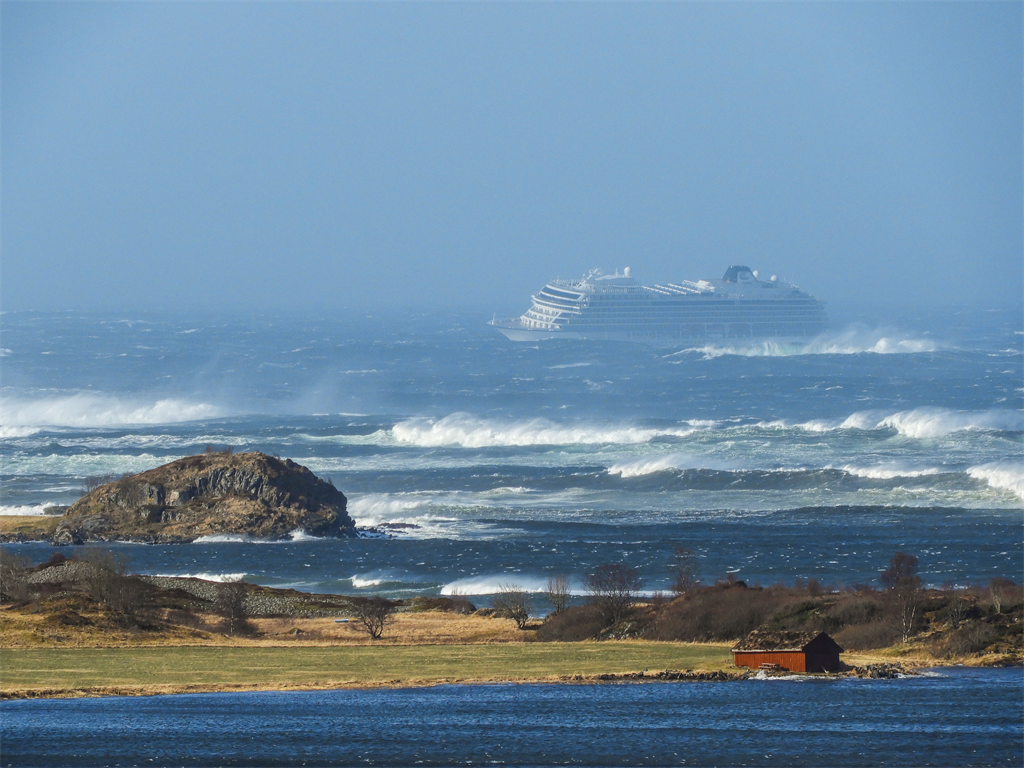 The Viking Sky cruise ship is currently stranded near the west coast of Norway, at Hustadvika near Romsdal.
FRANK EINAR VATNE/AFP/Getty Images

The Viking Sky cruise ship was safely docked on Norway's coast Sunday after a dramatic day of evacuations amid stormy conditions and rocky waters.

Nearly 400 people were evacuated in missions that went through the night Saturday, leaving approximately 900 people still on board in its anchored spot in a bay near Norway's western coast.

In videos and pictures posted to social media, passengers are seen in life vests clinging to stable parts inside the ship while it is tossed around in stormy weather and rough waves.

The ship's operating company told the Associated Press that it is aware of 20 injuries from the incident, and those individuals have been treated at nearby hospitals after being evacuated by tug boats and helicopters.

The Viking Sky was carrying 1,373 passengers and crew members when it had engine trouble in an unpredictable area of the Norwegian coast known for rough, frigid waters, according to the Associated Press. The crew issued a mayday call Saturday afternoon.

Fearing the ship would drift close to rocks by the shore, the crew anchored the ship in the bay and remained in one place for evacuations by small boat and helicopter to begin.

Five helicopters worked through the night to rescue passengers in small groups while battling high winds and freezing temperatures, according to the Associated Press.

Here’s my 83 year old dad being airlifted from the #vikingsky We are all off the ship safely! pic.twitter.com/FCToSn4L16

Hundreds more people waiting to be evacuated were pictured and taped sleeping and sitting on the ground inside the ship amid damaged furniture and other fixtures.

An American passenger, Rodney Horgen, told Norwegian broadcaster NRK he was evacuated by a helicopter, which he said was "like an angel just bringing us to safety."

But Horgen said despite his relief, it was upsetting to know how many passengers were still on board.

"The worst thing I could say for me was walking to get in line for the helicopter," Horgen told NRK. "You had to walk past a lot of people and their faces. That was hard - I did not want to go."

The ship finally made its safe return Sunday afternoon after it was towed to a port in Molde, Norway.

The emergency threw the ship off-schedule for its arrival that was slated for Tuesday at a British port after visiting Norwegian towns and cities including Narvik, Alta, Tromso, Bodo, and Stavanger.