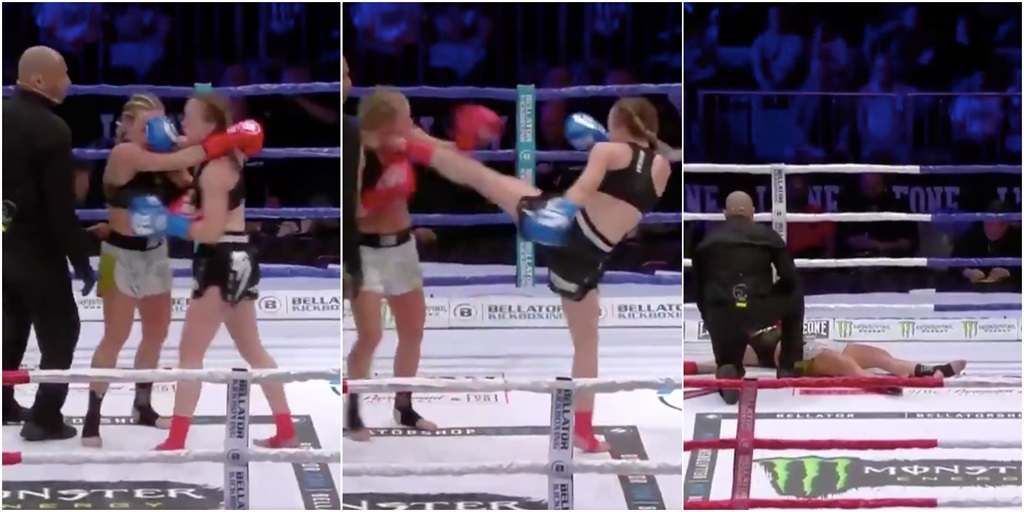 A 19-year-old Frenchwoman flattened an opponent twice her age with a brutal head kick in the second round of their kickboxing bout.

It all went down at the Bellator Kickboxing show in Milan, Italy, on Saturday, October 12.

Jade Jorand, the teenager, was making her debut on the fight card and was up against the 37-year-old fighter Silvia La Notte, who was far more experienced having fought 88 times, 66 of which were wins.

After a clinch in the second round, Jorand acted fast and launched a left foot at La Notte's face. As soon as it connected, La Notte dropped to the floor and the bout was waved off.

Watch Jorand's finishing move in her pro debut below:

What a finish by Jade Jorand! pic.twitter.com/1bGQjL1ocY

Jorand's victory was on the undercard of a main event between Gabriel Varga and Christian Faustino, who were fighting for Varga's Bellator Kickboxing featherweight title.

Varga extended his winning record to 18-6 with a unanimous decision (50-45 x 3) over Faustino.