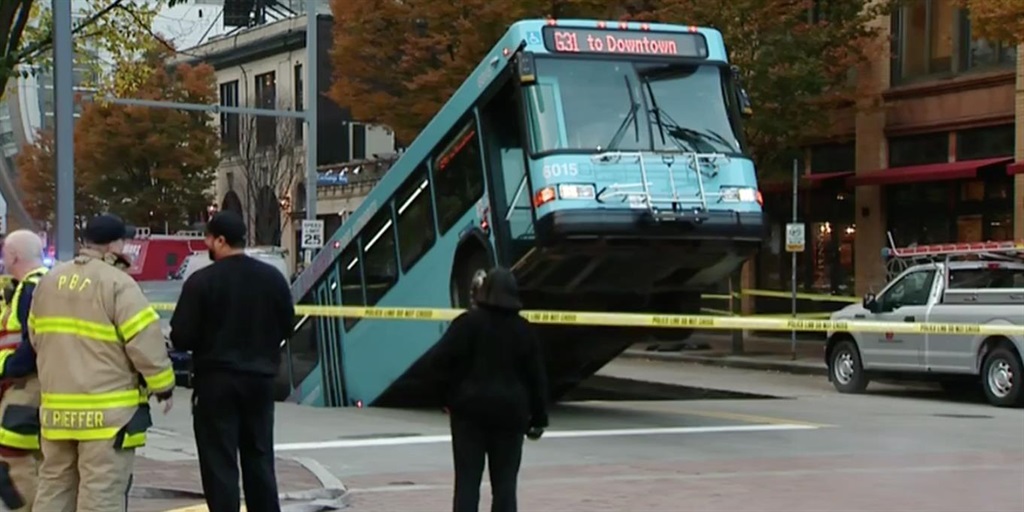 A massive sinkhole in Pittsburgh swallowed a bus during rush hour.
KDKA-TV/CBS Pittsburgh

A huge sinkhole opened up during peak rush hour in Pittsburgh on Monday, swallowing the back portion of a Port Authority bus, leaving it stranded in the road.

According to Port Authority PGH, no one was seriously injured in the incident, which happened just before 8 a.m. local time. Only the driver and one passenger were aboard the bus at the time.

A crane was needed to remove the bus, the back portion of which was trapped in the hole.

Port Authority PGH added that the reason the back portion of the bus sank is that the engine is located in the back, and it is the heaviest part of the bus.

According to CBS affiliate KDKA, the bus was stopped at a red light when the sinkhole opened up beneath it.

Video posted by KDKA shows the bus cordoned off by police tape as firefighters, passerbys, and police assess the situation.