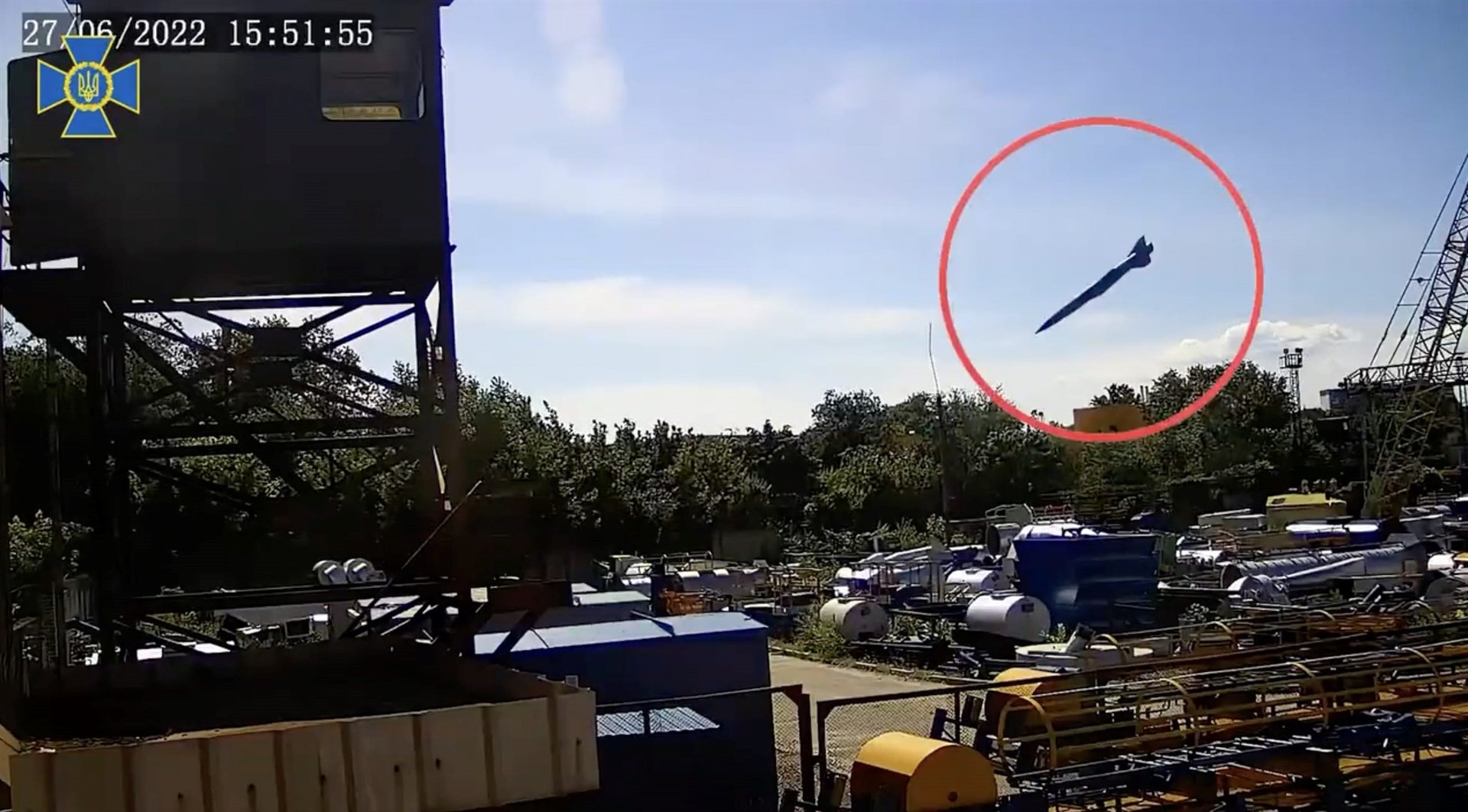 The moment before a Russian missile strikes a building in Kremenchuk, Ukraine. Security Service of Ukraine/Screengrab, Telegram

In a Thursday Telegram post, the agency known as the SBU shared a short video showing scenes right before, during, and after the deadly strike in Kremenchuk — which killed at least 18 people and injured dozens on Monday.

The video starts by showing three different views of the initial strike, throwing people to the ground and causing others to run.

It then shows footage of the missile striking a building, unleashing a massive fireball and blasting debris everywhere. The video pivots to multiple views of the strike from both inside and outside of the mall — shaking all the cameras.

The video ends by showing the mall completely engulfed by flames, and plumes of smoke rising as rescuers navigate through the destruction.

Another video from Ukraineâ€™s SBU showing CCTV footage of the Russian Kh-22 missile strikes on the factory and shopping mall in Kremenchuk. https://t.co/ToOtkEBL4z pic.twitter.com/riQldxiyBe

Mykhailo Podolyak, an advisor to Ukrainian President Volodymyr Zelenskyy, shared footage of the strike to his Twitter account, including a slow-motion view of the missile hitting a building.

"Freeze frame of X-22 missile seconds before it killed dozens of peaceful Ukrainians in #Kremenchuk — another symbol of the pointless atrocity of this war," Anton Gerashchenko, an advisor to Ukraine's internal affairs minister, tweeted on Tuesday with a still photo of the missile.

He continued: "Ukraine will not be forced to negotiate with murderers and give up our territories. Weapons are key for peace in Ukraine."

Monday's attack on the crowded mall — which prompted some world leaders to decry it as a "war crime" — came as heads of state prepared to gather in Madrid for a NATO summit.

It's the latest Russian attack on civilian areas — other strikes have hit schools, hospitals, shelters, theatres, and residential neighborhoods.