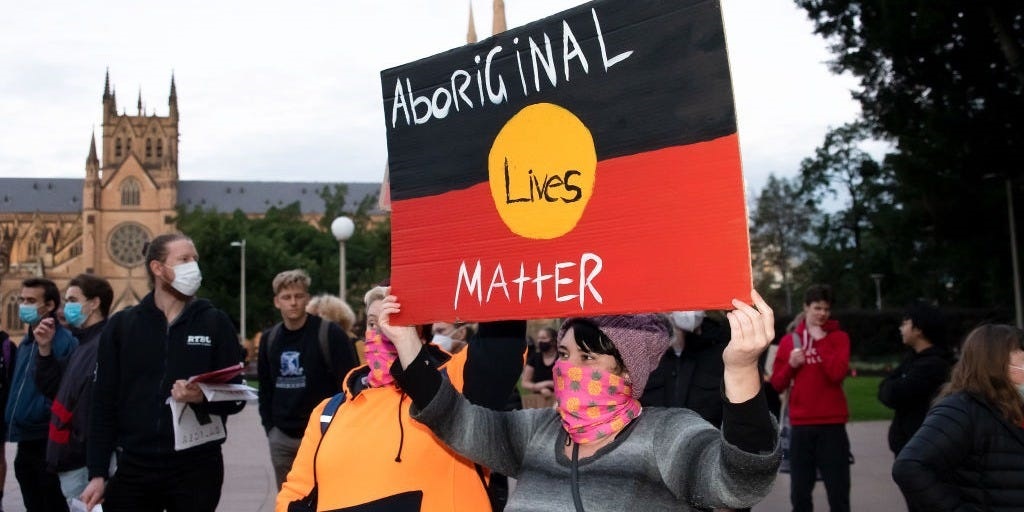 Racial tensions are mounting in Australia after a police officer in New South Wales is alleged to have used excessive force against an Indigenous teenager.

On Monday evening, a video surfaced of an unnamed officer tripping a 16-year-old and slamming him face-first into a brick sidewalk, The Guardian reported.

In the clip, the constable can be seen approaching a group of young people in a park in Surry Hills, a suburb of Sydney.

After the officer told one of the group to "open up your ears," the teen responded off-camera: "I don't need to open my ears, I'll crack you across the jaw, bro."

The officer then used his leg to sweep the boy's feet out from under him while pinning his arm behind his back, causing him to faceplant into the hard surface.

The officer and another constable restrained the teen as he moaned in pain. Another youth in the group said: "He is in pain, bro, I've never heard that."

A relative told The Guardian the teen, whose name is being kept private, sustained a bruised shoulder, chipped tooth, and cuts to his face, elbow, and knees. He was taken to a police holding cell before being transferred to the hospital.

The constable has been put on restricted duty, and police have opened an investigation into his conduct.

At a press conference on Wednesday, the teen's sister said their family is feeling anger and frustration at the constable's "unnecessary and irresponsible" use of force, the Australian Broadcasting Corporation reported.

She also called for charges to be filed.

"This police officer must be charged so we don't have to deal with another incident like this and I truly hope this is a turning point within our community and the police." She linked her brother's encounter to the global outrage over George Floyd, who died after a Minneapolis police officer held his knee on his neck for almost nine minutes.

"What is happening in America has been happening in Australia for a very long time," she said, according to ABC. "This isn't the first time something has happened like this with our people. Maybe this time people will take listen and take action."

The family's lawyer said they were considering the rare step of initiating a private criminal prosecution if charges were not filed.

The teen's father invited attendees to take the knee in support of global protests against police violence. "What I want to do is acknowledge the George Floyd family," he said, according to ABC, "We are in solidarity with you and what's happening in America."

Surrey Hill MP David Shoebridge said the 16-year-old represented the "reality of what it means to be a First Nations community member in 2020."

But police commissioner Mick Fuller downplayed the incident Wednesday on Sydney radio station 2GB, saying the officer had been on the force for three-and-a-half years and "doesn't have a checkered history."

"If there certainly is a complaint sustained against him, you would have to say he has had a bad day," Fuller said.

He said the constable could have handled the situation better, but also blamed the 16-year-old for threatening an officer.

"I was just as disturbed about the threat from a young person to physically assault a police officer as I was with the response."

Protesters have taken to Australia's cities in response to George Floyd's death, with some decrying police attacks on Indigenous Australians, as well.

At least 432 Indigenous Australians have died in custody since a 1991 commission was conducted, according to the Human Rights Law Centre.

In 2015, an Indigenous prisoner died while being transferred to a mental health unit, just a few weeks before he was scheduled to be released.

Five officers restrained David Dungay face-down on the floor, according to ABC, causing him to yell "I can't breathe" numerous times. The officers involved were not given any disciplinary action.