This entrepreneur is making 1,000 litres of water a day from Cape Town's air

This entrepreneur is making 1,000 litres of water a day from Cape Town's air 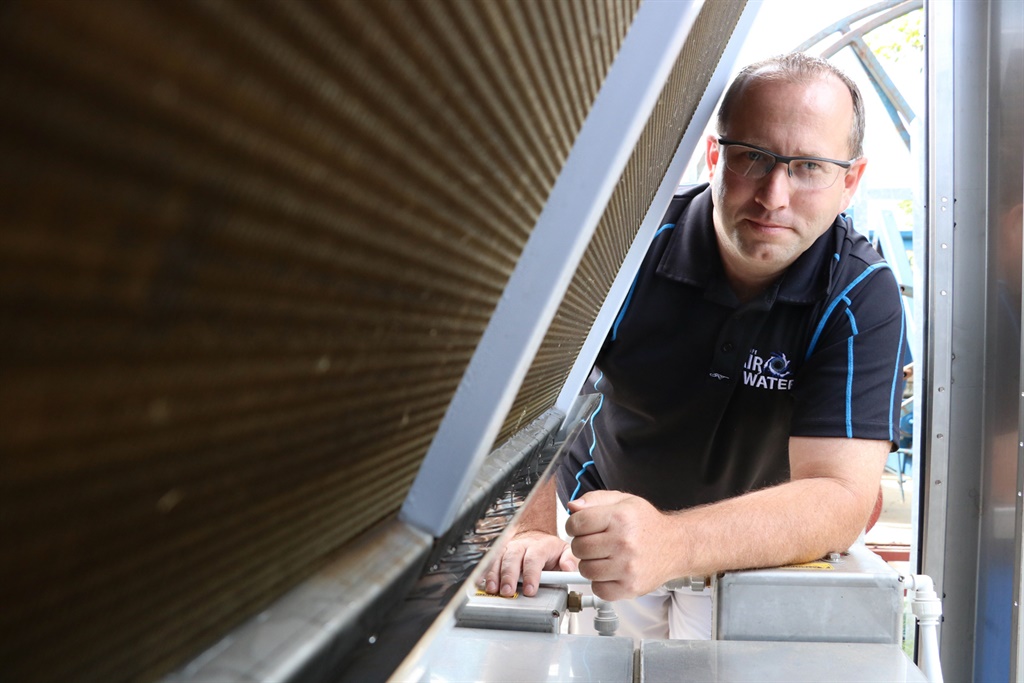 Brendan Williamson stands next to The Rainmaker, a machine that converts air into water.

Using a South African built atmospheric water generator, called The African Rainmaker, Williamson can pull air through filters to make 1,000 litres of water a day. That’s around 2,000 bottles of 500ml each.

That may put him at the cutting edge in an industry expected to reach $1 trillion by 2025.

The machine was designed by Durbanite Ray de Vries. Another nine similar machines, which will make 24,000 litres a day, are on their way to South Africa. “It’s still amazing to see today, even after a couple of months, seeing water generated from air,” says Williamson.

Williamson thought he would dip his feet into the fresh water bottling industry as a hobby. At the time he heard of The African Rainmaker, he was packing sausages and baloneys for restaurants.