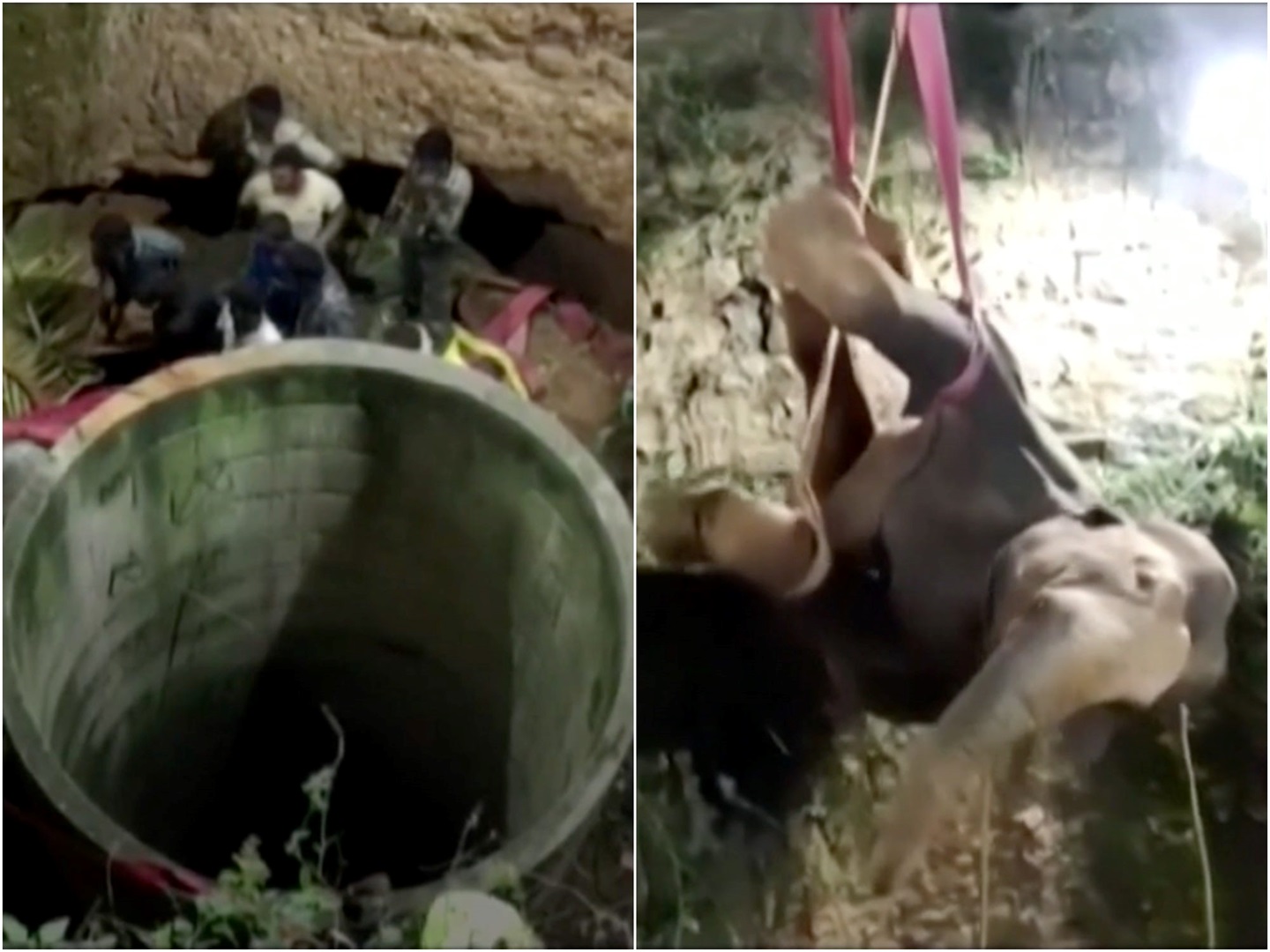 An elephant was rescued from a 16m deep well in India.
BBC

An elephant was lifted out of a 16m-deep well in India in a 14-hour rescue mission.

The operation, in India's southern Tamil Nadu state, involved 50 people, a crane, and belts, according to the BBC.

The young male elephant had fallen into the well in a village bordering a forest in Tamil Nadu's Dharmapuri district because bushes hid it, Rajkumar, the district forest officer, told Reuters.

Video footage of the rescue shows the huge mammal being gently lifted out of the deep well and placed safely on the ground to cheers from the 100-strong crowd watching — he was unharmed and has now been released into a nearby forest, the BBC reported.

Authorities in southern India rescued an elephant that fell in a well with the help of villagers and a crane, in an operation that lasted over 14 hours https://t.co/fEJ3Mhm2dg pic.twitter.com/LsBVso8Awb

"It was a deep and narrow well," Rajkumar told Reuters. "We were informed by locals early on Thursday and were able to retrieve the elephant only late in the night."

The rescue team began by clearing the bushes draining the water from the well and checking the elephant was healthy, according to Indian Express.

Food was lowered down, and he was then sedated by a vet to be lifted out.

"It was found to be healthy and active when we monitored it for three hours after the rescue," said Rajkumar.

This isn't the first time elephants in the area have fallen into wells — there have been two similar incidents in the past year.

Animals are increasingly being seen close to human settlements in India due to urbanization, deforestation, and growing village populations, according to Reuters.

Related Links
Bleak photo of a herd of elephants eating garbage on a giant dump tells a story of our times
Toxic algae – common in SA dams – caused mass elephant deaths, Botswana says
Hundreds of dead elephants in Botswana may have suffered from a novel disease
Next on Business Insider
Inside Nike's high-profile gender discrimination lawsuit, where plaintiffs claim unequal pay and more