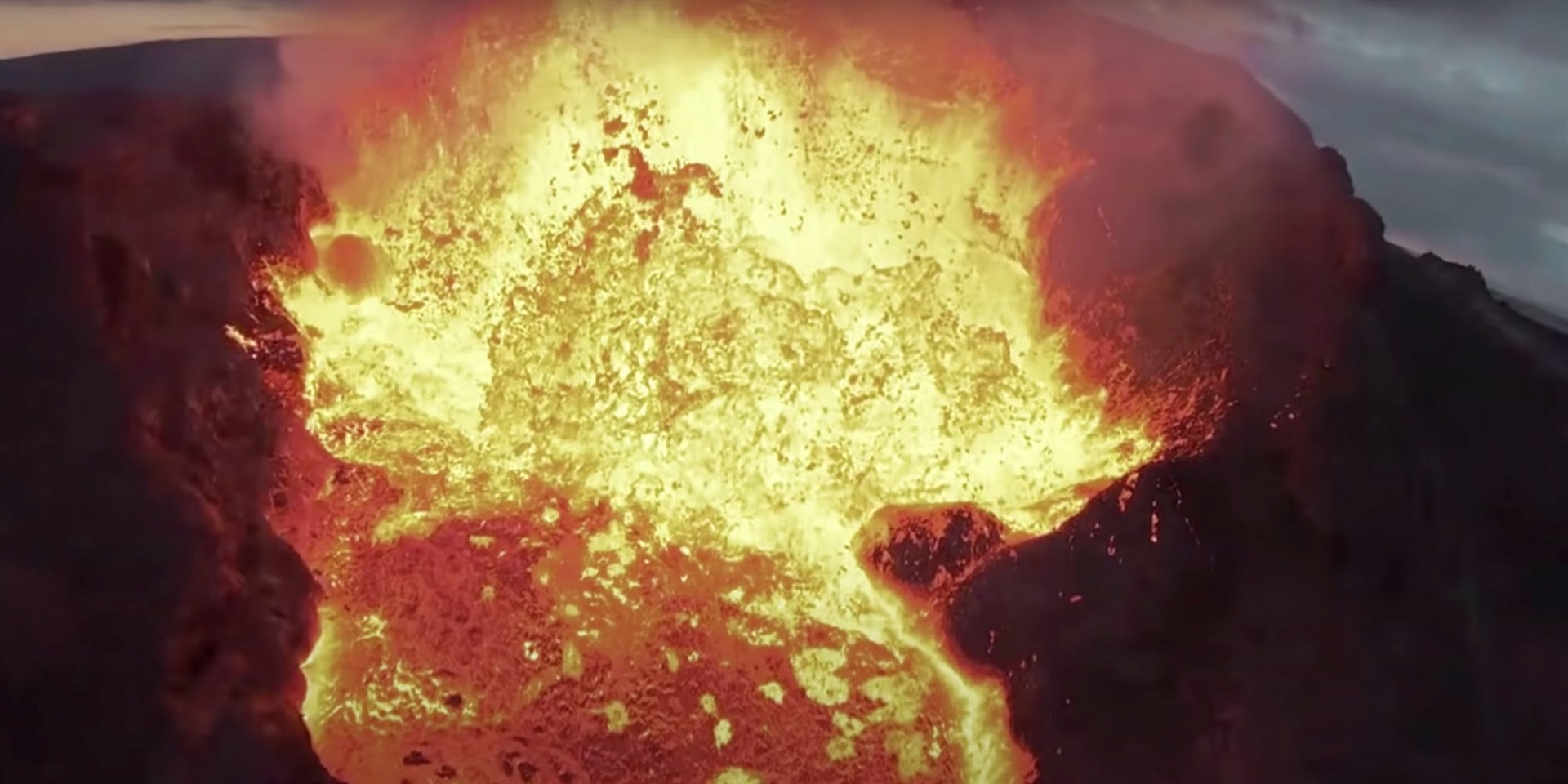 A screenshot of video from the drone as it gets closer to the volcano.
Joey Helms

Stunning footage shows the video captured by a drone as it flies into an erupting Icelandic volcano.

Filmmaker Joey Helms flew his drone towards the Fagradalsfjall volcano in May. The video shows the volcano getting closer and closer before lava covers the shot and the video ends.

Helms said on YouTube that the camera managed to "actually capture the last seconds the drone saw."

He told Reuters that getting the footage was hard: "Around the volcano where you have the hot gases emitted they cause turbulences all around it and (with) hot rocks raining on to you, flying these things is even more tricky.