A meat-free diet is linked to higher levels of depression and anxiety than omnivorous eating, according to a recent analysis in the journal Food Science and Nutrition.

That analysis examined 20 studies on meat consumption and mental health, and found an association between vegetarianism or veganism and poorer mental-health outcomes.

"How many people have you met that are both happy and diet all the time?" Urska Dobersek, a psychologist at the University of Southern Indiana who co-authored the analysis, told Insider. "Probably very few - and there is a strong, scientific reason for that - restrictive diets make people unhealthy and unhappy in the long term."

Any potential causal link, however, is still debated. Although some studies suggest that nutritional deficiencies associated with vegan diets can be linked to depression, it's possible that depression and anxiety may precede someone's decision to go meat-free.

"Meat avoidance may be both the 'chicken' and the 'egg' when it comes to mental illness," Dobersek said. 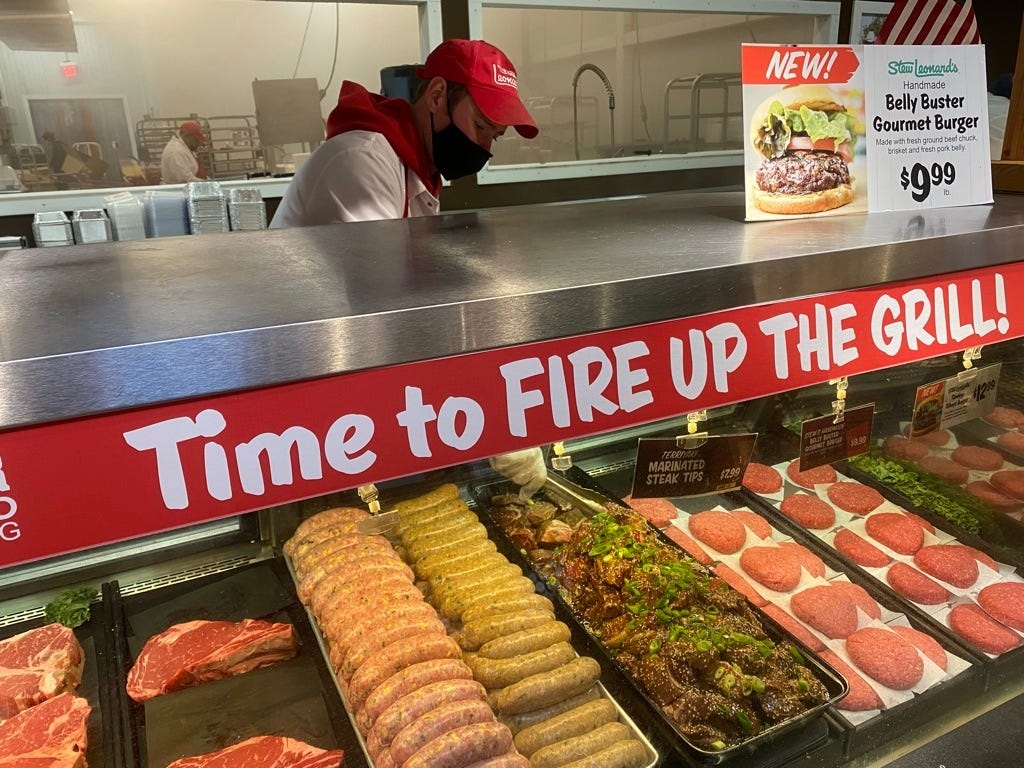 All but two of the studies relied on questionnaires in which respondents self-reported whether they ate meat or not, then answered prompts about whether they experienced anxiety and depression.

The analysis concluded that "meat abstention is clearly associated with poorer mental health."

That was true regardless of a person's sex, though the researchers weren't able to see the whether other factors influence the correlation - such as a person's age, the particular types of meat they eat, their socioeconomic status, their history of mental illness, or how long they've abstained from meat.

Still, the finding builds on previous research demonstrating similar trends, so Dobersek said she wasn't surprised. Her own team, in fact, published an analysis last year that suggested abstaining from meat is associated with a higher risk of depression, anxiety, and self-harm.

An August analysis from a team in Germany, meanwhile, also found that vegetarians were more depressed than meat eaters.

"The idea that we can become healthier, or happier, by eliminating foods and beverages is simplistic, unscientific, and not supported by valid evidence," Dobersek said.

Does veganism precede depression? Or the other way around? However, there's no evidence a meat-free diet directly leads mental health to decline.

"We cannot say that meat-free diets cause mental illness. What we did find is that the research doesn't support the idea that eliminating meat can improve mental health," Edward Archer, who co-authored the 2020 paper with Dobersek, previously told Insider.

Although several studies have found that vegetarians are more depressed than meat-eaters, other research has shown the opposite. There's also the question of chronology: Do people stop eating meat first, then develop a higher risk of depression? Or do more people who are already depressed chose to become vegan or vegetarian? Very few studies offer answers, though research from 2012 suggested that depression may precede a switch to vegetarianism.

Other possible explanations for the link, according to Dobersek and Archer, could be that people try meat-free diets to address existing mental health issues, or people with depression may be more likely to empathise with animals and make nutritional choices based on personal ethics.

"Individuals struggling with mental illness often alter their diets as a form of self-treatment," Dobersek said. "And it appears that many people choose veganism as an ethical response to the cruelty inherent in 'nature' and human societies."

It's possible, too, that individuals who are depressed or anxious about climate change are more likely to make dietary choices that lower carbon emissions. Globally, the livestock industry is responsible for about 15% of annual emissions.

Dobersek noted, though, that strict vegan diets can sometimes lead to nutrient deficiencies, especially in pregnant women. That, in turn, can increase the risk of physical and mental illness. For example, vitamin B-12, folate, and Omega-3 fatty acids are only in animal products, and a deficit of those nutrients is linked to depression, low energy, and poor metabolism.

When Dobersek's 2020 analysis came out, some who read it thought it demonstrated that meat-eating improves mental health, but Archer said "that's patently false."

Additionally, critics of those same findings pointed out that Dobersek had recieved more than $10,000 in grant money from the National Cattlemen's Beef Association "to conduct a systematic review on 'Beef for a Happier and Healthier Life.'"

The new analysis, too, was funded in part by a grant through the beef association. The authors noted, however, that the sponsor did not influence the research design, data collection, or study conclusions.

Dobersek said she thinks the results could still have implications for how dietary guidelines are created and communicated.

"With each edition, the Dietary Guidelines for Americans became more restrictive," she said. (In 2020, for instance, federal recommendations suggested Americans limit their intake of red meat, whereas no such recommendation was in the 2005 version.)

"Yet the US population has become more diabetic, more anxious, and more depressed," Dobersek continued. "I do not think this is a coincidence."