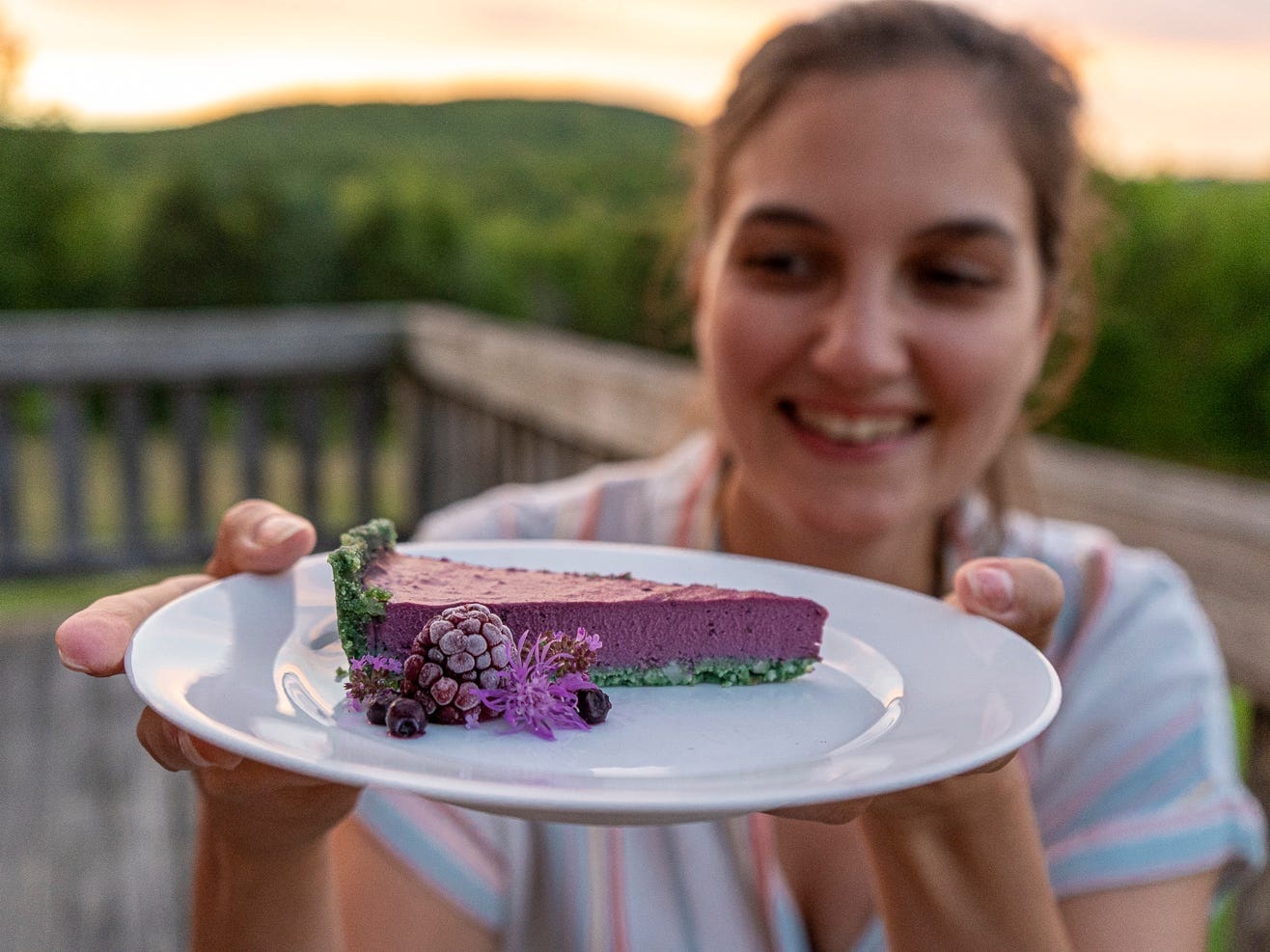 In 2016, I decided to do "Veganuary" - that is, I stopped eating all animal products for the month of January.

I had already been vegetarian for more than 20 years, so I found the switch easy. I decided to continue it for another month... and then another. Nearly six years later and I'm still a vegan, with no intention of ever going back.

At the time, my decision came down to choosing a healthy diet and doubling down on my commitment to animal welfare. There are many reasons why people make the switch, from improved health to environmental concerns, but there's one thing we no doubt all have in common: We get asked the same questions time and time again.

Here are some of the comments I regularly hear, and the responses that go through my head each time I hear them. I eat everything you do... without the meat! Pasta, tacos, soups, curries, noodles, cakes, salads, and so much more.

Sure, sometimes I have to be more creative in the kitchen, but I can now make anything from fresh pasta to paella, cheesecake to ice cream. I even made a fully vegan cheese board from scratch. Plus, the boom of plant-based products in supermarkets has made it so much easier for vegans to make a quick, satisfying meal. Anything is possible.

No, I simply don't see bacon as food.

Some vegans who once enjoyed the taste of meat may miss particular foods or may salivate at the smell of them cooking, but this isn't true for me or for other plant-based eaters.

'I don't understand meat substitutes. Why not just eat the real thing?' I hear this one all the time, but some vegetarians' and vegans' decision to give up meat has nothing to do with its taste, so substitutes make it easier for them to quit meat while still getting that taste they like. While these products typically contain more sodium than real meat, experts say they're still a healthier option.

"All vegan foods, including processed foods and vegan meats and cheeses, can have a place in a balanced, healthful diet," said Taylor Wolfram, a registered dietitian.

While I'm personally not a huge fan of these items, if fake sausages and burger patties help more people skip meat, I'm all for them.

'Where do you get your protein, calcium, etc?'

Some people seem overly worried about my health when they find out I'm vegan. Protein seems to be the biggest sticking point, but as vegan body-builders and professional athletes have shown, there are ample ways to meet your protein requirements, even for highly active lifestyles.

"The best source of protein for vegans is legumes," Wolfram said. "This includes beans, peas, lentils, and peanuts. Soybeans are a bean, so tofu, tempeh, soy milk, and soy-based meats 'count' too."

Of course, switching to a vegan diet doesn't automatically mean you're healthy, and it's important to make wise food choices to get enough vitamins and minerals - a vegan diet can lead to deficiencies in nutrients such as calcium, vitamin B12, vitamin D, omega-3 fatty acids, iron, iodine, and zinc. 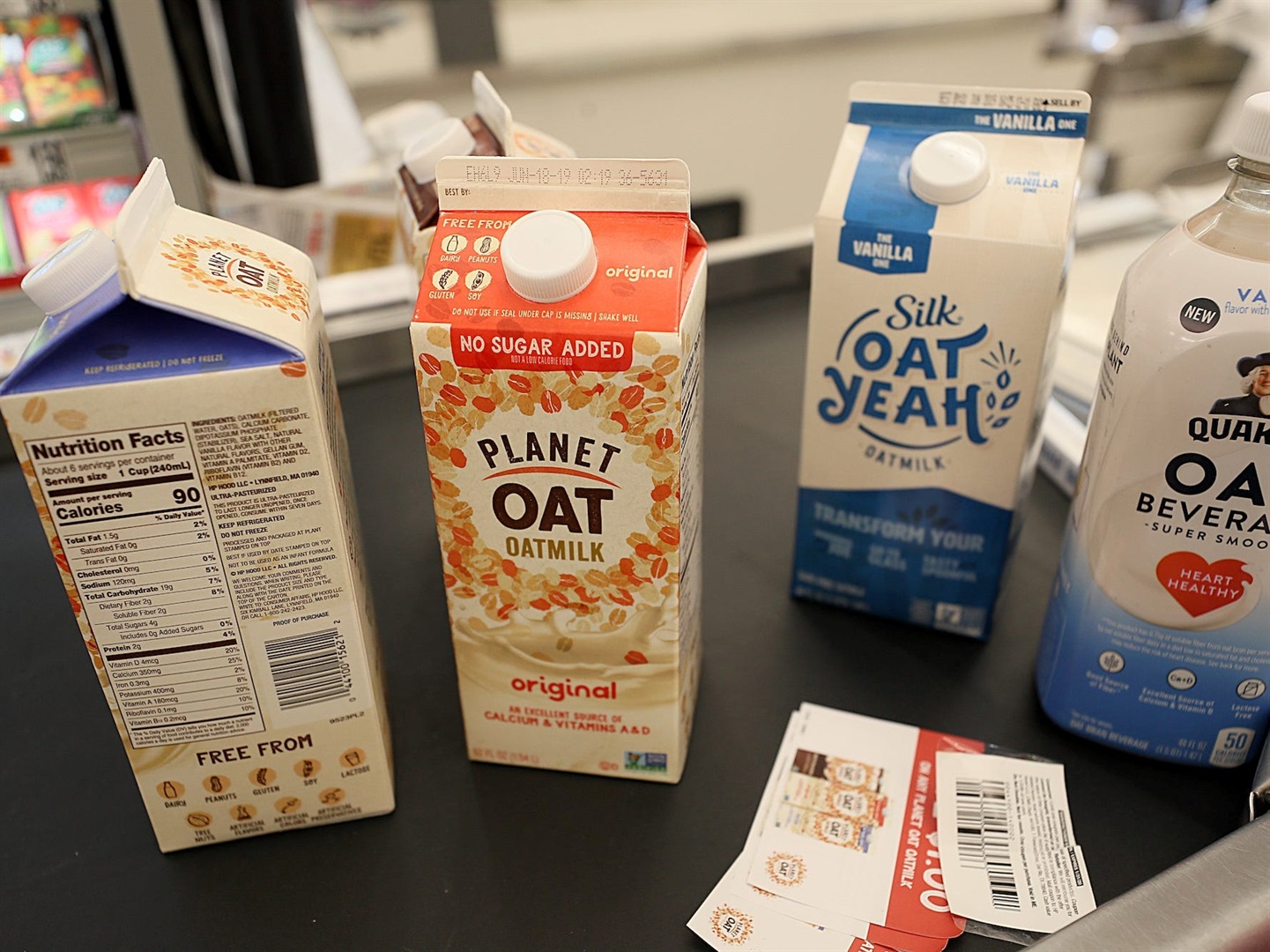 Fortified milk is one great way to get calcium.
Suzanne Kreiter/The Boston Globe via Getty Images

One way to meet these needs is with a varied diet of plant-based foods, as well as supplements and fortified products.

"The best sources of calcium for vegans are calcium-fortified milks, cooked kale and collard greens, and calcium-set tofu," Wolfram said. "Other foods contribute some calcium as well, such as almond butter, tahini, edamame, tempeh, and bok choy. Calcium supplements can help fill in any gaps."

Dietitians also recommend vegans take a B12 supplement and consume foods fortified with vitamin D and/or a supplement. Other supplements to consider taking are for iodine and omega-3s.

'After a while, your body will crave meat. It's natural'

Some communities have been meat-free for generations. Personally, I haven't eaten meat since I was a child, and I haven't craved it yet.

"All of the essential nutrients that animal meat supplies can be obtained through plant-based food, so if someone suspects they're craving animal meat due to a nutrient deficiency - which isn't typically the reason behind a craving - they might want to think about where they're getting their iron and zinc," Wolfram said.

Registered dietitian Catherine Perez added that a lack of protein might also be the culprit.

"If you swap out a steak and make a large salad and use maybe 2 tablespoons of beans (I've seen this a lot), you aren't going to feel satisfied for very long," she said. "You might initially because you are increasing your fibre intake, but after some time, not getting enough balance with your meals will make you start craving things to help fill the void, and your body will crave things it remembers."

Vegans who crave meat likely just enjoyed the taste of it at one time. For example, people might miss the chewy texture of meat, but that's where plant-based proteins, such as vegan meat alternatives or tofu, can help. Your food also needs to be seasoned well, and Perez recommended adding paprika for smokiness, as well as herbs, citrus, and umami flavors.

'I could never be a vegan. I love meat too much' An activist in Mexico City.
Gerardo Vieyra/NurPhoto via Getty Images

I've never enjoyed meat, so this one is hard for me to understand, and my stance is that my love for animals supersedes my taste buds. However, an admittedly more productive response to this comment would be to simply share vegan food and show how creative, delicious, and satiating it can be.

Additionally, if people do show an interest in cutting back on meat consumption but don't know where to start, I'd encourage smaller steps, like trying out Meatless Mondays.

'What if you were on a deserted island? Would you eat meat to survive?'

I am fortunate enough to have access to affordable, plant-based food, which isn't the case for all communities in the world. So the reality of me being in such an extreme situation that I am forced to eat an animal is highly unlikely.

But my simple answer: If there are animals on this island, what are they eating to stay alive?

'But animals are meant to be eaten. They're alive because of us' A rescued chicken at the Animal Place sanctuary in Vacaville, California.

I'm not sure humans can be proud of bringing animals into the world for lives of suffering and death. The depiction of a happy cow being milked in a lush green field is just not the reality for so many farm animals, especially those in factory farms.

I always bite my tongue before sharing the graphic details of these farming practices with meat eaters, unless they are genuinely curious. In the same vein, I would recommend that non-vegans think twice about saying something to vegans that dismisses animals' suffering or that suggests it should exist for our benefit.

'You're vegan? I feel sorry for you'

This one - a mainstay of Facebook comment sections - makes my blood boil, and I suppose that's the intention. I enjoy this lifestyle, I'm proud of it, and I get to eat delicious food, so it works just fine for me.

It's easy to feel angry when someone derides your choices, but ultimately, I know it has to be treated with patience. Perez said she tries to remember a time when she was not vegan and had little understanding of it herself.

"Everyone is at a different point in their life and while we can absolutely feel offended by things like this, it's important to remember that being compassionate and just living your life to your values and ideals is the most important thing," she said.

"I never force my values or opinions on others and instead just share the food I love and show them it's not just eating grass," she added. "And you'd be surprised, some people start to listen, get less defensive, and want to listen to your 'why.'"