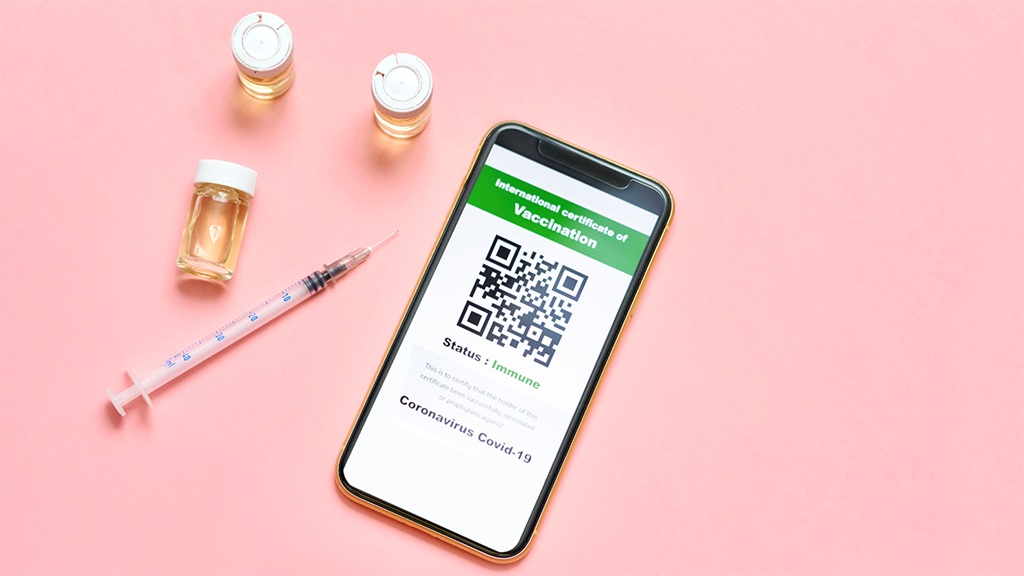 South Africa is being urged to digitise its Covid-19 vaccine and testing certificates in a standardised way which will make it easier for travellers to pass border security checks.

After a painfully slow start, South Africa’s vaccination rollout is now gathering momentum, with 10% of the population having received at least one dose of the Covid-19 vaccine. More than half of all these doses have been administered in the past month alone.

More than a quarter of the global population has received at least one dose of the vaccine, with countries like the United Kingdom (UK), Germany, France, Canada, and the United States (US) already past the 50% mark.

Countries with high vaccination rates – approaching herd immunity – are slowly starting to ease travel restrictions which have been in place for most of the year. Travellers from South Africa, due to the discovery of the Beta variant back in December, have remained some of the most restricted in the world.

This cautious resumption of international travel is underwritten by a set of new rules. Fully vaccinated South African travellers – those who have completed their full course of region-approved doses – have been given the green light to visit some countries in Europe without having to spend weeks in quarantine.

This trend is expected to continue, at least in the short to medium term, as more countries open up.

“The hype is all going to be around making sure you’ve had your vaccines as well as proof of which vaccine has been administered,” Andrew Stark, Flight Centre Travel Group’s managing director for operations in Africa and the Middle East told Business Insider South Africa.

“It’s probably a two-year problem because I think that within two-years, when the world has built up a global immunity, it will fall by the wayside quite quickly. [But] certificates, around the world, no matter where you are, are highly corruptible and it will create a bit of a headache initially.”

Vaccine passports to be the norm for international travel (for now)

The European Union (EU) recently implemented a Digital Green Certificate – equipped with a digital signature in the form of a scannable QR code – which is used to prove a traveller’s vaccination status, allowing for free movement between member states.

The UK has developed its own NHS Covid Pass, India has its QR-verifiable CoWin platform, US states are introducing digital health records stored on mobile phones, and China launched its International Travel Health Certificate back in March.

While a lack of standardisation among the various passes for the purpose of international travel remains a concern, the common thread throughout is the digitisation of Covid-19 vaccine and test certificates.

“We did some research at IATA which predicted that if we had to continue using manual paper processes you would get very significant waiting times at airports. The total airport experience, from check in to departure and then the arrival part, we estimated that would go from about 1.5 hours in a normal peak environment to about 8 hours if the volume of passengers recovered to the levels we had seen in 2019.”

These delays relate to the manual vetting and authentication processes undertaken by airlines, airport staff, and border security in the country of departure and arrival. Authenticating a physical vaccine card, which is easier to forge than a government-backed digital vaccination code, is likely to create bottlenecks at international processing points.

Although IATA – like the World Health Orginisation (WHO) – believes that vaccinations should not be a mandatory requirement for international travel, the association which represents roughly 80% of the world’s airlines has introduced its own digital Travel Pass.

“With this in mind, IATA is encouraging governments to accept digital Covid-19 test and vaccination certificates and, by extension, the IATA Travel Pass’s ‘OK to Travel’ status indicator as verification for health entry requirements. South Africa's Minister of Transport, Mr Fikile Mbalula, has publicly stated the Government's interest in the IATA Travel Pass. Discussions are underway with the relevant authorities and laboratories with a view to the app being accepted for use in the country.”

Stancu explained that for South Africa to be part of global travel’s restart – and benefit from an internationally recognised health pass initiative – government would need to introduce four digital solutions:

“It would be ideal in a global context if we had a common standard that could be applied [but] that is highly unlikely. So, we have a digital solution but different standards of the digital solution,” said Walsh. IATA’s Travel Pass is currently being trialled by at least 50 international airlines.

“We’re working directly with laboratories which are certified for testing, so you can have trust in the report that you’re getting and that’s what it’s really all about. Governments are trying to understand how they can trust the source of the data… is a piece of paper that can be replicated a trustworthy source of data? So, we’re looking to work with as many governments as possible to help provide a digital solution.”

South Africa’s department of health has hinted at a digital Covid-19 vaccine certificate. Access to a digital record was first mentioned during the launch of the Electronic Vaccination Data System (EVDS) back in late-January. The EVDS is the digital backbone of South Africa’s rollout, tracking doses, sites, dates, and ID numbers of those registered and vaccinated.

To date, South Africa’s government has provided no further significant updates to the proposed digital certificate.

The national department of health’s spokesperson, Popo Maja, told Business Insider SA that the digitisation process had been delegated to the department of international relations and cooperation (Dirco).

“This decision was taken in Technical Task Team of the DGs. And it was decided that Dirco will lead. It is about policy on Vaccine Passports,” Maja explained.

But Dirco says it hasn’t been tasked with developing a state-endorsed digital solution or determining policies around vaccine passports.

“Dirco has nothing to do with it… the department of home affairs [which Business Insider SA also approached for comment], at the very least, should have an opinion on this because this would be a travel document and they are the authority on travel documents [and the department of] health is in charge of the vaccination programme,” Dirco Spokesperson Clayson Monyela told Business Insider SA.

The EVDS’ project manager, Milani Wolmarans, confirmed to Business Insider SA that digital certificates “will be made available and the technology for this is being developed” but provided no further timeliness or details.

And while private sector players are developing their own digital, mobile-based records – with Discovery’s Covid-19 Vaccination Navigator one of the tools assisting clients – the move towards a cohesive digital system needs to be led by government.

“Those that are on medical aid [less than 30% of South Africa’s population] will have a registration of what vaccines have been administered… so you’ll have some proof,” noted Stark. Whether this proof will be accepted by all international authorities is still to be seen.