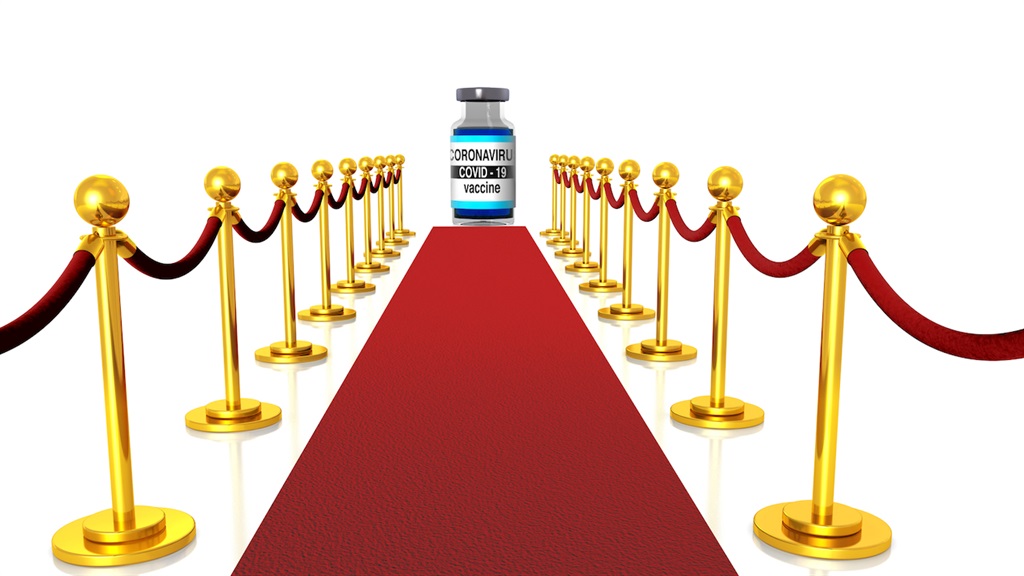 Between Absa and First National Bank, you can win R7 million in big draws, with a chance for another R200,000 via a government-backed general lottery and an Old Mutual campaign.

There are also grocery vouchers, Uber rides, and a 10% discount once a week that Game has reintroduced.

Various countries and institutions have come up with a range of vaccine incentives – either before or in addition to the kind of vaccine mandate South Africa is now considering – in support of public health, or to save themselves money when their customers die, or both.

Here are some of the major vaccine incentives available in South Africa.

At the end of January, a DG Murray Trust and National Department of Health draw will award a total of 1,055 cash prizes to random people in the vaccine database, for a combined value of R2 million.

There is no other entry requirement; everyone who receives at least one dose by 31 December will be entered.

A 10% discount at Game every Wednesday in December

In August, retail chain Game announced "Vax Appreciation Wednesdays", a 10% universal discount on purchases below R10,000 if you show proof of vaccination. That ran until the middle of September.

That initiative was reintroduced for December, which means the discounts will be available on the five Wednesdays in the month.

Game insists the discount is "not an incentive to vaccinate, but rather a 'thank you'" for getting the shot – but reintroduced it on the back of concerns around the Omicron variant.

R200 grocery vouchers for anyone 50 and older

The Vooma Vaccine Voucher was introduced as a R100 incentive for people older than 60. The age requirement has since been dropped to 50, and the value doubled to R200.

It is very nearly an automatic payment: after getting their shot, those eligible are supposed to receive an SMS inviting them to take up the offer, and they must respond to take it up.

The idea is to offset the cost of reaching a vaccination site.

The vouchers can be used at Checkers, Shoprite, and Usave stores for pretty much anything short of exchanging it for hard cash, including to buy airtime and electricity.

Up to R6 million for some First National Bank customers

First National Bank started monthly draws in October, and the last is due at the end of December. That will see three of its customers win a minimum of R3 million, and as much as R6 million each.

Those in good standing (with no outstanding debt with the bank) and a South African ID number can declared, via the FNB app, that they have receive at least one dose of a Covid-19 vaccine. That puts them into the draw, with proof of that vaccination required only for winners.

The life division of Absa is offering weekly prizes of R100,000, and a single grand draw for R1 million, for vaccinated customers. The weekly prize is a specific incentive to get vaccinated sooner rather than later, but entries only close on 9 January.

The weekly draws are on a Tuesday, and the final draw is due on 11 January.

Life policy premiums must be up to date, and the customer must be a resident of South Africa, if not a citizen.

Entries are via the Old Mutual WhatsApp chat, on 0860 933 333, after you give permission for your vaccine status to be verified.

Draws take place on a Monday, with the last on 20 December.

R200 worth of Uber trips to get to a vaccination site

Uber and Mastercard are sponsoring two rides at R100 each, as long as they start or end at an official vaccination centre.

Claiming is a little complicated. You have to get a voucher at t.uber.com/SAvaccine, and either link that to your Uber account or create a new account. But once it is added to your Uber wallet, it is automatically applied on qualifying trips.

There's an Uber fare estimator you can use to check if R100 will be enough to cover your trip each way. The list of vaccination sites you can travel to and from is on the government's SACoronavirus site.

The offer runs until the end of December.