Usain Bolt, the fastest man in history, is pivoting to a career in reggae music 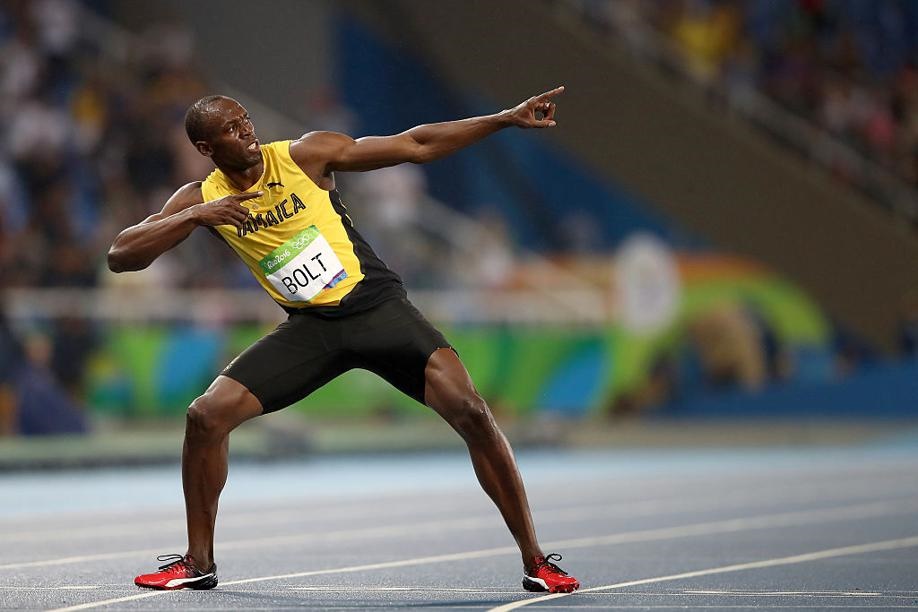 Life after professional sport can be difficult for many. Not for Usain Bolt.

Since retiring from athletics in 2017, the nine-time Olympic champion has kept himself extremely busy with a vast array of ventures, including a brief soccer career with Australian side Melbourne Victory, time as a brand ambassador for Virgin, and the launch of his own e-scooter brand, Bolt Mobility.

His most significant move, however, has been into the world of music.

In July 2019, the 33-year-old unveiled his first project as a producer - "Usain Bolt presents: Olympe Rosé Riddim" - which was released alongside a champagne of the same name.

The tape featured five tracks in which five different Jamaican artists rapped or sang over the titular beat.

The lead single, a medley, has been watched nearly three million times on YouTube.

He followed up his debut effort with a similar project in November - "Usain Bolt Presents: Immortal Riddim" - which featured dancehall icon Vybz Kartel, among others, and earlier this year, he guest starred on Ultimate Rejects' soca hit "Energy to Burn."

"Music is something that I've always wanted to go into," Bolt told Business Insider in an interview in February.

"I had the opportunity to do that when my champagne came out. So we did the riddim [Jamaican patois for the instrumental on a track] for that, and we've had the chance to do another riddim since. It's great because people are really starting to take me seriously."

Now, having explored his musical heritage in Jamaica, Bolt is ready to take things stateside with one of America's biggest rap stars, Quavo - one of the three members of Migos.

"Over the Super Bowl weekend, we actually met with Quavo to discuss going to Los Angeles, to just feel the vibe and see if he wanted to do something together," he said.

Quavo is a two-time Grammy nominated artist, and has had two Number One albums with the collective in the United States, with their biggest single "Bad and Boujee," selling over five million copies worldwide. The 28-year-old released his debut solo album "Quavo Huncho" in October 2018, which charted at number two in the US.

"It's something we are working on," said Bolt.

"But we take our time. It's something we don't rush. We are just taking our time and seeing what's the best direction to take."

Bolt began his music career as a DJ

Bolt's experience as a disk jockey dates back to 2010, according to Vice, where he played to a sizeable crowd at a Puma branded event at the Hotel de Ville in Paris. Songs he selected on the night stayed true to his homeland, and included Bob Marley's "Iron Lion Zion" and Junior Reid's "One Blood."

In 2012, he performed a guest set at the closing ceremony of the Summer Olympics in London alongside legendary UK DJ, Fatboy Slim.

The same year he entertained a crowd at the IAAF Diamond League after-party in Oslo, Switzerland, while in 2013, he played Kingston's famous Club Privilege, where he mixed and scratched to the sounds of Ding Dong, Bogle, and his other favourite Jamaican musicians.

Other venues Bolt has played since include Sin City on the Gold Coast of Australia, Opium in Barcelona, and Tape, London.

Recently, Bolt has moved away from his usual pick of just reggae and dancehall classics, incorporating modern hip-hop and trap into his mixes. During a surprise gig at the launch of his partnership with gambling firm Ganapati in London earlier this month, he did just that, playing hits from Drake, Sean Paul, and, fittingly, Migos.

He told Business Insider after when asked about his choice of songs: "Drake always, always stands out. I like people who are consistent. Drake and Future, and all these guys that are coming up, you know what I mean. So that's what I'm playing, but we try to play the hits too."

Bolt's stand out selection on the day was from Koffee, the 19-year-old Jamaican singer, whose EP "Rapture" won the award for Best Reggae Album at the 62nd Annual Grammy Award's in January.

Bolt says he and Koffee, real name Mikayla Simpson, are close, and that he can even take credit with putting her on the map.

"She made a song about me," he said. The song Bolt is referring to is her 2017 debut single "Legend."

"And it was so good when I heard it. People [have] always made songs about me throughout the years. But when I heard hears I was like: 'This I really good.'

"I put in on my Instagram, and it got so much traction and stuff, that's where it all started for her."

Not to take all the plaudits, Bolt added: "I'm just grateful for the fact she always gives me love, and she works hard. 19 and to win a Grammy is a big deal. Congrats to her."

Having helped create a Grammy winner, Bolt hopes it could be him next.